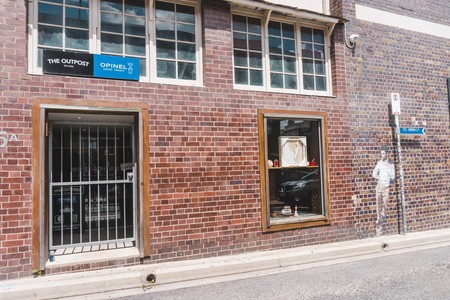 In recent years, there has been an influx of independent stores opening in Brisbane; particularly in Fortitude Valley’s premier fashion district, James Street. These include clothing boutiques, as well as gift and homeware stores. Here are the 10 best independent stores to check out in Brisbane, Australia.

Launching in 2011, Molten Store is the “premier destination for otherworldly jewellery and accessories”. The store’s founder, Jessy Cameron says she has always been a bowerbird, and that everything stocked in Molten Store is something she would personally wear. Molten Store has a variety of jewellery, gorgeous headpieces, clutches and bags, and bridal accessories for your big day.

Located on West End’s hip Vulture Street, The Happy Cabin opened in 2012. The small clothing and accessories boutique has a lot of colourful stock for both men and women. These include Jericho Road Clothing’s iconic printed tops and dresses; Happy Socks; Hawaiian-style men’s shirts from The Critical Slide Society; summer sandals from Salt Water Sandals; and Fjallraven Kanken’s popular backpacks. The Happy Cabin is also home to one of Brisbane’s best vintage stores, Box Vintage. 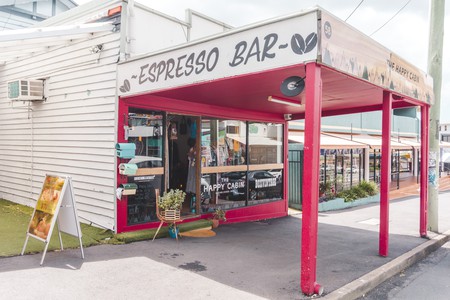 Apartment first opened in Brisbane City’s Elizabeth Street Arcade in 2006. Its selection of high-end streetwear and sneakers saw it quickly become one of the city’s premier menswear retailers. Apartment stocks international labels from countries such as Canada, Denmark, Japan, and Russia. The store says it primarily values craftsmanship and construction, so customers can be assured they’re receiving only the highest quality products.

Calexico is a women’s fashion boutique located on James Street. Nicky Charman, the director of Calexico, says the store is her creation “of a one-stop boutique for every need of the women of Australia”. Calexico is home to over 80 international designer labels, and Charman personally selects the seasonal campaigns herself. Some of the brands on offer include Gianvito Rossi, Acne Studios, Equipment, Proenza Schouler, and Helmut Lang. So stop by to see the team of personal and knowledgeable stylists at Calexico today. 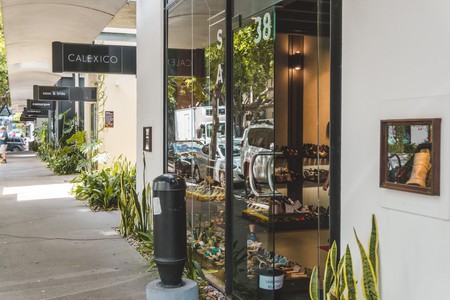 Established in Brisbane City in 2010, Sallyrose Boutique is a fashion store that stocks over 40 different Australian designer labels. These include brands like We are Kindred, KEEPSAKE, The Fifth Label, and Finders Keepers. Sallyrose also stocks formal wear, and has new arrivals in store (and online) weekly. The company launched its online boutique in 2015, and its database includes over 2,000 regular customers. Visit them in-store and find out why these loyal customers keep returning to Sallyrose Boutique.

Aurium Boutique focuses on timeless styles from the best Australian designers. It began in 2014 as a series of pop-up market stalls at places around Brisbane, including the Eagle Street Pier Markets, Kelvin Grove Markets, and Carseldine Markets. Its flagship boutique, stocking women’s fashion, was opened in 2015 at Wintergarden in Queen Street Mall. Aurium wants to help its customers embrace their own individual style, feel confident, and look their authentic best, no matter the occasion. 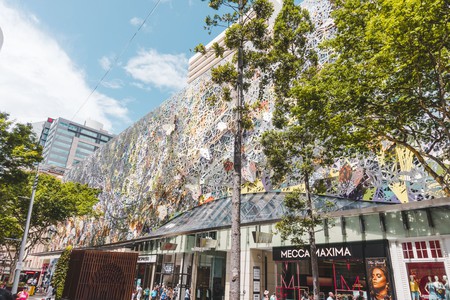 Violent Green is Apartment’s neighbour in Brisbane City. The independent boutique opened in 2004, and stocks a variety of Australian and international labels. Some of the stocked designers include Karen Walker, Kapten & Son, Le Specs, Dickies, and Richer Poorer. Violent Green has both men’s and women’s fashion, as well as a large range of jewellery and accessories. These include bags, socks, headwear, ties, and sunglasses. There’s something for everyone at Violent Green.

Located in Fortitude Valley’s Winn Lane, The Outpost is what owner, Matt Brady calls a modern general store. Inside The Outpost, visitors will find quality menswear, accessories, and food products. These include relish from Stradbroke Island, Opinel knives from France, and men’s clothing and accessories from labels such as Carhartt, Edwin, and Penfield. The Outpost has also been known to host live performances and exhibits, so it’s definitely worth a visit when in Brisbane.

Samantha Ogilvie stocks an “artful edit” of luxurious international and local designers. Some of the labels to be found in store include Saint Laurent, Gucci Sunglasses, See by Chloe, Diane von Furstenberg, self-portrait, Oscar de la Renta, and Loeffler Randall. Samantha Ogilvie likes to go the extra distance for its customers too. These include tailoring and alteration services (with fast turnaround if needed); associates experienced in personal styling; and a delivery service for time-poor customers.

Nook is located in the front two rooms of an old timber cottage in West End. It is an independent boutique that’s home to a wide variety of handmade products and accessories from local and international artists and designers. A lot of the products have been created from recycled materials, such as diaries from old books, and wallets made from old bicycle tyres. There are also handmade ceramics, kitchenware, gifts and stationery, from brands like Paper Boat Press and Empire of Bees. Nook is the perfect place to visit to find an unique gift for a friend or family member.