Australian Surf Brands You Should Know 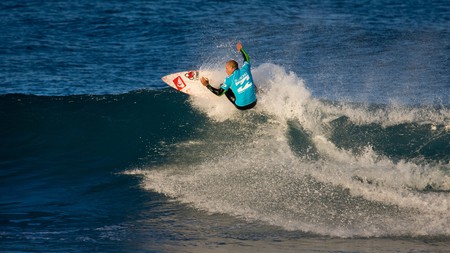 Australia has long been home to some of the best surf brands in the world. It’s not surprising, though, considering there are 2.5m surfers and thousands of surf spots across the island continent. Read on to discover the top surfing brands from the Land Down Under.

Australia is known for its beaches, sand and, of course, sun, and with the desirable climate comes the necessary surf brands. Some of the leading brands in innovative surfwear and surf accessories are the brainchildren of the most seasoned Australian beach bums. Make sure you put these 10 on your radar – some you may have heard of, some not, but they are all ones to watch.

This ethical surfing brand originated in – you guessed it – Byron Bay. Byron Rashie’s unique style was born when the owners realised there was no rash vest on the market that could keep you safe in the sun all day. The brand’s design has long sleeves and a hood to protect you from the sun and wind, making it the perfect beachwear from dawn to dusk. It also makes beautiful long-sleeved swimsuits designed to keep your skin freckle- and cancer-free.

If you’re looking to invest in an authentic Australian surfboard, look no further than the aesthetic designs of Maywood, based in Burleigh Heads. The brand specialises in handcrafted surfboards made from recycled Australian cedar. Clothes-wise, it has a line of vintage-inspired tees made of 100 percent cotton and board shorts designed to grip your surfboard when you duck dive that wave.

Ocean & Earth is one of the largest and most well-known surf brands in Australia; two surfers in Burleigh Heads started the company in the late ’70s. Since its original staff of three, it has branched out all over the world and become the leading manufacturer of surf leashes and bags. So, if you’re planning that long-awaited surf trip and need a new padded bag, look no further than this seasoned brand. 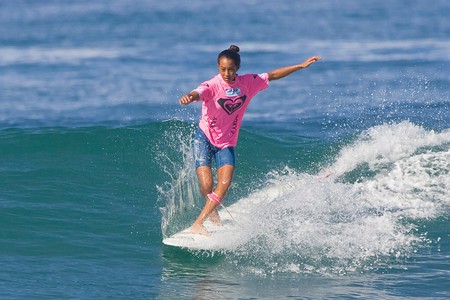 Roxy is known for sponsoring some of the best female surfers, including Kelia Moniz | © ZUMA / Alamy Stock Photo

The iconic surf brand Roxy resonates with every Australian girl. In 1990, Aussie icon Quiksilver took a risk by starting one of the first women’s surf brands. At this time, female surfers were hugely outnumbered by their male counterparts. But the gamble paid off, and Roxy took off with its line of funky swimwear and eventually expanded into clothing. Today, the brand sponsors some of the greatest female surfers in the world and is a beacon of support for women breaking into the male-dominated World Surf League. So, by supporting Roxy, you’re also supporting the future of women in the sport.

Back in the early ’90s, a team of young creatives travelling around Australia founded Insight as a way of life. Simple and clean-cut, its clothes take inspiration from a wide variety of sources, including surfing, music and art. It often hosts events around the country, such as pizza nights in its workshops, and organises gigs with local talent.

With brand ambassadors such as Gigi Hadid, Miranda Kerr, Jessica Hart and Samantha Harris, Seafolly is the biggest swimwear brand in Australia, epitomising the Aussie beachside lifestyle. It has a swimsuit for every woman, of every shape. Its clean, bright designs are made to be both fashionable and functional, so you can look fantastic when diving under the waves or lazing by the pool.

“Art, surf and fun” are the three words this surf brand keeps in mind when designing its products. What began as a hobby between founders Sam Coombes and Jim Mitchell grew into a beloved Australian brand that has expanded to the UK, USA, Canada and Japan. The pair’s idea began as a blog where they would document their favourite surf artists, which eventually led to them selling a small collection of surfwear before ballooning into the international brand it is today. TCSS’s clothes designs are chosen carefully, with equal parts simplicity and classiness.

Established in the 1980s, Globe initially started out specialising in skateboards and street designs but expanded into “everything boards” after 10 years of successful production. Teams of skaters, surfers and snowboarders got together to create a massive range of skate, surf and snow products, and the brand has grown into a global network of contributors united by their love of boardsports. Whatever board-related sport you do, Globe will make sure you look good while doing it.

An Australian surf brand doesn’t get more Aussie-sounding than Billabong. Gordon Merchant started the business in Gold Coast in 1973 by making board shorts in his home and selling them in local surf shops. His signature triple-stitching was one of the features that made his boardies stand out from the rest – they were super durable, and surfers loved them. Soon, pro surfers were repping them, and the brand took off internationally. Today, it produces a whole range of surfwear and accessories, as well as a women’s surf brand collection. 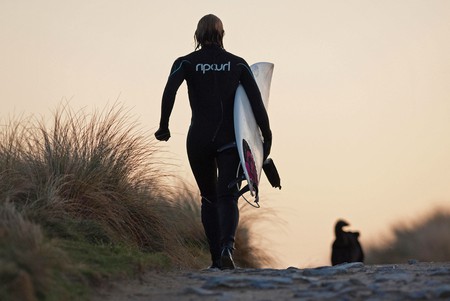 No list of surf brands would be complete without a mention of our beloved Rip Curl. Doug Warbrick and Brian Singer established the brand in the tiny town of Torquay, Victoria, in 1969 and initially produced surfboards. They moved on to designing the perfect wetsuit, suitable for cold Victorian mornings, and soon became one of the biggest surfwear brands to come out of Australia. The company is also a major athletics sponsor, with the Rip Curl Pro surfing competition held every year at Bells Beach, just 10 minutes from the Rip Curl HQ in Torquay; this classic Australian event attracts the best surfers from around the globe.