Southeast of the Philippines exists a place forgotten by time. Surrounded for hundreds of miles by the Pacific Ocean, Palau is a natural paradise unsurpassed anywhere else in the world. Here, inside its maze of small, rocky outcrops, lies the island of Eil Malk, where you can swim with millions of jellyfish unharmed. 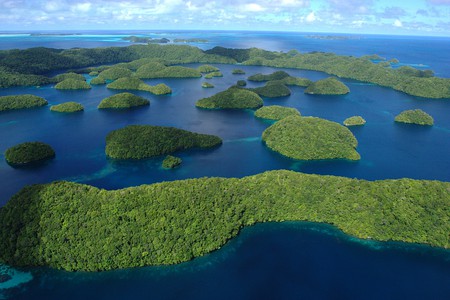 For anyone fascinated by marine life, Palau is a must-see. The islands are home to some of the best snorkelling and scuba diving on the planet, not least the islands’ shark sanctuary, sunken shipwreck-turned-barrier reef and – perhaps most astounding of all – a millennia-old marine lake teaming with millions of golden jellyfish. 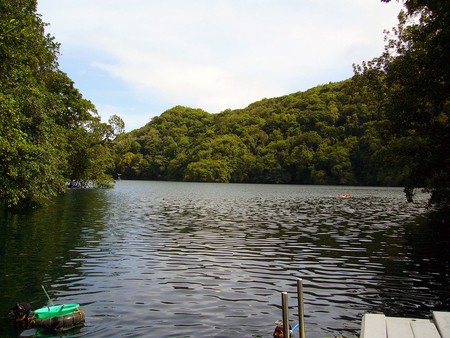 As anyone who has been stung by jellyfish will attest, it is not a fun experience, but the beauty of Palau’s aptly named Jellyfish Lake is that none of its 20 million jellyfish sting.

Formed approximately 12,000 years ago, during the last ice age, Jellyfish Lake was cut off from the rest of the world. Without natural predators, the jellyfish multiplied in their millions over generations and lost their stinging cells. 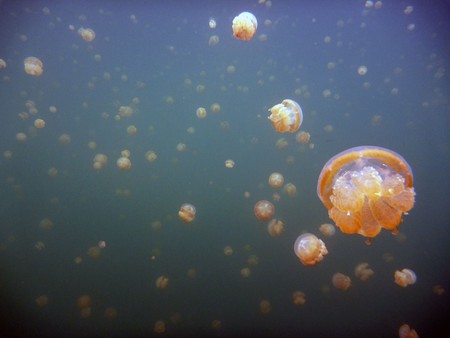 This means that aquatic explorers can swim with these eerie creatures without fear. Those who have, say the experience is unlike any other they’ve had before. However, scuba diving in the lake is forbidden for two reasons: First, to protect the jellyfish, as the bubbles are likely to get caught under the bells. Second, about 15m (16.4 yds.) below the surface, there are high concentrations of lethal hydrogen sulphide, which can be absorbed through the skin. 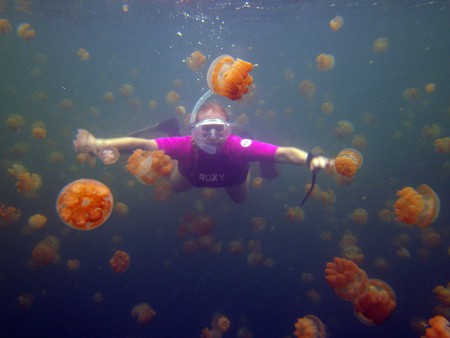 Jellyfish Lake is connected to the ocean through fissures and tunnels in the limestone of an ancient Miocene reef, but it is sufficiently isolated for the golden jellyfish – and possibly other species that have evolved in the lake – to be substantially different to their close relatives living in the nearby lagoons. The lake can only be reached by foot through a 20-minute forest hike, and the animals must be respected always.

Snorkelling in Jellyfish Lake is a popular activity for tourists, and there are many dive schools here. Tourists require a pass to access Jellyfish Lake. The Rock Islands/Jellyfish Lake pass is $35 (£28.52) and is good for 10 days. You’ll be able to swim for hours with these creatures as they migrate from one side of the lake to the other. While Palau might not be one of the biggest destinations in the region, this lake is Palau’s big destination, so don’t expect to be the only one swimming here.