Why Palmyra Is The Haunted Island Of The Pacific

With its blissful white beaches and placid waters, the Pacific does not likely come to mind as a place that’s likely to be ‘haunted’ or ‘plagued’. Yet there is a small, uninhabited island in a seldom-visited corner of the world that has, over the years, experienced a number of disturbing, paranormal occurrences that has led many to believe that it is in fact, cursed. 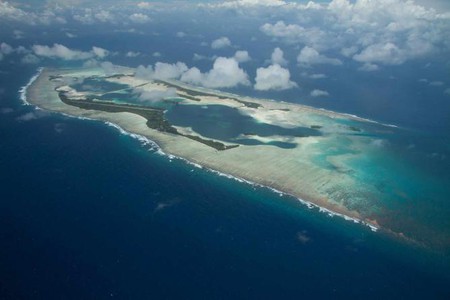 To the eye, Palmyra is the archetypal image of a tropical island paradise. It is in fact, an atoll – a ring-shaped scattering of small islets made up of coral, much of which is overgrown with dense rainforest vegetation. The reef is abundant in colorful marine life, the jungle interior lush and there’s not a cloud in the sky. Yet a strange air blankets Palmyra. Over the years, a number of unfortunate incidents – a few too many to seem coincidental – have occurred upon the island’s shores, leaving an eerie and unnerving atmosphere.

The first recorded sighting of Palmyra was in 1798. American sailor Edmund Fanning was on route to Asia, aboard the Betsy ship, of which he was captain. Legend has it, that Captain Fanning one night struggled to sleep and thus ordered his crew to find someplace the ship could moor in order that he might rest. The next morning, having steered a little off-course, the Betsy sailed onto the shores of Palmyra. The captain failed to officially record his discovery though and thus, when a few years later in 1802, Captain Swale’s ship, the Palmyra (from which the island takes its name), failed to sight the atoll’s rocky reef, it was wrecked upon its coral.

Swale’s vessel was only the first of several that would come to an unfortunate fate upon Palmyra’s shores. In 1870, the crew of the Angel were shipwrecked on the edge of the lagoon. Those that survived the crash are said to have made it to shore – though their brutally murdered bodies were found callously strewn about the island a few months later, when another passing vessel briefly anchored to investigate. To this day, the ruthless killing of the Angel sailors remains a mystery. In 1816, a Spanish pirate ship named Esperanza, reportedly loaded with plundered Inca treasure from Peru, became similarly marooned. They supposedly spent a year strenuously eking out survival on the island, before deciding to bury their loot and attempt an escape. Of the two makeshift rafts they fashioned, one was picked up by a passing whaling ship – though the raft’s sole survivor died shortly after his rescue, having contracted a severe case of pneumonia. The second raft was never seen again. 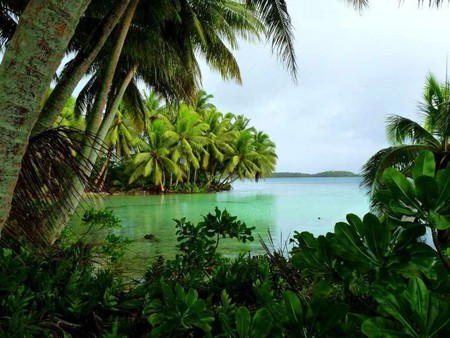 Over the course of the 19th century, a series of somewhat bitter legal battles ensued over ownership of the island. The atoll passed through several hands before the United States was granted proprietorship (Palmyra remains today in fact, an ‘incorporated territory’ of the American federal government). During the Second World War, the US navy occupied the island – though their presence did little to ward off whatever malevolent spirits seemed to reside there.

A number of strange and quite inexplicable happenings continued to befall Palmyra. In one instance, a patrol plane quite literally dropped out of the sky as it was passing over the island. Rescue teams were not able to recover anything in the surrounding ocean – no trace of an aircraft, nor a single crew member. In another instance a plane flew off course after having just taken off and simply disappeared off the radar. It was never seen again. There was prolific unrest amongst sailors. Depression and stress were rife, fights frequent – there were even murders and a number of suspicious suicides.

But of all of these bizarre incidents, the most famous and certainly the most disturbing is that of Malcolm and Eleanor Graham. A spirited couple in their early 40s, Mr and Mrs Graham dreamed of travelling the world aboard their boat, the Sea Wind. Setting sail in 1974, they planned to stay on Palmyra for a few years before continuing on their voyage – though they tragically would never leave the island. Just a few months after having left America, friends of the Grahams became concerned after having lost all contact with the couple and reported them missing to authorities. Investigators found the island all but deserted – there was no trace of the couple, nor any of their personal possessions. 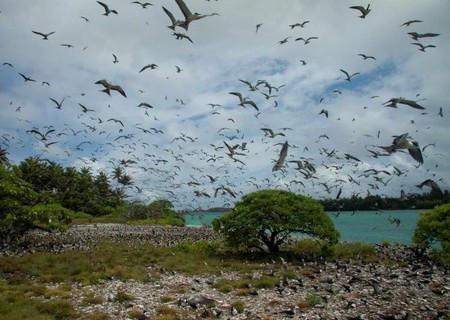 Later that year, Sea Wind sailed into Honolulu, Hawaii. Aboard the yacht were Duane Walker and his girlfriend Stephanie Sterns who were immediately arrested and charged with theft. Though it wasn’t until six years later, when another couple who were visiting the atoll – Sharon and Robert Jordan from South Africa – would begin to unravel what had transpired. Whilst exploring the Palmyra jungle, the Jordans came across a derelict old building, hidden within the thick rainforest shrubbery, inside which they found an extensive collection of newspaper clippings on the Graham’s disappearance – which had, a number of years prior, made international headlines. Just a few days later, they were to make an even more disturbing discovery. Whilst walking along the beach, Ms Jordan found a large metal container that had been tightly bound in thick wire. Inside the container was a skull, several bones and a woman’s watch. Inquiries concluded that the skeleton was indeed that of Eleanor Graham, who had been ruthlessly beaten to death, her body burnt, dismembered and discarded of. Malcolm’s remains have to this day, never been found. 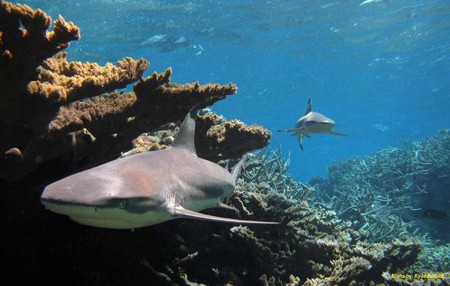 Duane Walker was trialled and found guilty of murder, though his girlfriend acquitted due to insufficient evidence with which to condemn her. Walker would later claim to have killed the Grahams in self-defence, after an affair with Eleanor had left her husband enraged and vengeful – an unconvincing though unproven claim. It is a secret that Walker, who died in April 2010, would take to his grave.

Palmyra Island – the one and only other witness to the horrific crime (and indeed, all those that had previously befallen her shores) will lie forever silent and forever still in the Pacific Ocean.