The 10 Most Beautiful Towns In Wyoming 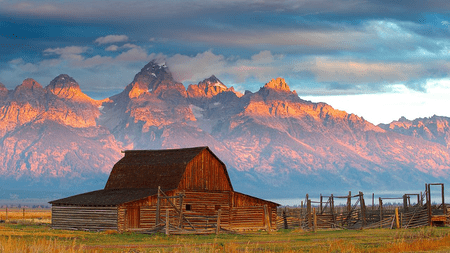 Fiftieth alphabetically among the US states and fiftieth in terms of population, Wyoming is the perfect place to escape the crowds and take in the vast beauty that America’s heartland has to offer. The western part of the state mostly consists of the Rocky Mountains, while the east features the vast High Plains. From national parks to historic trails, the state invigorates visitors with the splendor of the American wilderness. Here are the ten towns most representative of this beauty.

Buffalo is a historic town nestled in the foothills of the Bighorn Mountains. For those who want to find out more about the state’s past, Buffalo houses a number of historic buildings in its downtown district. For example, the 131-year-old Occidental Hotel, whose famous guests include Butch Cassidy and Teddy Roosevelt, and the Jim Gatchell Memorial Museum, which first opened its doors in 1900, are frequent hits with tourists. This area of the town perfectly preserves the architectural styles of the turn-of-the-century Midwest. If you take just a short drive out of town, you will be able to experience a variety of activities in the mountains, from skiing and boating to just taking in the scenery. 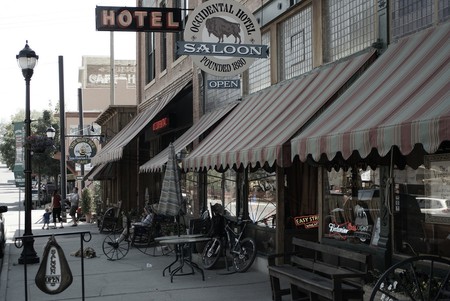 Wildlife, history, and the rodeo are all rolled into one small town. Named after William Cody, better known as Buffalo Bill, who played a part in the planning of the original town, Cody takes great pride in its namesake with a number of museums, statues, and the Buffalo Bill Historical Center all serving as a reminder of the town’s past. It also prides itself on being the ‘Rodeo Capital of the World’ and hosts a number of prestigious rodeos throughout the year. Breathtaking scenery can be found at every turn, with the town acting as a gateway to Yellowstone National Park and the starting point of scenic drives along the Beartooth Highway. Wyoming’s wild west is still alive and kicking. 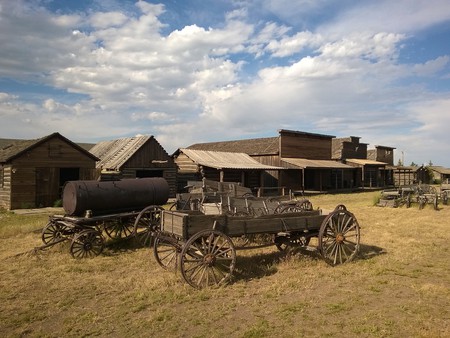 A town originally known as ‘Never Sweat’ due to its warm, dry winds, Dubois is an authentic Western town where real cowboys work and play. This quaint, traditional cowboy town is located along the Wind River and neighbored by the Absaroka and Wind River Mountains, which offer stunning views from the town. It was previously voted one of American Cowboy Magazine’s best rural towns, and with the nature trails, ranch activities, and splendid natural beauty, it is easy to see why. If you’re looking to explore more of Wyoming’s natural beauty, the town also serves as the starting point of the Centennial Scenic Byway, a slice of the real West from the badlands to the high peaks. 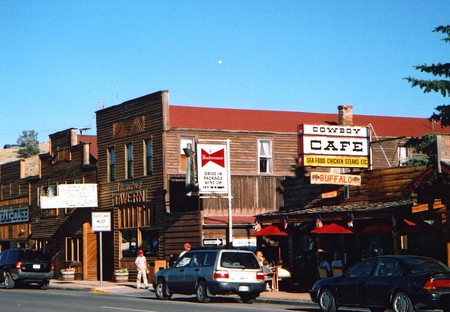 From its roots as a small camp settlement in the 19th century to its present day status as a tourist center, Lander has always found a way of attracting people with its glowing natural beauty and its growing number of activities in the area. Tourism is primarily driven by the nearby dude ranches and the year-round events such as the Pioneer Days Rodeo, the world’s oldest paid rodeo, and the Wyoming State Winter Fair. This first class city is ‘where the rails end and the trails begin’ with the heart-pounding activities of the wild West being combined with the stunning vistas of the nearby hills and Sinks Canyon State Park, where the river disappears into the mountainside. 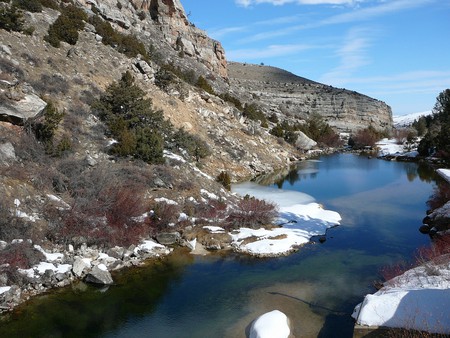 Posturing itself as ‘Wyoming’s Jewel’, Sheridan certainly makes the most of its western history and dramatic mountain backdrop. It has won accolades including being one of Outside Magazine‘s Best Towns, in North American Hunter‘s Top 10 Mountain Towns, and True West‘s Top Western Town. The town keeps the spirit of the west alive with its annual rodeo and the ever-popular Bighorn Country USA festival. Visitors flock to the area due to its proximity to the site of the Battle Of Little Bighorn, but stick around to take in the well-preserved buildings of historic downtown, several of which are listed on the National Register. 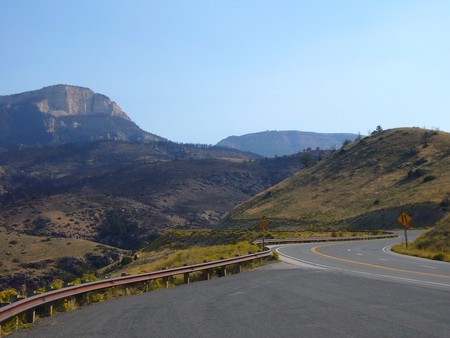 The town of Jackson, lying in the Jackson Hole valley, is the largest town in Teton County. It serves as a major gateway to the Grand Teton National Park, Yellowstone, the National Elk Refuge, as well as an interesting mountain formation known as the ‘Sleeping Indian’. Jackson’s wooden sidewalks have been strolled upon by dudes and cowgirls for over 100 years, and was the location where disagreements would be resolved through gunfights. Now it is a popular area for wildlife watching, skiing, or flying above the mountains and rivers on the aerial tram. 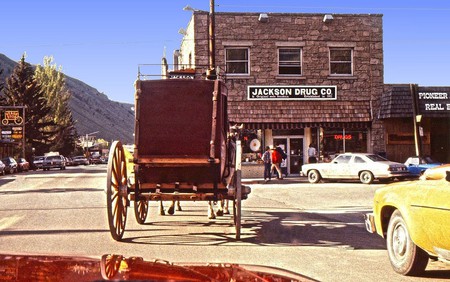 Nestled in the base of the Big Horn mountains lies Ten Sleep, a town that is home to only a few hundred people and which keeps the spirit of small town America alive. Cattle and sheep ranching still form the basis of the community. The historic main street is dotted with local businesses, most notably Ten Sleep Mercantile, a typical example of a small-town general store which is listed on the National Register. The town has a rich and volatile history, with the current site and nearby areas playing host to numerous battles between westward settlers and Native American tribes. Today the vibe is much more relaxed, with most visitors coming to the area to enjoy the camping, hiking trails, fishing holes and wildlife viewing. 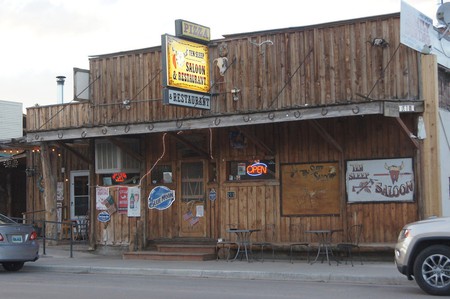 Though it’s the gateway to the Wind River Mountains and Jackson Hole, don’t let the areas beyond Pinedale make you rush through this small town as there is plenty to be admired within. This mountain town has both a rugged and intimate feel, with astonishing scenery to be found at every turn and activities to keep you occupied in every season. The nearby Fremont Lake and Bridger Wilderness are vast playgrounds of the West. As a popular tourist spot, visitors can learn more about Western culture and traditions that are prevalent throughout the town. The small size makes it a perfect step back in time, away from the regular bustle of modern living — even the buildings fit into the traditional ranch town aesthetic. 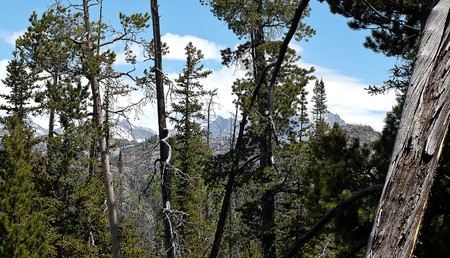 Powell is one of the friendliest communities in the state, having been recognized for its community work and distinguished as an All-American City in 1994. This welcoming town has a history rooted back several hundreds of years and has been a player in notable frontier stories and projects, including the Shoshone Project and Buffalo Bill Dam on the Shoshone River, one of the country’s first water conservation projects. Powell lies between the Big Horn Mountains on the east and the Absaroka Range on the west. Its famed clear, sunny, temperate climate makes it one of the state’s most refreshing towns. This is a small town with a Western heart still largely driven by an agricultural and ranch-based economy.

Taking its name from Greek, and indeed sounding like a spot in Greece in doing so, Thermopolis is Wyoming’s very own hot spring ton. As part of the Hot Springs State Park, it boasts the impressive status of being home to the largest mineral hot spring in the world. The public are lucky to have been able to enjoy these hot springs for free since 1896, as part of a treaty signed with the local American Indian tribes. Away from the springs, the town is neighbored by the Wind River Canyon and Bighorn Canyon, and boasts popular tourist activities in the Dinosaur Center and traditional markets. Thermopolis has a past to behold, a future to uphold, and nature to truly marvel at. 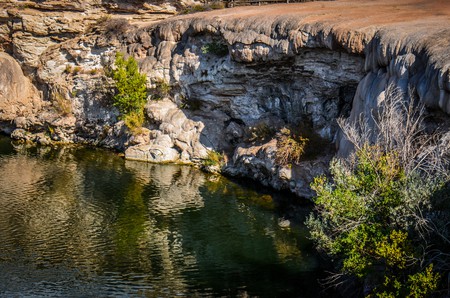 Thermopolis, Wyoming | © m01229/Flickr
Give us feedback