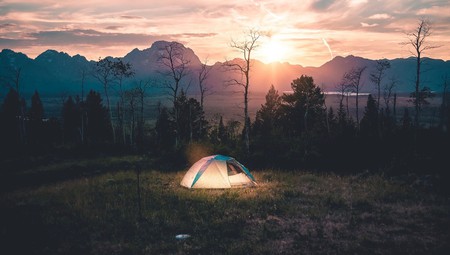 Wyoming – the ultimate outdoor adventuring destination. From its rocky mountainous terrain to the famed Yellowstone National Park – a majestic stretch of wilderness with abundant wildlife, rivers, canyons, hot springs, and geysers – Wyoming is a natural haven for thrill seekers and avid rec sports lovers. As a destination for outdoor enthusiasts, it’s no wonder this western state has become an innovator in outdoor apparel and accessories wear. For the five best Wyoming outdoor brands, read on.

Aion is an apparel and headwear brand that focuses on products aimed at the active, outdoor culture. With nature in mind, Aion’s designers (based in Jackson Hole, California, and Bali) work together to create designs that even the most avid of sportsmen find desirable. Plus, all of the products are made in the US by workers paid fair wages, so clientele can take solace in the fact that Aion products are of good quality (and aren’t made in a sweatshop). At their flagship store in Jackson – Wyoming’s outdoorsy-centered mountain town – find beanies and hats, tops and tees, bottoms for men, and footwear for women, and an apparel line that any nature enthusiast would be proud to wear.

We have a lot to be grateful for! If you find yourself irritated about something, vow to write down one positive thing each day for a month about whatever that is. “Gratitude is not just a word; it is a way a of life.” – Rob Martin Love this photo captured by @lintonproductions of @gretaeagan doing some cozy journaling.

Surf Wyoming, founded by a group of Wyomingite outdoor junkies, initially began as a group initiative to clean the banks of the Gallatin and Yellowstone Rivers as set out by the Surfrider Foundation. After releasing their first t-shirt in 1998 as a way to raise funds, Surf Wyoming has since established itself as an iconic outdoor brand that is tailored to the eclectic, naturalist Wyoming lifestyle – from fly fishing and river surfing to winter sports and outdoor BBQs. Named after the first recorded river surfing in the US along Jackson’s Snake River, Surf Wyoming prides itself on putting out quality apparel for both men and women, alongside hats and accessories, kids’ wear, and, of course, stand-up paddle boards marked with their bison logo (inspired by the state’s flag). Although the brand has changed hands twice, it continues to proudly represent the Wyoming lifestyle and the same positive values on which it was established.

Firewood stacked with nowhere to go. Can't ever recall t-shirt and shorts weather in mid-November. Officially jinxed… #surfwyoming #straightouttawyoming #wyomingasfolk #surf Lifestyle photog by the incredibly talented @crotography. Get this tee while it lasts….

Stio – started by the co-founder of Cloudveil, Steve Sullivan – isn’t just an apparel brand for the über athletic and extreme adventurer; rather, it’s a clothing line that supports the outdoor-to-indoor routine of the average, everyday outdoorsman. Whether it’s the reversible jacket that can transition from the mountains to the office or the poplin pant that stays sleek from the river to the morning meeting, Stio is all about versatility and functionality. Inspired by the outdoor culture in Jackson Hole (the location of the flagship store), Stio includes everything from ski-specific products to men and women’s clothing, kids’ wear, and outdoor gear.

It's the final day of our Summer Solstice sale with up to 65% off! #lettheoutsidein #mountains #sale #summer

In 2011, a group of Jackson locals headed out on their fifth annual kayaking expedition through northern Canada; to commemorate the adventure, hats were made featuring the Grand Teton mountain ranges (from their hometown) etched just above the phrase, ‘give’r,’ meaning ‘to give it your all, or go for it.’ These hats, worn long after the end of the trip, became the basis of Give’r as it molded into an iconic Wyomingite lifestyle brand. Based in Jackson Hole, Give’r officially launched in 2012 with just four t-shirts, three hats, and stickers; the brand has since expanded to include leather gloves, their most successful venture yet, as well as accessories. Fueled by a passion for adventure, Give’r embodies the active Jackson lifestyle – ‘give’r’ is more than a colloquial phrase; it’s a way of life.

Check out our most recent glove collaboration with @hudsonsutler! #giverXhudsonsutler

Cirque, originally founded in Jackson as Recollect Threads, is a ‘backcountry inspired apparel’ brand specializing in outdoor gear for the nature enthusiast. Aiming to provide comfort alongside beautiful designs, Cirque isn’t just meant for the outdoors, but for everyday life, too. Now based in Colorado, Cirque – named after the valley heads created by glacial erosion – is aimed at providing outdoor fanatics with cool, functional headgear, like beanies and hats, t-shirts, swimsuits, face masks, and golf head covers.

Every state is great, but some you just need to rep on your head 📷 by @reesehanneman #Cirquebeanies #nativeknits #alaska #carvedbynature