The 10 Best Craft Breweries In Wisconsin

Grant Pauly grew up listening to tales of how the brewery of his ancestors survived the Prohibition. This legacy inspired him to pursue home-brewing, a hobby he enjoyed so much that he turned it into a fully functioning business — 3 Sheeps Brewing Company — in 2011. Just one year after its launch, the brewery won the RateBeer.com Award for Best New Brewery in Wisconsin. Its selection of brews features ‘Really Cool Waterslides’, an herbal IPA, and ‘Baaad Boy’, a chocolatey black wheat ale, both available all year-round. 3 Sheeps’ seasonal varieties include ‘Hello, My Name Is Joe’, made by infusing 20 pounds of coffee into an Imperial Black Wheat, and ‘First Kiss’, an Imperial IPA brewed with honey.

Ale Asylum states that all of its brews are ‘fermented in sanity’, and any self-respecting beer lover would be crazy to overlook the suds of Madison, Wisconsin’s first craft brewery established in 2006. Packaged in bottles with artfully designed labels, its selection of eccentric year-round brews range from Contorter Porter, an indulgent porter with a chocolate finish, to Hopalicious, an American pale ale with a considerable kick. Its seasonal sips are just as delectable — Sticky McDoogle, an earthy Scotch ale and Tripel Nova, a vibrant Belgian-style Tripel, are one of a kind. 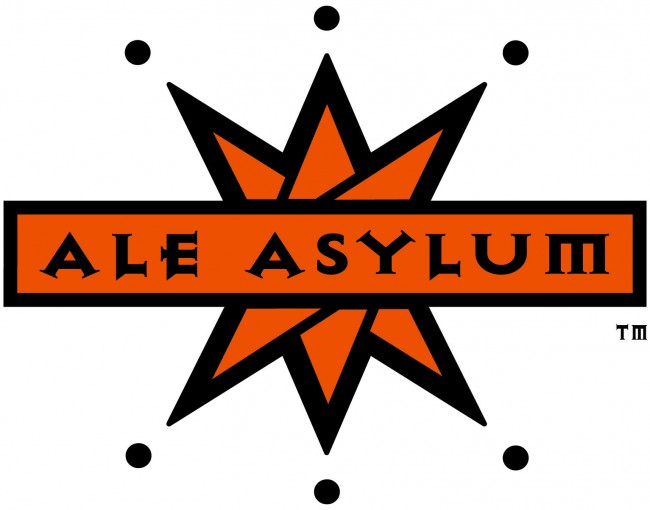 Middleton-based Capital Brewery, established in 1984, is a well-respected veteran of the state’s craft brewing scene; as its popularity grew, so did its collection of awards. In 1998, Capital was named the number one Brewery in the United States and number seven Brewery in the World by the Beverage Testing Institute and in 2013, it was named Grand National Champion in the United States Open Beer Championship. Its line-up of brews available year-round includes Wisconsin Amber, a red lager with a touch of molasses, and Capital Pilsner, a crisp German-style Pilsner, both of which won medals at the 2013 World Beer Championship. Capital’s array of seasonal beers is equally impressive — its Capital Oktoberfest, a Märzen-Oktoberfest-style beer with hints of spice and toffee, won a Gold Medal at the 2013 World Beer Championship. 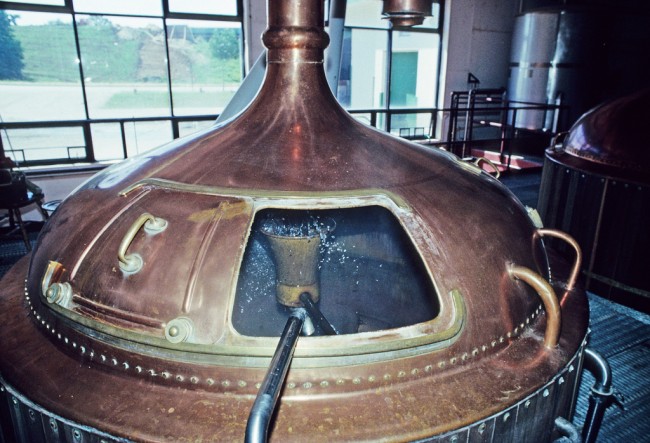 A devotion to environmental sustainability sets Amherst, Wisconsin’s Central Waters Brewing Company, launched in 1996, apart from the rest of the pack. Its bottles and packaging are made from green, recycled sources, and solar-heated water is used to fuel its facility and also to make its beer. These efforts made it the first brewery granted membership in the state’s Green Tier program for environmentally responsible businesses. Central Waters’ attention to detail is reflected in its tasty brews, like its luscious Mudpuppy Porter, one of several beers available year-round, and its Bourbon Barrel Barleywine Ale, a bold, fruity beer in its Brewers Reserve Series that earned a Gold Medal at the 2008 Great American Beer Festival.

A shared interest in home-brewing — and a rivalry to see who could brew the best suds — inspired brothers Russ and Jim Klisch to found Lakefront Brewery in 1987. Lakefront thrives in Milwaukee, Wisconsin, a city filled with corporate brands like MillerCoors. From 2007 to 2011, Lakefront was voted Best Brewery in Milwaukee by viewers of WISN Milwaukee, a local news station, and in 2010 TripAdvisor named it the fourth best Brewery Tour in the country. Lakefront’s brews have been especially well-received internationally; Bridge Burner, Fixed Gear, Rendezvous and Riverwest Stein won medals at the Australian International Beer Awards, and at the 2013 Brussels Beer Challenge, IBA won a Gold Medal for best Dark Ale. 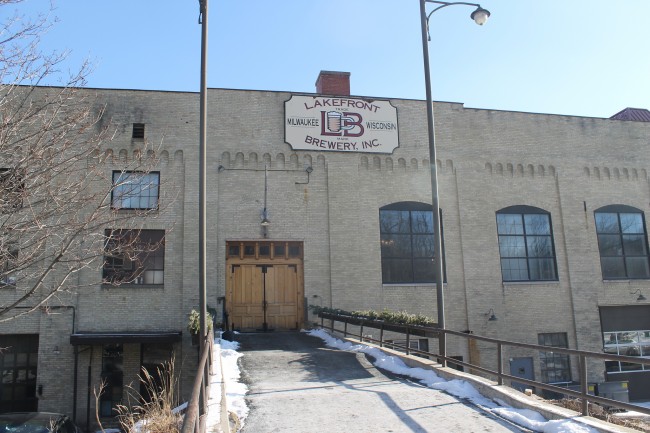 Every sip of a beer from Lake Louie Brewing, established in 2000, is a taste of rural Wisconsin. Located on the shores of Lake Louie in Arena – a small village without a single traffic light – the brewery takes its small-town vibes to heart when brewing delicious, unpretentious beers with an old-school twist. Its full-bodied ‘Coon Rock Cream Ale’, for example, is brewed with varieties of hops similar to those grown in the state a century ago. The brewery’s ‘Tommy’s Porter’ is based on the nutty, fruity suds enjoyed by Irish immigrants when they came to Wisconsin in the 1800s.

Wisconsinite Deb Carey became the first female founder of a brewery in the United States when she launched New Glarus Brewing Company in 1993. She and her husband, Dan, have been brewing award-winning beers in the rural town of New Glarus ever since, garnering international recognition despite only selling their beer within the borders of Wisconsin. New Glarus has been repeatedly named one of the World’s Ten Best Breweries at the World Brewery Championship and has been named one of Inc. Magazine’s 5,000 fastest-growing companies in the country every year since 2007. The brewery’s signature tipple, a cask-conditioned farmhouse ale titled Spotted Cow, has been one of the state’s bestselling beers for a number of years despite never having been advertised, according to the Wisconsin Department of Tourism. Other brews in New Glarus’ line-up include Wisconsin ‘Belgian Red’, a tart cherry ale, ‘Moon Man’, a malty “no coast” pale ale, a rotating set of seasonal beers, and a new line of sour beers.

Wisconsin natives Marc and Katina Buttera seamlessly morphed their passions for home-brewing into O’So Brewing Company in 2007. The Plover, run by staff who are themselves passionate about home-brewing, takes great pride in its emphasis on ‘freestyle brewing’, an experimental style of beer making. O’So has a cornucopia of brews available all year-round, from ‘The Big O’, a wheat ale with a twist of orange, to ‘Night Train’, a caramel-oatmeal porter voted one of the best porters the state. O’So also brews a collection of seasonal beers, such as Lupulin Maximus – an Imperial IPA whose bottles are stuffed with hop cones – and Picnic Ants, a citrus-y, spicy Belgian Saison. O’So releases the inventive ‘freestyle’ concoction of its brewers to the public in limited supply randomly throughout the year.

Stevens Point Brewery, founded in 1857, holds the title of the fifth-oldest continuously operating brewery remaining in the United States. That, combined with the fact that it survived the Prohibition and the Great Depression in the 1920s and 1930s, makes the brewery a standout in both state and national craft beer markets. Its efforts don’t go unnoticed, either — at the 2014 World Beer Championships, the brewery took home Gold Medals for ‘Whole Hog Barley Wine’, ‘JP’s Yabba Dhaba Chai Tea Porter’ and ‘JP’s Casper White Stout’. A year earlier, the 157-year-old brewery’s beers won three gold medals and one silver medal at the United States Open Beer Championship.

Legend suggests that the name for Tyranena Brewing Company, established in 1999, comes from the lake of the same name around which American Indians constructed stone burial mounds. Located in the city of Lake Mills, Tyranena pays homage to this tale with the popular beers in its year-round selection. In fact, its caramel American pale ale, Stone Tepee, is named after the burial mounds and Rocky’s Revenge, its American brown ale partially aged in bourbon barrels, refers to the enormous lizard-like monster rumored to guard the mounds. Tyranena’s seasonal beers also get their own historical twists, like the ‘Down ‘N Dirty Chocolate Oatmeal Stout’, a beer brewed to be as thick as the earth in a nearby former glacial region. Tyranena juxtaposes these brews with Brewers Gone Wild! – a series that includes beers like ‘HopWhore Imperial India Pale Ale’, ‘Spank Me Baby! Barley Wine-Style Ale’ and ‘Benji’s Smoked Chipotle Imperial Porter’.