The Story Behind the Fight Song “On, Wisconsin!” 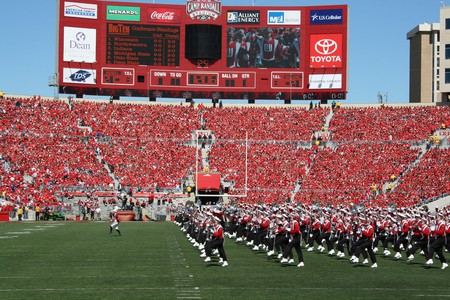 The popular battle cry of the University of Wisconsin-Madison, “On, Wisconsin,” is also the official state song of the Badger State, though the latter has slightly modified lyrics. From the Civil War to the football field, Wisconsin’s anthem has a unique history behind it.

“On, Wisconsin!” can be traced back to the American Civil War where Lieutenant General Arthur MacArthur Jr. exclaimed these words in the Battle of Chattanooga at Missionary Ridge to help rally his regiment. This exclamation worked so well that he was rewarded the Medal of Honor for his efforts. MacArthur’s battle cry is still used today, but to rally students on a very different type of field. 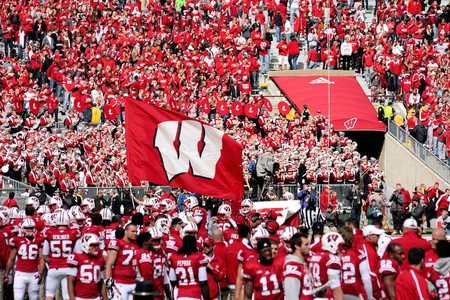 How “On, Wisconsin!” became the fight song of the University of Wisconsin is a bit controversial. The composer of the tune, William T. Purdy, heard that the University of Minnesota was offering $100 in a competition for a new song, and as he was keen for the cash, he composed a song called “Minnesota, Minnesota” in 1909 with the intention of entering the contest. However, Purdy’s roommate Carl Beck, who had attended UW-Madison, was inspired by the melody and began writing lyrics with a different university in mind and convinced Purdy to abandon his competition-winning dreams.

The original version of the song, which has been slightly modified in the contemporary version, is as follows:

The song was so popular that in 1913 Judge Charles D. Rosa and J.S. Hubbard rewrote the lyrics so that they could use it as the state song. While it was widely recognized, “On, Wisconsin!” wasn’t codified into state law as the official song until 1959.

The lyrics of the Wisconsin state song version are:

“On, Wisconsin!” continues to be one of the most popular and best-loved fight songs in the country. Despite rumors that either Paul McCartney or Michael Jackson owned rights to the song, it is, in fact, in the public domain in the USA and is used in some variation as the school song by more than 2,500 schools.