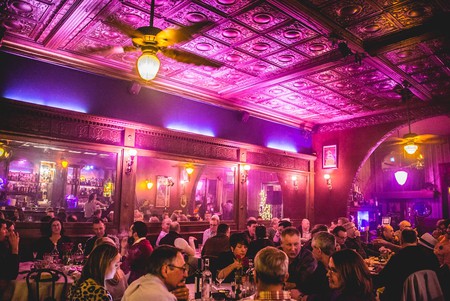 If walls could talk, Shaker’s Cigar Bar in Wisconsin’s biggest city would have some gruesome tales to tell. From a gangster-era speakeasy and brothel to Milwaukee’s only licensed cigar bar, owner Bob Weiss dives into the history of this unique establishment and explains why you must stop by for a drink, a cigar, and perhaps even a paranormal experience on one of the ghost tours.

What makes Shaker’s a unique place to visit in Milwaukee?

Shaker’s is housed in a historic building from 1894, which was formerly a cooperage house for the Schlitz Brewery, a coal and oil distribution center for a heartbeat in the early 1920s, and then a speakeasy for the Capone family, with a “soda bottling operation” and brothels on the 2nd and 3rd floors, which lasted until 1946. Shaker’s is the only Cigar Bar in Milwaukee, is considered among the top five haunted bars in the U.S. and has won some cool awards for its food and also its wine and beverage programs.

Easily half of our clientele since 1986 has been from the Chicago marketplace with an ever-expanding following beyond our shores. 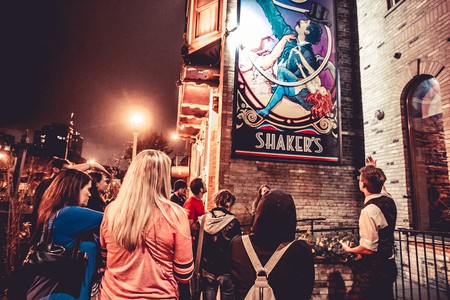 Tell us about the history of the bar. Is it true that Al Capone once owned it?

Yes, in 1924 it became a speakeasy for the Capone family, with a “soda bottling operation” and brothels on the 2nd and 3rd floors, which lasted until 1946.

What kind of live music and events do you have at Shaker’s?

Professor Pinkerton & The Magnificents are the house band, performing the first Thursday of each month as well as a Sunday session series and often for our monthly theme dinners or our Radio Noir programs. 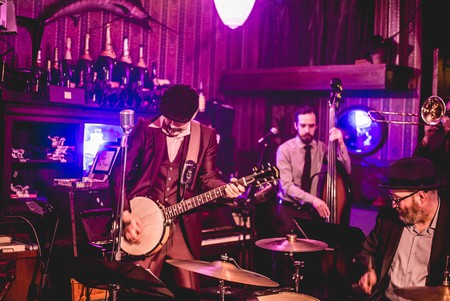 It’s the only licensed cigar bar in Milwaukee. What kind of cigars do you offer, and why are they special?

Cigars are part of our culinary tradition and are embraced as an emblematic manner to celebrate the enjoyment of each day as well as special events. We offer a manageable selection of well-curated cigars rather than vast numbers of things people do not want. They come primarily from Nicaragua and the Dominican Republic, although “others” do find their way to us. We feature Cigar Dinners as well as women’s cigar session events.

What inspired you to open a cigar bar and host ghost tours?

I’m a chef who enjoys crafting and experiencing Hispanic foods and culture. I’ve spent time in Central and South America, as well as Caribbean islands and cooked for several heads of state of those countries. I enjoy a good cigar after a good meal, or while enjoying a fine rum or whiskey.

No one spoke about ghosts in 1986; by the second day of putting the space together, there was no doubt that we were not alone. Staff began telling customers stories, so by default, we started doing tours. That grew over the years to now have its own division—Hangmantours.com.

Last year, we had over 10,000 people take our ghost tours out of Shaker’s, and I am currently looking to expand my historic tours into New Orleans. 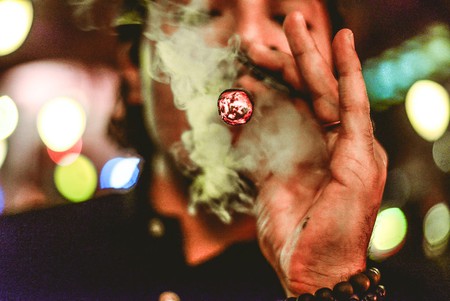 What will visitors see on one of the Hangman ghost tours?

It’s not a Disney ride; we cannot guarantee all will have a paranormal experience. Many do. And if you take a picture or have a psychic experience, you can post it on Ghost Bar or Ghost Tales, and we will reward you with a gourmet pizza. You all will, however, get a history of Milwaukee lesson on topics that are not usually spoken of, including tales of the brothel days when Milwaukee was regarded as the best convention city in America; a chat about all the people who met their demise while at this property while the city was being built; and discover the fact that Shaker’s is built over one of the three original cemeteries in Wisconsin for non-indigenous people.

We also give the Cream City Cannibal Tour, which Netflix said was one of the eight best adventure tours in the world, as well as the Whoring 20’s Tour, Milwauking Dead Tour, and Tour 2.0.

What kind of paranormal activity have you experienced at Shaker’s?

Much. Ghosts, Shadow People, full apparitions, extreme sudden cold, a fog over your head, the sensation of the building swaying, a sensation of imminent harm, voices, knocking, doors opening/locking, faucets turning on, lights coming on, going off—that’s just for starts… I have over 30 years of stories. Come take my tours. 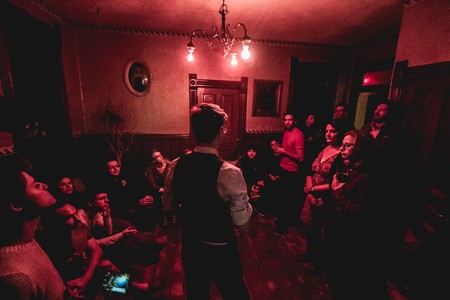 Adventurous visitors can spend the night in one of the haunted rooms on-site. What advice would you give to these brave souls?

Have a backup plan. Only about 20% make it the entire night. That number has gone up over the past year as more sophisticated psychic warriors have been spending the night. Either way, it can be daunting at times, specifically after 3:00 AM. Before that, it’s a lovely pied-à-terre; just keep in mind that you are never alone with the psychic remains of the dead hookers who either were murdered on the third floor or who committed suicide on the second floor. I often hear their stilettos pacing on the hardwood floors when I spend the night.