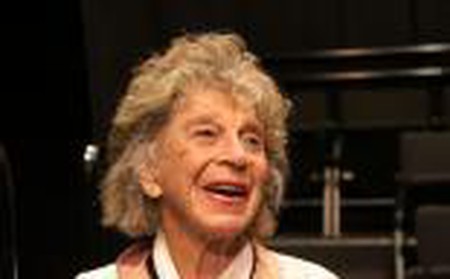 Anna Halprin is a dancer and performance artist who sees beauty in our everyday movements. She revolutionized the meaning of dance by challenging convention and embracing issues of aging, disability and illness into her performances. Considered the mother of postmodern dance, Halprin continues at age 94 to inspire through movement. Here is a look at her powerful contribution to the dance world. 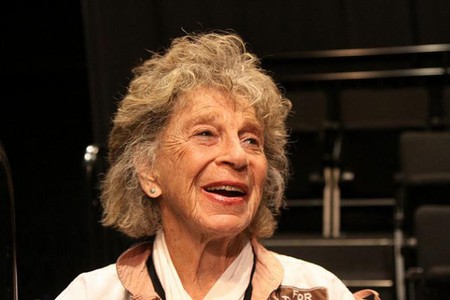 According to Anna Halprin, any movement is dance. With this core belief, she pioneered the postmodern dance movement, which challenged the very composed and prescriptive style of modern dance. A self-proclaimed “breaker of modern dance,” she channelled her unique method of movement into the establishment of the San Francisco Dancer’s Workshop in 1955. At age 94, she is still contributing to the field of postmodern dance and is truly a force of nature. Here we take a closer look at an incredible talent, examining Halprin’s insight, influence and impact on contemporary dance.

As soon as Anna Halprin put on her first pair of ballet shoes as the age of four, it was obvious that she embraced a more instinctive, spiritual form of movement than traditional practice allowed. Throughout her early years of training, she resisted the restrictions of choreography and prioritised the study of raw, primitive movement. Her rebel approach culminated in 1955 when she danced alongside Martha Graham’s troupe at the ANTA theatre in New York. During this experience, she discovered all of her fellow dancers to have been cut from the same stylistic cloth and realised her desire for change. Halprin thus began to firmly reject techniques rooted in the mantra that the mind must inform the body, preferring instead to explore the consequences of the body informing the mind.

Watching footage of Halprin ‘listening’ to her body during performance immediately conjures thoughts of the famous improvisatory style of Isadora Duncan. Like the pioneering Duncan, Halprin credits the medium of dance with the ability to unleash the human spirit, allowing movement to form expression of unseen human qualities via direct communication between kinetics and emotion. An awareness of the body and its emotional fluctuation has informed the majority of Halprin’s work. Whether exploring the effect of age on movement, investigating ways of dancing with disability or channelling the harrowing illness of a loved one into motion, all have found their way into a Halprin piece of dance.

This is due, in part, to her proactivity. Following World War II, Anna’s husband, the landscape architect Lawrence Halprin, was required to relocate to San Francisco for professional purposes. Rather than feeling an insurmountable distance between herself and the creative hub of New York, it was at this point that Anna seized the opportunity to finally remove herself from technical structure, establishing the San Francisco Dancer’s Workshop for the investigation, indulgence and nurture of unconventional movement. Anna gleaned unlikely inspiration from Lawrence’s time at Harvard, particularly from his departmental director, Walter Gropius. Gropius, founder of the Bauhaus School, had fled Germany following the World War II and brought the practice and ethos of Bauhaus design into Massachusetts. Bauhaus architecture intrigued Halprin, particularly the interchange between space, materials, and movement. She continued exploring the relationship between design and dance prompting her collaboration with Simone Forti, Yvonne Rainer and artists John Cage and Robert Morris in the San Francisco workshop venture.

One of the San Francisco Workshop’s key achievement was deconstructing the creative process by replacing the prescriptive term “choreography” with “score.” It also coined the “RSVP” acronym: resources, scores, valuaction and performance, covering every aspect of a person’s approach to creativity. In her scores, Halprin inspires and guides both the dancer and the non-dancer by centring on the natural dynamic movement of falling and rising, concentrating on shifting weight subtly to create a new shape. This is a fundamental part of her theory of kinaesthetic awareness, developing an understanding of the limitations of the body and its relation to others.

Parades and Changes (1965) is the work that best reflects Halprin’s period of questioning and investigatory approach to the body and was the result of five years of exploration. In the Parades and Changes score, Halprin thrusts the taboo of nudity into the light and encourages the facing of one’s fears head on, focusing on the arresting quality of stillness in-between fluid passages of movement. Originally banned in America, Parades and Changes has only relatively recently made its way back into the public eye, constantly evolving to reflect pertinent social and political issues.

Perhaps her most fascinating expression of kinesthesis, closely behind Parades and Changes in terms of the evocation of emotion, is her defiantly titled and defiantly styled Intensive Care: Reflections on Death and Dying. As the name suggests, this score developed organically out of the cycle of emotion Halprin herself underwent when her beloved husband, Lawrence, was taken into intensive care in 2001. Originally released as a dance video attempting to abolish or, at least, manage the fear of death, this difficult piece featured three artists in addition to Halprin herself. The most poignant performance was that of Jeff Rehg, who explored his own battle with cancer and AIDS in the video, only to pass away two years later.

The Intensive Care sequence was part of Halprin’s enduring exploration into the healing quality of dance, an approach she adopted very suddenly in the early 1970s. Following a usual dance practice in 1971, Halprin finished with a period of sketching, something she had recently undertaken in order to better express the internal human condition. In the superficially basic sketch, Halprin drew herself from head to toe, absentmindedly shading a grey mass in her pelvis. This was enough to raise her concern and after a medical investigation, she was found to have a malignant tumour and diagnosed with rectal cancer. Surgery and the colostomy had a deep impact on Halprin and her approach to movement, drastically changing the landscape of a body she had relied upon to express her person, her art and her livelihood. 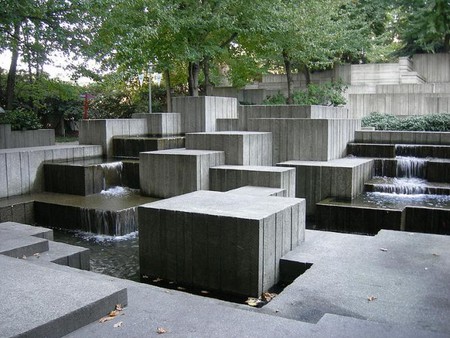 Through conventional treatment and rather more unconventional visualisation processes, she was able to survive not only the primary outbreak but the cancer’s return two years later. Indeed, following the second diagnosis, Halprin fell back on her own resources considerably, retreating into an intense exploration of her illness through visualization and movement. As part of this retreat, she created two large self-portraits, one an idealised, healthy vision of herself and the other a reflection of her body gnarled by illness. In front of a selected audience, Halprin danced first the negative portrait, full of anger and bewilderment, followed by performing the idealised depiction, imagining herself to have been cleansed by mountain air. This profound performance appeared to have an outstanding impact on her health: her cancer went into remission and Halprin’s sense of purpose shifted from theatrical performer to interpretive healer.

Halprin has gone on to work with many terminally ill patients, redefining dance to examine its truly cathartic, healing properties. At Creighton Health Institute for Cancer, Halprin formed the STEPS theatre programme, adapted to meet the needs of those with HIV. This project involved intense periods of pyscho-kinetic visualisation to improve the condition of compromised immune systems. A year later, she established her dance and theatre groups for men and women with AIDS, called respectively, Positive Motion and Women with Wings.

In 1989, over one hundred members between the two groups came together to perform a rendition of Halprin’s annually produced Circle the Earth, reconceived in relation to HIV. Halprin is thus not only a pioneer of contemporary, postmodern dance, but the creator of arguably the largest ever theatrical work to directly address AIDS. Circle of Earth was initially introduced a decade previously by Halprin and from here has grown into a contemporary community dance ritual eagerly anticipated each year. One particular variation, the Planetary Dance: A Call for Peace, was staged in Berlin at the commemoration of the 50th anniversary of the signing of the Potsdam Agreement to end World War II.

Following her illness, Halprin founded the Tamalpa Institute with her daughter Daria in 1978, a ground-breaking non-profit dance and expressive arts therapy institution. The Tamalpa institute offers classes and workshops to the public throughout the year, offering not only an opportunity to improve professional dance skills but a chance to partake in the processes of personal, interpersonal and social transformation. Carrying the ethos of the Tamalpa Institute forward, Halprin began working with seniors in 2004 in an attempt to spread the notion of this transformation. Performed entirely in rocking chairs, Rocking Seniors, according to Halprin herself, provided as much joy for her as it did for its participants, utterly disproving the notion that a good dancer must possess youth.

Throughout her long and varied career, Halprin has created over 150 dance theatre works, three books and numerous pieces of video media, all of which have won various awards and unparalleled critical acclaim. At age 94, she continues to revolutionise the social image of the aging body, bringing beauty to old age as much through her own dedication to carrying on as through her undeniable talent and vision. In many ways, her more confronting pieces are reminiscent of Samuel Beckett’s theatre and throughout cancer, the illness of friends, her husband’s illness and eventually his death, she embodies Beckett’s mantra at every turn: “I can’t go on, I’ll go on.”

Halprin is not only a significant performer and creator, but a resilient individual, astute leader and fervently free spirit. Even now, on the approach to her 100th birthday, it seems Anna Halprin will continue to tread the boards of the dancing deck at her San Francisco home for years to come, finding new methods of interpretation and dispelling fear through dance.