This West Virginia Town Is Where the Real John Henry Died 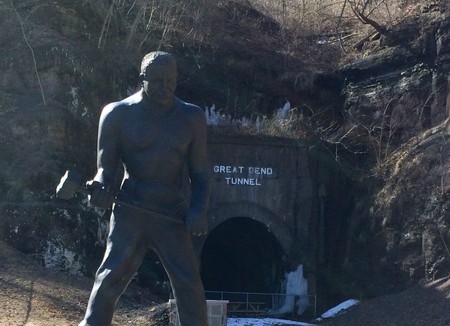 Outside the Big Bend Tunnel in Talcott, West Virginia, stands a statue of a powerfully built man holding a hammer in his hands. It pays tribute to John Henry, the American folk hero whose larger-than-life feats inspired the popular song, “The Ballad of John Henry.”

According to legend, Henry was an African American railroad worker on the Chesapeake and Ohio Railroad, specifically working as a steel-driver. The work was hard, pounding steel into the ground and rock with a nine-pound hammer day after day, creating holes for dynamite to blast a path for the railroad. While constructing a tunnel, the railroad company purchased a machine they thought could work faster than men. In a classic man-versus-machine standoff, John Henry challenged the new steam-powered drilling machine to a contest to see who was faster.

Henry emerged as the victor, but he tragically collapsed, then died. How much of the song is true and how much is folklore is debated by historians, but a memorial was erected in Talcott in 1972, where Henry was thought to have died.

Versions of the song were known throughout the American South by 1915, and blues ballads were recorded by Alan Lomax and Zora Neale Hurston in the 1930s. Musicians from Johnny Cash to Bruce Springsteen to Van Morrison and Harry Belafonte have covered the song.

While John Henry was immortalized in song, hundreds of men worked on the Big Bend Tunnel, which took two years to complete, and many men died, buried in unmarked graves below where a statue honoring John Henry stands today. The tunnel closed—a newer one still has CSX trains pass through—and there is an effort to create a historical park at the John Henry statue. 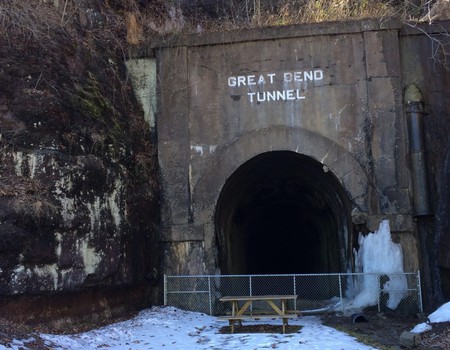