This West Virginia Observatory Lets You Listen to Outer Space 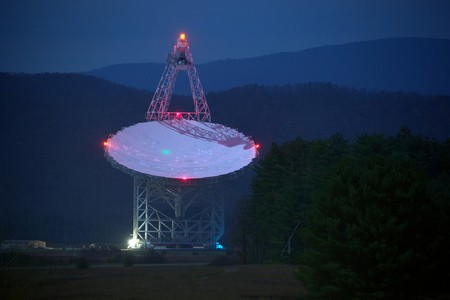 Driving through the Monongahela National Forest, you might not expect to find a massive telescope that lets scientists listen to outer space. But right in the center of the woods is the Green Bank Telescope, the largest steerable radio telescope in the world. Find out more about this amazing piece of technology and how it helps us find out if the truth is out there.

The National Radio Astronomy Observatory (NRAO) first established the Green Bank site in 1957. The first radio telescope was just 85 feet (26 meters) in diameter, and the location in the mountains was intended to help shield it from man-made radio frequencies. Over the years, more telescopes were built to listen to different parts of the galaxy. A National Radio Quiet Zone was established in the area to protect the telescopes from any sort of man-made transmissions, which today means that there is no cell-phone reception in Green Bank and no wifi.

The Robert C. Byrd Green Bank Telescope was built between 1991 and 2002, and the first thing to know is that it is massive: taller than the Statue of Liberty and big enough for a football stadium to fit inside. The 100-meter (328-foot) size helps the telescope listen to extremely precise energy waves across space. The second thing to know is that it is a radio telescope, meaning that it listens for sound waves from space, rather than a typical telescope we think of when we look at stars. And yes, the Green Bank Telescope is listening for aliens, or at least for life not on planet Earth.

In 2016, the Green Bank telescopes were transferred from the NRAO to the Green Bank Observatory, which is part of the National Science Foundation and operated by Associated Universities, Inc. You can visit the telescopes by using a map (remember, GPS won’t always work) to drive to the Green Bank Science Center, which features exhibits about what exactly the telescopes are listening to. You can also take a guided tour of the telescopes, which includes a film about the history of the site and science demonstrations. However, you can’t drive your own car close to the telescope; the spark plugs in gasoline cars can interfere with the telescope’s listening powers. The exhibits are free, but the tour costs a small fee. 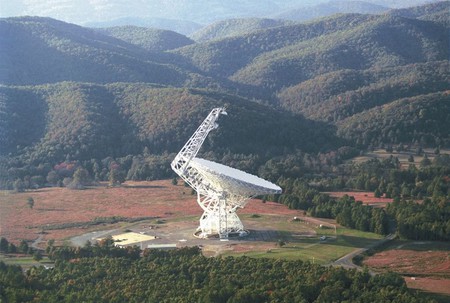