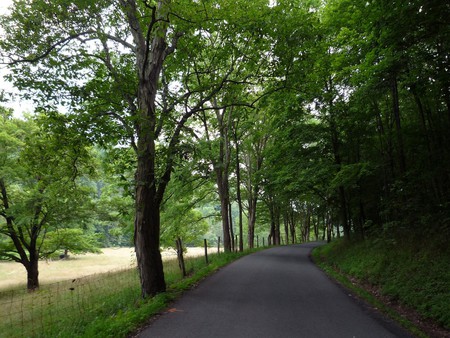 John Denver’s “Take Me Home, Country Roads” is one of West Virginia’s four official state songs. But West Virginia isn’t John Denver’s home, and his co-writer had never even been to the state before he wrote it. Here’s how this sometimes loved, sometimes mocked song became an icon of the Mountain State.

In late 1970, songwriters Billy Danoff and his wife Taffy Nivert had been working on a ballad about winding roads that they’d thought up while on a trip through western Maryland. The only problem was that the three syllables of Maryland didn’t fit the meter of the song. Danoff then thought maybe four-syllable Massachusetts would work, but actually, West Virginia would be even better. It didn’t matter that he’d never been to the state; he assumed they had beautiful mountains and winding roads too (which they do).

When Danoff and Nivert shared the song with country musician John Denver in the winter of 1970, he loved it. Although Denver was a lover of Colorado (and why his stage name was Denver instead of his given name Deutschendorf), the romance of the West Virginia hills must have been enough to make him want to record the song. Denver reworked some of the lyrics and put it out as the A-side of a 45 in 1971.

Even though the first stanza references the Shenandoah River and Blue Ridge Mountains—two geological features that only skim the very eastern panhandle of the state and are not closely related with the state—the beauty and pride expressed in the song made it an immediate hit in West Virginia. At West Virginia University in Morgantown, it was used as a pre-football game anthem already in 1972, and today, you shouldn’t show up at any WVU sporting event without knowing the lyrics, or risk making yourself known as a non-Mountaineer.

West Virginia also has three other state songs (“The West Virginia Hills,” “This is My West Virginia,” and “West Virginia, My Home Sweet Home”), but a celebrity factor and sheer popularity made “Take Me Home, Country Roads” an unofficial state song before it received the official honor in 2014.