Rare Toys Are Hidden in This West Virginia Town 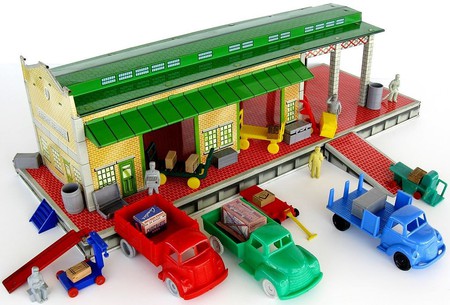 If you’re under 35 years old, you may never have heard of Louis Marx and Company, and if you’re over 35, you know the name Marx Toys like kids know Mattel today.

And regardless if you know the name or not, Marx left an indelible mark on American toy manufacturing with the Big Wheel, Rock’em Sock’em Robots, and plastic figurines of almost any make imaginable. At one of the Marx plants in Glen Dale, West Virginia, a dump of misshaped and defective toys has created a treasure trove for collectors of the toys.

Louis Marx and Company, a toy company, was first founded in New York City in 1919, and like some other manufacturers at the time, it understood that mass-producing would reduce prices and make goods more accessible to consumers. The company opened their first factory in Erie, Pennsylvania, and knew that marketing would be important too. They sold through catalogs such as Sears, Roebuck & Co and department stores, and they even had partnerships with Disney to make branded toys.

In the early days, the toys were metal, but the company moved to molded plastic in the 1940s and 1950s. The most famous Marx toy, the Big Wheel, was introduced in 1969 and definitely has a Dazed and Confused-era feel, looking like a muscle car for the preschool set. The plastic tricycle was introduced into the National Toy Hall of Fame® in 2009. 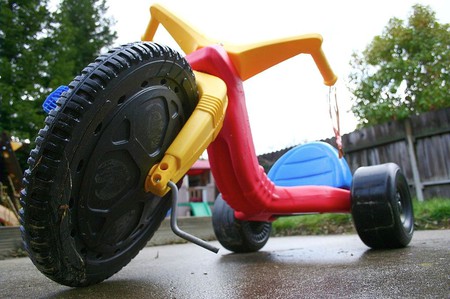 In the early 1930s, Marx opened a toy manufacturing company in Glen Dale, West Virginia, south of Wheeling, West Virginia, to meet their ever-increasing demand for plastic toys. By 1946, the plant produced 3.5 million toys per month, and a decade later, it increased to millions per day (even if they were small plastic cowboys). In the early 1960s, the plant employed 2,000 people with four active unions. In 1972, the Marx company was sold, and while the plant in Glen Dale stayed open until the early 1980s, it closed after parts of the company and rights to toys were sold.

Nostalgia and fascination led collectors to start finding and buying old Marx toys, and apparently, even Steven Spielberg and Robert De Niro got the bug to collect the toys of their childhoods. From the very old metal wind-up toys to newer plastic sets, Marx toys started gaining value. And near the site of the old factory, there are piles of misshaped and defectively cast Marx Toys that can be quite valuable or are just fun to go and hunt for.

The building that housed the factory still stands, and someone in town just might be friendly enough to tell you where the secret dump of toys is located. And make sure to check out the Marx Toy Museum website before you go. While the museum closed in 2016, the website still hosts a virtual tour of the exhibits and is a resource for finding out more information about the toys.