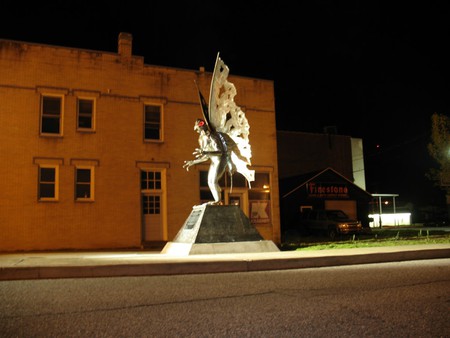 West Virginia roads take you through deep forests and up and down mountains, curving between old mines and long-defunct logging operations. So, there’s no surprise that there are urban legends of what lurks in the dark woods. Two of the creatures are Mothman and Bigfoot, but who is the most famous?

In West Virginia, Bigfoot goes by the more colloquial Yahoo or Stone Man, a name the Cherokee of the Appalachian region gave to a large, hairy man that wandered the woods. According to the Bigfoot Field Researchers Organization, sasquatches have been spotted 100 times in the Mountain State. Most of the reports come from Pendleton, Randolph, Pocahontas, and Greenbrier counties on the eastern side of the state covered by the massive Monongahela National Forest. Witnesses have made casts of large prints and attempted to take photos of tall, hairy creatures escaping into the trees. And although many reports are made, only a few true Bigfoot hunters are in the state, such as Russ Jones, who believes one day he’ll find one.

Mothman is less known outside West Virginia, but he has almost become a folk hero. The story starts in 1966, when two couples were in a car outside Point Pleasant, a small town on the border with Ohio. A black figure appeared before them, seven feet (2.1 meters) tall with huge wings and red glowing eyes. They were on a road in the so-called TNT area, which had been used for weapons manufacturing during World War II. The creature chased them as they drove away at 100 miles (161 km) per hour.

Sightings of the Mothman continued for over a year, until tragedy struck. On December 15, 1967, the Silver Bridge in Point Pleasant collapsed, leaving 46 dead. People started saying that the Mothman had been trying to send a warning. The bridge had a crack that caused the collapse, but John Keel published The Mothman Prophecies in 1975 and alleged there was a connection between the Mothman, paranormal activity, and the bridge collapse. The book was used as inspiration for the 2002 film of the same name starring Richard Gere, and that’s when Mothman went from local boogeyman to a monster worth celebrating. 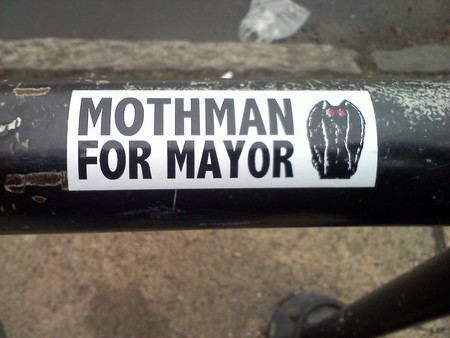 The Mothman Museum on Main Street in Point Pleasant, West Virginia, is the best attraction in town, with the Mothman statue a close runner-up. Admission to the museum is inexpensive, and the space is brimming with archival materials, press clippings, police reports, and props from the film. If the museum isn’t enough, check out the Mothman Festival held in September every year; it features bands, talks by experts on the paranormal, and guided bus tours of the TNT area.

As Mothman’s legend has grown, people across the world are calling in sightings, often before a disaster strikes. In West Virginia, Mothman has become such a big icon that people even get tattoos of the red-eyed creature, and maybe that makes him the most famous.