How to Dance Your Way Across West Virginia 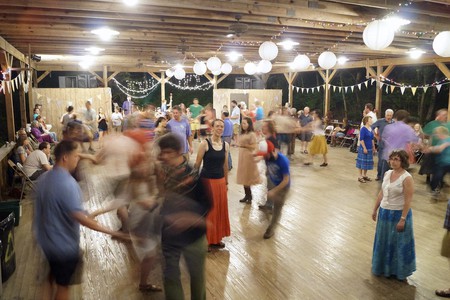 If someone says “Square Dancing,” you might cringe with memories of middle school, locking elbows with your partner and flying around the room. In the mountains of West Virginia, this isn’t what square dancing is at all, and the Mountain Dance Trail wants you to explore local communities and the dances they’ve had going for generations.

Gerry Milnes, the former Folk Art Coordinator at Augusta Heritage Center of Davis and Elkins College, had the idea for a trail that would connect communities across the state of West Virginia for many years before he made it a reality. As a musician and folklorist, he’d visited many small, rural towns that were keeping their dance traditions alive, and while some still regularly held community dances, he knew that the death of an old fiddler or dance caller could endanger the tradition. 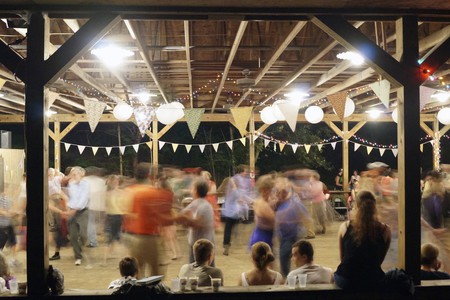 Square dancing has evolved into different forms across the United States, with influences from African and European dance traditions. In the Appalachian region, square dances are sometimes squares, with four couples making up a set, but sometimes, they are circle dances, where you have a partner but everyone is in the same large group. Many communities in West Virginia used to host their own dances, using local fiddlers, banjo players, and a “caller,” who announces to the dancers what the next moves will be.

Milnes started the Mountain Dance Trail in 2012, connecting communities from the border to Ohio, east across the state to the Virginia border. For the past eight years, a schedule has laid out the dances so that members of the community can attend their dance, but also find out where other dances are happening.

One of the biggest dances—and an event not to be missed—is the West Virginia State Folk Festival in Glenville, West Virginia. Referred to simply as “Glenville,” the event is known for the dances that happen Thursday, Friday, and Saturday night. Some of the best dance callers and musicians are invited to play, and the biggest difference between these dances and ones that you might visit outside West Virginia are that none of the dances are taught. You get up, grab your partner, and listen very closely to what the caller tells you to do as you fly across the open-air floor. 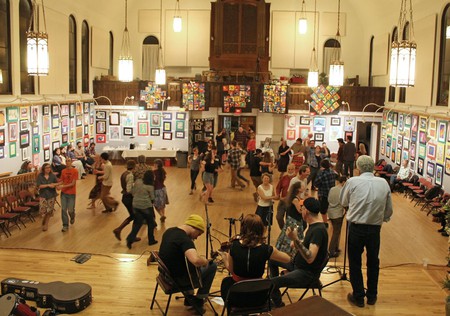 Another equally special dance is the Faschnacht dance in Helvetia, West Virginia. This tiny town without a stoplight high in the mountains has retained its Swiss heritage, and at the beginning of Lent each year, they celebrate Fat Tuesday with a dance featuring the Helvetia Star Band. Here, circle dances are more common than squares with eight people, but many of the moves are the same.

During almost every weekend throughout the year, there is a dance happening somewhere in West Virginia, where you’ll get to experience a local community tradition, living on.