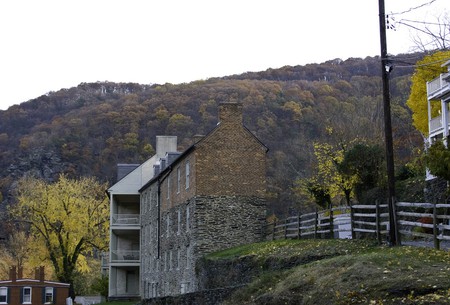 West Virginia’s statehood is closely tied to the United States Civil War, and some of the earliest battles in the war occurred in the Allegheny Mountains as both the Union and Confederate troops sought to get control of the Baltimore and Ohio Railroad and the Staunton-Parkersburg Turnpike, both of which connected the east with Ohio. Many of the sites reenact Civil War Battles, but usually every other year. Here are the major sites to visit if you’re interested in Civil War history. 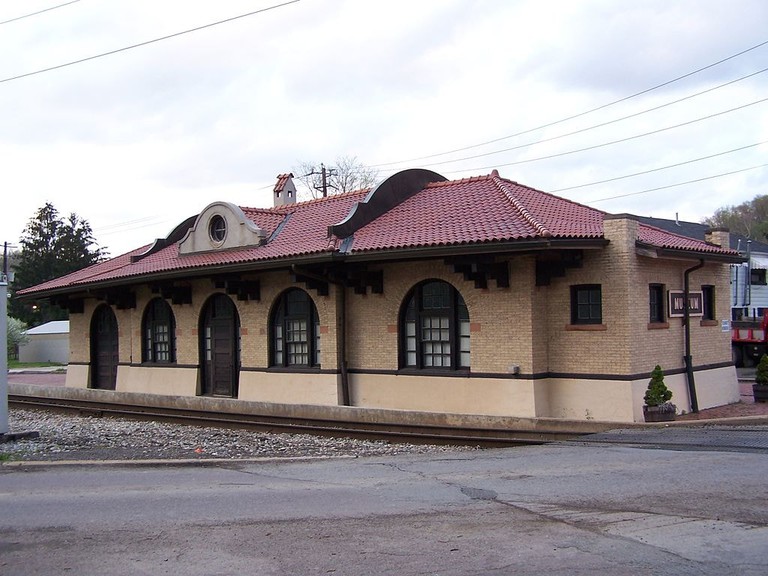 What happened in Philippi (pronounced Philip-ee) wasn’t exactly a battle, but it was the earliest land action in the Civil War, the first action being the firing on Fort Sumter, South Carolina. Referred to as The Phillipi Races, the conflict between Confederate and Union forces on June 3, 1861, started as Union troops moved into the Confederate-occupied town. The Confederate troops were surprised and quickly raced out of town, south to Huttonsville in the Tygart Valley. You can learn more about this small battle and the history of Philippi at the Visitor’s Center and Museum. 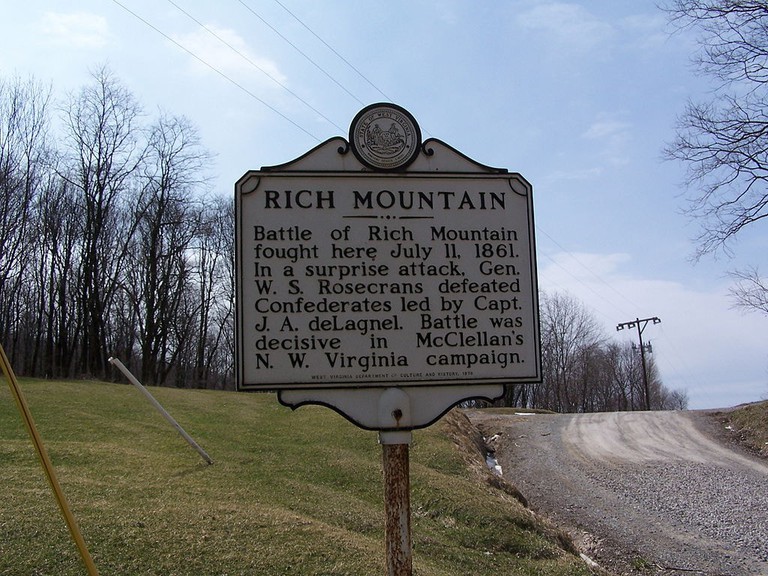 On the mountain above the little town of Beverly, West Virginia (just south of Elkins), you’ll find the Rich Mountain Battlefield. During the first summer of the Civil War in 1861, Major General George B. McClellan took command of the Union forces of western Virginia, a state that had already seceded but had many Unionists. McClellan marched his army southeast and met Confederate troops atop Rich Mountain on July 11, 1861. The Confederate troops surrendered two days later. Down in the town of Beverly, you’ll find the Beverly Heritage Center, where you can learn more about the battle and the Civil War in the area. You’ll also learn about life on the western Virginia frontier along the Staunton-Parkersburg Turnpike that connected the Shenandoah Valley to the Ohio River, the road Confederate and Union troops were trying to secure during the battle. 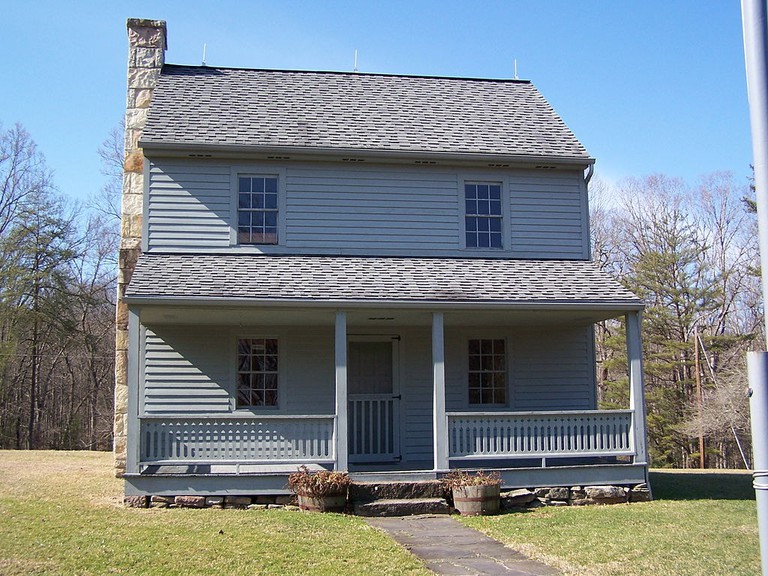 Near Summersville Lake in central West Virginia, Carnifex Ferry Battlefield State Park reenacts the 1861 battle between Union and Confederate troops during odd-numbered years. The Patterson House Museum, which is open on Saturdays and Sundays, explains more about the troop movements that led to the battle, and how, once won by the North, gave the Union Army a stronger hold on West Virginia. 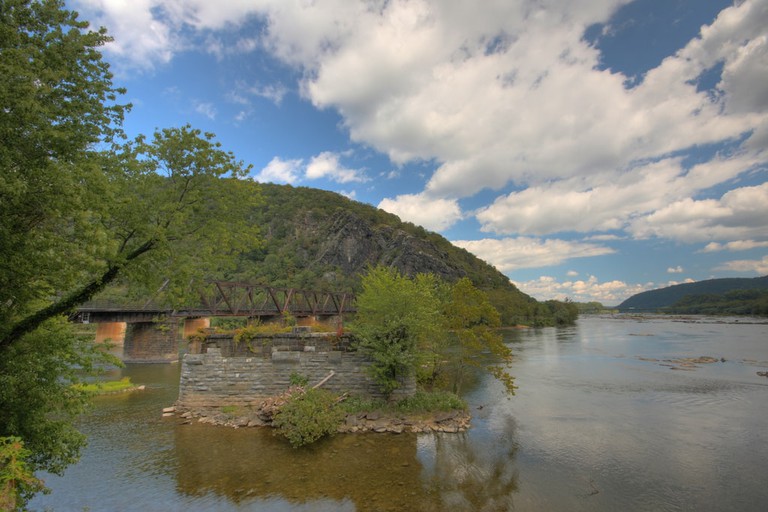 Harpers Ferry National Historical Park | © Jason / Flickr
Harpers Ferry, which sits at the junction of the Shenandoah and Potomac Rivers in what is today the eastern panhandle of West Virginia, was the scene of a pre-Civil War battle. When John Brown and his army raided a federal arsenal in 1859 in an attempt to get weapons to arm enslaved African Americans for a rebellion, the nation became even more divided on the issue of slavery and how to go about ending it. By 1862, a year after the Civil War began, General Robert E. Lee wanted to regain control of the town. He divided his troops, surrounded the town, and forced the surrender of 12,000 Union soldiers. Visit the Harpers Ferry National Historical Park to learn more about John Brown and the later Civil War battles.
Open In Google Maps
171 Shoreline Drive, Harpers Ferry, West Virginia, 25425, USA
+13045356029
Visit Website
Give us feedback 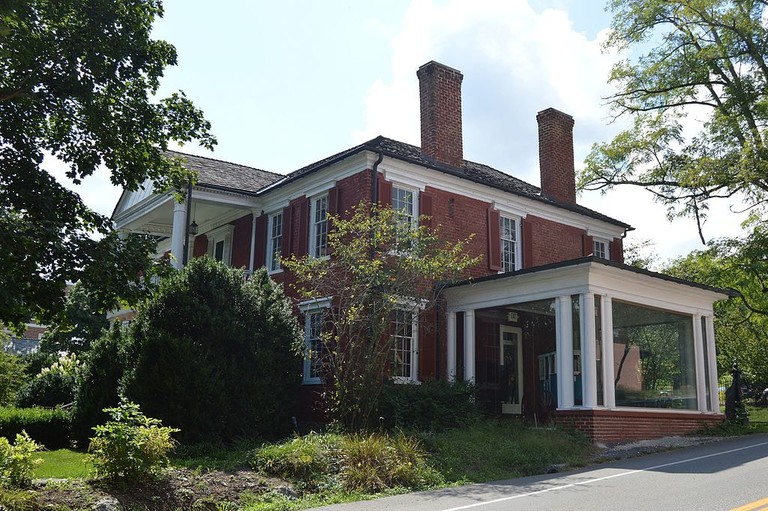 The Battle of Lewisburg began on the morning of May 23, 1862, as Union troops tried to take control of the town of Lewisburg, which was known to have Confederate leanings, and disconnect railroad lines between Virginia and Tennessee. Today, the North House Museum and Greenbrier Historical Society interpret the larger history of Lewisburg, and in town, there are many Civil War sites. 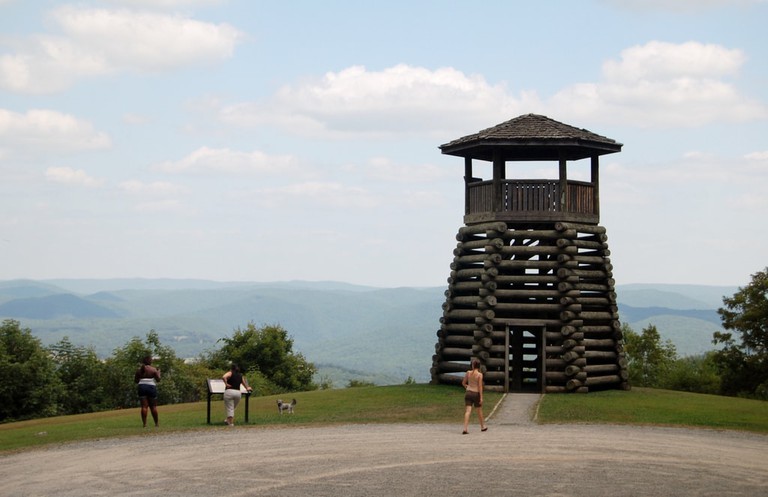 Fought in November 1863, the Battle of Droop Mountain was a turning point in the war, breaking the stalemate between the Union and Confederate armies that had been playing out in the mountains of West Virginia since June 1861, and was the last major battle in West Virginia. After Droop Mountain, Union troops remained in control of West Virginia for the remainder of the war. To learn more about the battle and take in gorgeous views of the Allegheny Mountains, visit Droop Mountain Battlefield State Park, which has a history museum, as well as hiking trails. 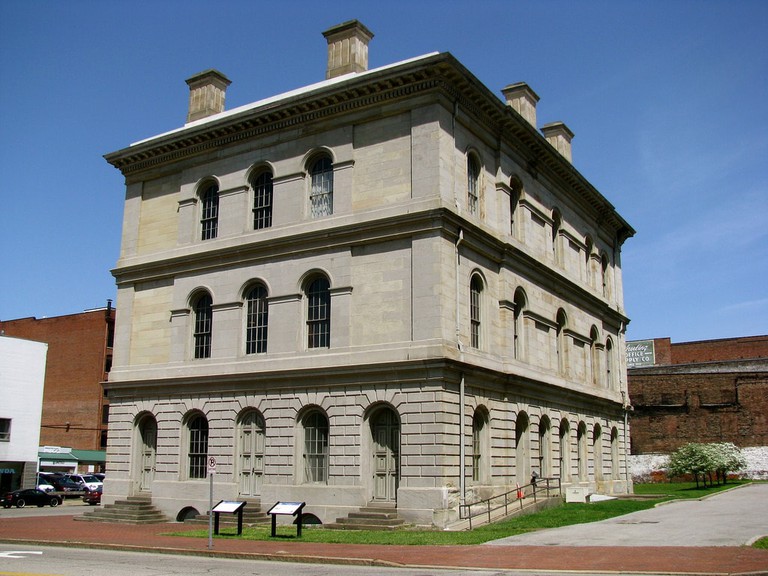 While there were no battles in Wheeling, West Virginia, the city was central to western Virginia and then West Virginia’s role in the Civil War. When Virginia voted to secede from the Union in 1861, Unionists in Wheeling were determined to not be a part of the Confederacy. After two years of drafting a new constitution and votes, West Virginia became a new state as part of the United States of America in 1863. Visit West Virginia Independence Hall and learn about the politics and history behind the creation of the state.