A Brief History of the Lake Shawnee Amusement Park 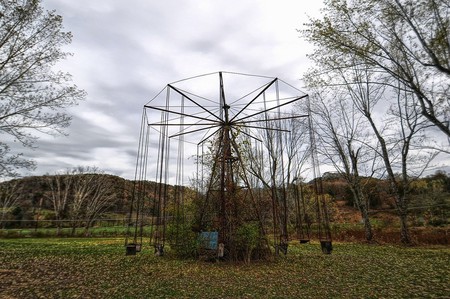 Man-made structures that have been abandoned make for some of the creepiest places on earth, a reminder that one day animal and plant life may go on without us. Even scarier—and perhaps more interesting—than an abandoned building is an overgrown, haunted amusement park tucked into the backwoods, which is exactly why people trek to Rock, West Virginia to see the Lake Shawnee Amusement Park.

In the late 1700s, the dense woods of western Virginia (West Virginia wasn’t a state yet) were the frontier of the newly formed United States. The Clay family bought land around Lake Shawnee near Bluefield, West Virginia, set up a farm, and created a new home. But Native American tribes had been calling that same land home for thousands of years. The story goes that father Mitchell Clay left his children to go hunting in August 1783 and a group of eleven Native Americans attacked and killed two of his children, while taking a third captive and eventually burning him alive. A group of men then went after the Native Americans, killing several of them. Locals say the trauma of this incident seeped into the land around Lake Shawnee. 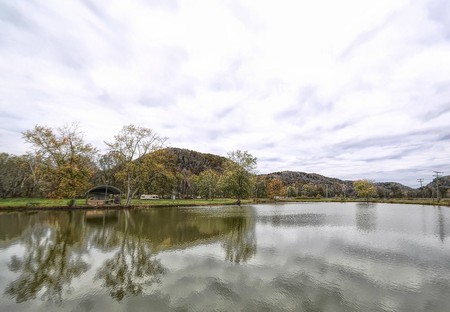 144 years later, entrepreneur Conley Snidow saw opportunity in the land around Lake Shawnee. The population of the West Virginia coal fields was booming, and Snidow knew that the families living in the area needed entertainment. He built a small and simple amusement park with circular swings, a water slide, a dance hall, a pool and pond with canoes.

Between 1927 when the park opened and 1966 when it finally closed, six people died at the Lake Shawnee Amusement Park. It may have been that reputation that caused the attraction to close, or simply the fact that less and less coal miners lived in the area in the second half of the 20th century, as coal mines closed and laid off workers. Whatever the reason, the park and rides were never dismantled, and sat abandoned for twenty years before the property was rediscovered.

Bones and a haunted attraction

In the 1980s, Gaylord White bought the property planning to do something with it. But, he discovered the park had been built atop of ancient graves of Native Americans. Locals now believe the burial ground may have cursed the land even before the Clay family arrived. Today the park is the perfect place for experiencing spirits; you can call to see if a tour is coming up soon, or visit in October for the Dark Carnival haunted tour of the park.