A Brief History of Fiesta, the Colorful Dinnerware 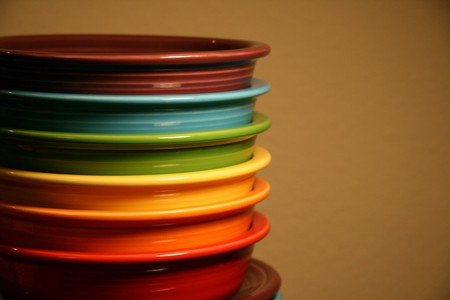 Fiesta’s tagline is “An American Icon,” and these dishes really are. Walk into almost any antique store in the United States, and you’re likely to find colorful plates, bowls, cups, and water pitchers also known as Fiestaware. They’re still coming out with new colors, and even the antique plates have become more popular again as mid-century modern décor invades our homes. Here is a brief history of the dinnerware, and how it invaded our homes in the first place.

The year was 1936, and most dinnerware still felt old, stuffy, and Victorian: delicate and white with patterns of roses and flowers. Enter Fiesta! At the Pottery and Glass Exhibit in Pittsburgh, Pennsylvania, the West Virginia-based Homer Laughlin Company put thick, bold, solid-colored plates, cups, and bowls on display. This iteration of dinnerware was new, fun, and exciting and the beginning of the Fiestaware phenomenon. 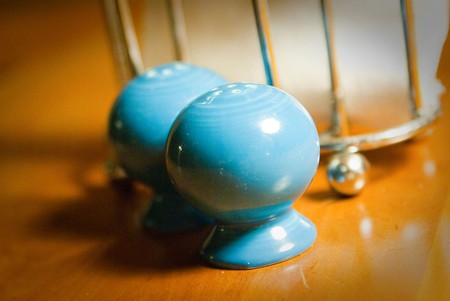 Fiestaware entered the market at a time when consumers were ready to buy what magazines touted as the best at decent prices. From 1936 to 1969, Fiesta sold well, and the products remained relatively unchanged—except for the red dishes. The red glaze was created by using uranium oxide, which happens to produce a vibrant color; however, it’s also radioactive. When the U.S. needed uranium to make atomic weapons, Fiesta discontinued the color and then reintroduced it from 1959 to 1972 by using depleted uranium, which the government suggests you don’t use for food, and some owners have found it to be slightly radioactive.

By 1969, interest in Fiesta was declining. The company tried to change the designs slightly and added more popular colors to increase demand, but it didn’t work. They discontinued Fiesta in 1973, but it didn’t take long for a secondary market to appear. By the early to mid-1980s, a new interest in Art Deco-styled houseware had people scrambling to buy old Fiestaware. The Homer Laughlin Company noticed and started producing new dish sets in 1986. 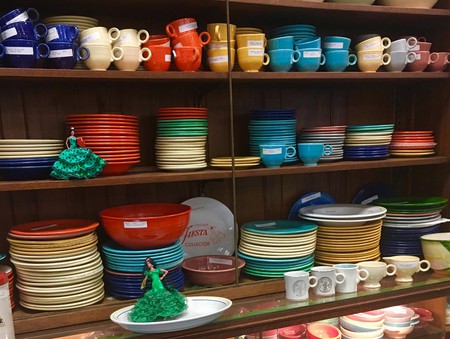 Today, the Fiesta line is back, and you can buy new wares at retailers like JCPenney, Target, and Macy’s. Each year, the company announces a special, limited-run color, but the look and feel of the dinnerware remain the same. The Homer Laughlin Company also makes other china and is the last commercial pottery maker in the United States. Visit the Retail Store in Newell, West Virginia, or the Everything Fiesta store in Flatwoods, West Virginia, for factory outlet prices and yearly tent sales.