Travel Back in Time at Washington's Camlann Medieval Village 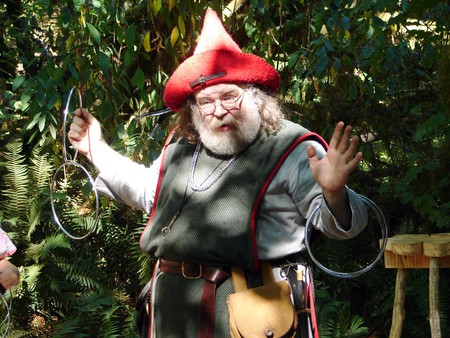 England’s Medieval Ages live on through history books and storied pasts. But for the state of Washington, this same period is one you can now physically step back into.

With a population of less than 2,000 people, Carnation in Washington is a small, Pacific Northwest town in every sense of the word. Its few blocks offer the usual essentials: a grocery store, gas station, family restaurant, and of course, a tavern. But deep within its forest sits one of the state’s most unique attractions: the living history museum, Camlann Medieval Village.

Living history museums, sometimes called open air museums, are unique in and of themselves. Often run by 501 (c) (3) nonprofit companies, these interactive museums do more than simply display historical artifacts. They specialize in recreating life during a specific period in time – think Margaret Peterson Haddix’s popular 1996 young adult novel, Running Out of Time, but without the dystopian setting and diphtheria outbreak. For Camlann Medieval Village, its volunteers live out their days as if it were 1376 in rural England.

With several stations that include a working mill, tournament field, forge, the Bors Hede restaurant, and shops, the village is fit for Geoffrey Chaucer. On a regular day, Camlann is fairly quiet. Skilled workers dye wool with natural ingredients, make baskets, and even spin pottery for onlookers usually made up of students visiting on field trips, visitors from various organizations, and Washington tourists. The villagers’ overall manner heightens the authenticity of the time hop. Each worker dons 14th century garb and speaks in medieval tongue.

Camlann comes to life best when it’s celebrating one of its seasonal festivals. For summer, the calendar includes the Midsomer Festival in June, the Saint James Faire in July, and the Harvest Festival in August. During these occasions, visitors can participate in archery, observe medieval combat, and even chow down on an English feast, all while learning about the history behind the event.

Living museums exist all around the country. What separates the Camlann Medieval Village from the rest is that it takes visitors back to a time other than 18th century America. A closer look at these institutions shows that many of them recreate wartimes in the US, which is perfectly fine, but a little variation never hurt anyone.

For Camlann, the museum is meant “to provide a deeper understanding of the relationship between [medieval] historical events and western society today.” And visitors can expect just that.