This Washington Town Believes That Jellyfish Rained on Them 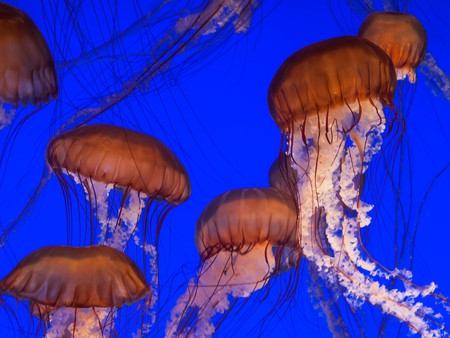 Rain isn’t the only thing pouring down on Washington State.

The Evergreen State is famous for lots of rain—Seattle in particular. Washington’s position between the Pacific coast and high-reaching mountain ranges make for low cloud coverage and constant drizzle almost year-round. And while the dreary weather isn’t for everyone, most Washington natives can’t get enough of it. Except, of course, when it’s not rain pouring down on their home state, but rather small gelatinous blobs that may actually be jellyfish.

Sitting along the Chehalis River just southwest of Olympia is a small town by the name of Oakville. With no more than 700 residents, it’s noted for being the site of the last horseback bank robbery in Washington State. And up until August 7, 1994, that wacky event was the weirdest thing that happened to Oakville.

On the morning of August 7th, after a night of what looked to be like a normal rainfall, Oakville resident Sunny Barclift woke up to find her farm covered in something sticky. Barclift inspected it, rubbing the substance between her fingers, and to her surprise, she discovered that the rice-grain-sized droplets weren’t water but rather a jelly type of goo.

The incident immediately sparked curiosity. Shortly after touching the substance, Barclift, her mother, and her friend fell ill. Eventually, the three turned up at the local hospital with severe stomach cramps.

A local hospital technician surveyed the jelly goop underneath a microscope and claimed that it contained white blood cells and believed a living organism might have rained down from the sky. He was then dismissed by the Department of Ecology who said that it wasn’t possible because they didn’t find any nuclei. But the blood cell conundrum spurred a new belief that the goop actually belonged to raining organisms.

While these professionals looked into the substance, the town created a theory of their own: jellyfish. According to a report in The Free Lance-Star, “The jellyfish theory began when the townsfolk learned the Air Force was dropping live bombs into the Pacific Ocean about 10–20 miles off of the coast of Washington State. The idea was that jellyfish remains might have been blown up into the clouds where they were later dispersed in rainfall.”

While the jellyfish theory may seem far reaching to the outside observer, Washingtonians know that stranger jellyfish things have happened. To this day, no one actually knows what rained down on Barclift’s farm. But the event gave the small town of Oakville a new reputation, the site of an unexplained phenomenon.