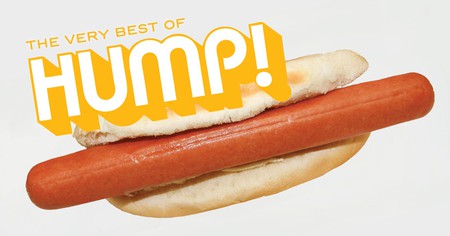 The Pacific Northwest’s HUMP! Film Festival is a pornographic wonder that seeks to remind people that “everyone is sexy.”

As you know my Friday night was a bit out of character for me. Please don't worry about me though. Saturday was spent with some like minded friends checking out some adult films. Tonight we took Brigit out to watch the Oscars. #humpFilmFest #danSavage #brigitNeedsAHastag #bobMackie #goddessOfTheSun

The festival promotes inclusivity in every iteration. Per their own website, “our carefully curated program is a cornucopia of body types, shapes, ages, colors, sexualities, genders, kinks, and fetishes—all united by a shared spirit of sex-positivity.”

The desire to view sexually-charged media—no matter the genre—that doesn’t revolve solely around straight, white, and/or cis couples goes beyond the scrappy underground. It ranges from Andrew Haigh’s acclaimed film Weekend and HBO show Looking to Sebastián Lelio’s A Fantastic Woman to Miguel Arteta’s latest feature, Duck Butter. And those showcases make it clear that audiences are seeking a more accurate representation of love, sex, and sexuality.

“With all the fears, nerves, and hang-ups around sex and sexuality, HUMP! still manages to be a place where everyone can go and have a good time. Many people see things they’ve only read about, fantasized about, or just didn’t understand or were too shy to ask about.”

When asked about the most surprising aspect of the festival since it first screened in 2005, Dodge says, “I’m surprised by the shared humanity of such a massive range of sexual expression. There aren’t many spaces where we can get together with all of our differences and experience something as raw, intense, hilarious, and deeply human in its range as HUMP!”

HUMP! Film Festival is currently touring—starting in the Pacific Northwest on May 10 and traveling through Canada and other states until the end of the year. With its next show is scheduled for Seattle this coming weekend, audiences can expect something a little different this time around.

“This year, it’s a collection of some of the audience and our favorite films from the last 10 years,” says Dodge, “That means, the ones that made us laugh the hardest, squirm that most, and think about the longest afterwards.”