The Most Beautiful Parks and Green Spaces in Seattle 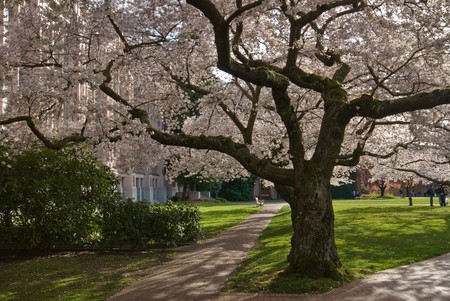 Despite being a city, Seattle works hard to remember the importance of green spaces. It helps when your city’s backdrop is a mountain range to the east and the west. The Seattle Parks and Recreation manages over 485 parks, but the following are the most beautiful. 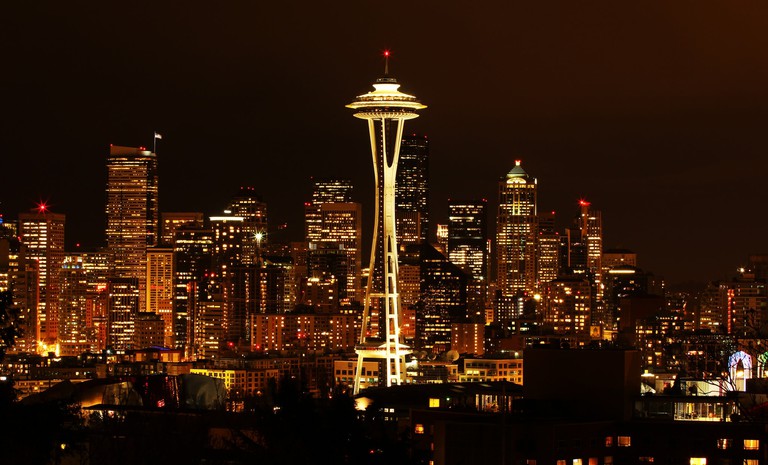 Downtown Seattle from Kerry Park | © Tiffany Von Arnim / Flickr
Kerry Park is a small green space that offers a playground, benches, and a piece of modern sculpture on approximately one acre of land. Though Kerry Park is beautiful in and of itself, it is best known for its stunning views. Anyone who has seen a picture of Seattle with the Space Needle and Mount Rainier has most likely looked at one taken from Kerry Park. The views are astounding and iconic.
Open In Google Maps
211 West Highland Drive, Lower Queen Anne, Seattle, Washington, 98119, USA
+12066844075
Visit Website
Give us feedback 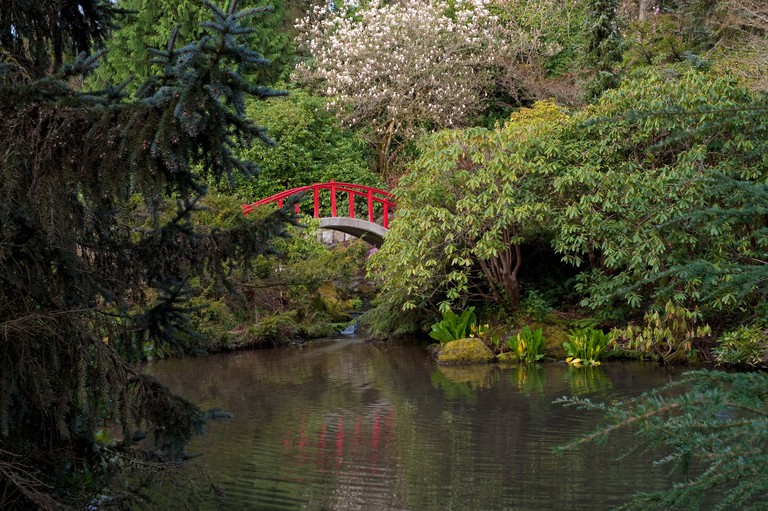 Kubota Garden was started by Japanese emigrant Fujitaro Kubota in 1927 | © Jim Corwin / Alamy Stock Photo
Deemed a historic landmark in 1981, Kubota Garden is a 20-acre Japanese garden designed with plants indigenous to the Northwest. The city acquired the garden in 1987 from the estate of Fujitaro Kubota—the horticulturist who first led the way for this culture-combining technique back in 1927—in order to protect and support it. Today, a group of volunteers largely runs the garden and its foundation.
Open In Google Maps
9817 55th Avenue South, Rainier Beach, Seattle, Washington, 98118, USA
+12067255060
Visit Website
Give us feedback 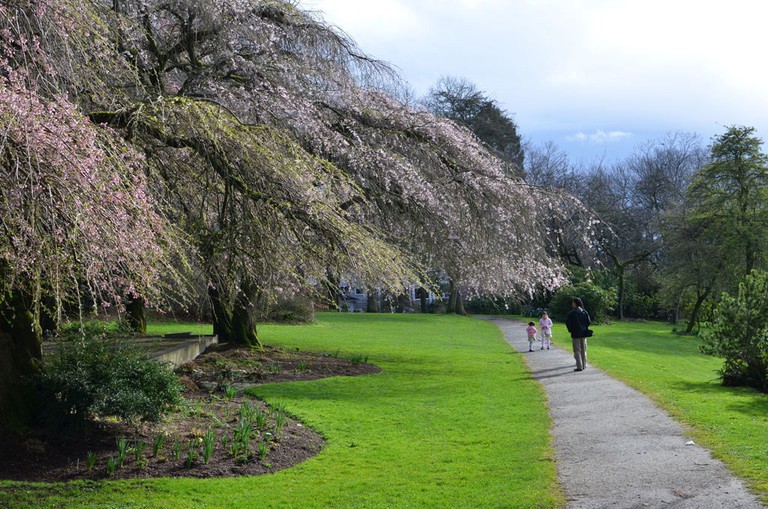 Volunteer Park, Seattle | © Bill Roberts / Flickr
Volunteer Park started as a cemetery, but bodies were displaced for the designing of a park. Originally called City Park, it was renamed in 1901 to commemorate locals who volunteered in the Spanish-American War of 1898–99. Skip ahead a century, and the park was deemed a Seattle Landmark in 2011. Today, the green space includes Volunteer Park Conservatory and the Seattle Asian Art Museum, which is currently closed for renovations and set to reopen in 2019.
Open In Google Maps
1247 15th Ave E, Seattle, Washington, USA
+12066844075
Give us feedback

This 220-acre watershed comprises a forest, meadows, wetlands, creeks, a beach, approximately six miles (9.6 kilometers) of walking trails, a salmon-themed play area, and Piper’s Orchard—originally planted around the turn of the century. Forgotten after the Great Depression, a few surviving apple trees were discovered in 1981. Since then, the orchard has undergone rejuvenation. In fact, all of Carkeek Park has undergone restoration—including bringing salmon back to Piper’s Creek—thanks to the tireless work of volunteers. On top of all that the park offers, it happens to have an incredible view of Puget Sound and the Olympic Mountains. 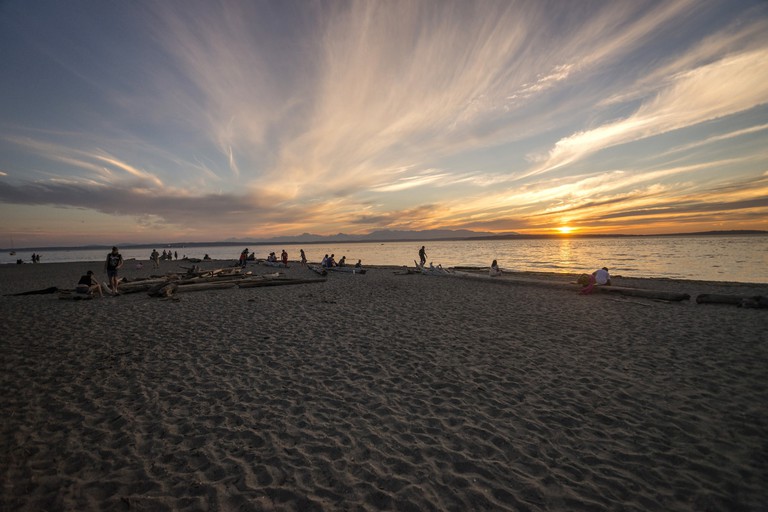 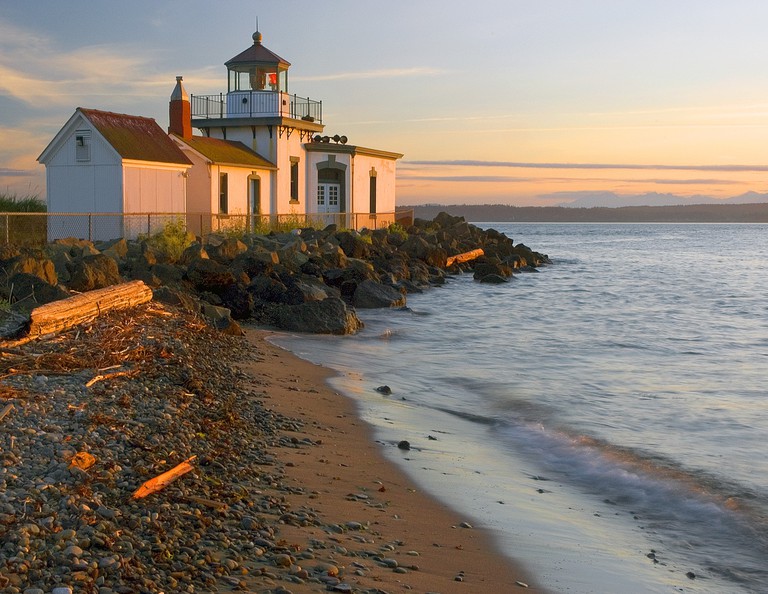 West Point Lighthouse from Discovery Park | © Seattle Parks / Flickr
As Seattle’s largest city park at 534 acres, Discovery Park sits across from Salmon Bay and Ballard. Originally the location for Fort Lawton, the Army passed the land to the city in 1971 for the purpose of building a park. Since its official opening in 1973, it has come to offer tidal beaches, meadows, sea cliffs, a forest, streams, active sand dunes, the West Point Lighthouse, 11.81 miles (19 kilometers) of walking trails, and outstanding views of both the Cascade and Olympic ranges. Discovery Park is a green oasis in an urban setting, a wildlife sanctuary, and an educational resource.
Open In Google Maps
3801 Discovery Park Blvd, Seattle, Washington, USA
+12063864236
Visit Website
Give us feedback 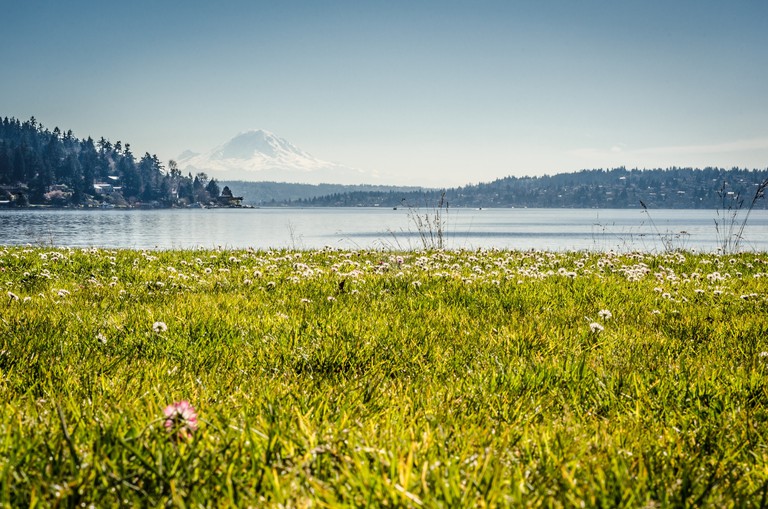 Mount Rainier from Seward Park Beach | © Michael Camilleri / Flickr
The 300 acres of forested peninsula that make up Seward Park include old growth forests, an amphitheater, an art studio, hiking trails, the Seward Park Audubon Center, and a beach with boat launch options. Some trails are paved to accommodate wheels (such as those on strollers). The Seward Park Audubon Center works to connect the community with wildlife both for the benefit of the community and to motivate them to protect its beautiful, neighborhood nature.
Open In Google Maps
5900 Lake Washington Boulevard South, Seward Park, Seattle, Washington, 98118, USA
+12066844396
Visit Website
Give us feedback

The Washington Park Arboretum is under the management of both the City of Seattle and the University of Washington Botanic Gardens, a part of the School of Environmental and Forest Sciences. The 230 acres of the arboretum include seven areas: the Pacific Connections Garden, the Joseph A. Witt Winter Garden, the Woodland Garden, Shoreline & Foster Island, Rhododendron Glen, Azalea Way, and the popular Japanese Garden on the south end of the arboretum. Look closely as some plants here aren’t found anywhere else in the Northwest!
Open In Google Maps
2300 Arboretum Drive East, Madison Park, Seattle, Washington, 98112, USA
+12065438800
Visit Website
Give us feedback 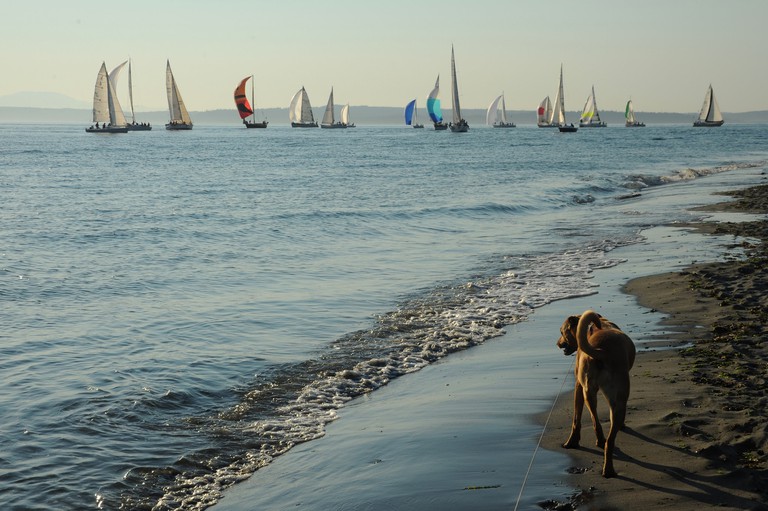 Golden Gardens | © Wonderlane / Flickr
Golden Gardens Park is over a century old, providing Seattleites with timeless views and recreation. Its 88 acres include wetlands, trails, a beach, boat launch, and a one-acre off-leash area for dogs. The Golden Gardens Bathhouse, built in the 1930s, is a wonderful location for events and parties, with a cathedral ceiling and room to accommodate 140 (sitting room) to 295 (standing room) individuals. The park is best known for its gorgeous beach and the opportunity to explore its low tides.
Open In Google Maps
8498 Seaview Place Northwest, Ballard, Seattle, Washington, 98117, USA
+12066844075
Visit Website
Give us feedback

Olympic Sculpture Park is part of the Seattle Art Museum, along with the Asian Art Museum in Volunteer Park (see above). It’s essentially an open-air museum on Elliott Bay with the Olympic and Cascade mountains as the backdrop—in other words, beauty surrounded by more beauty. The park is free and open to the public year-round, including free tours. Panaderia is a pop-up café at the park, providing your taste buds with culinary treats. Indoor and outdoor facilities are available to host events for 10 to 350 people. 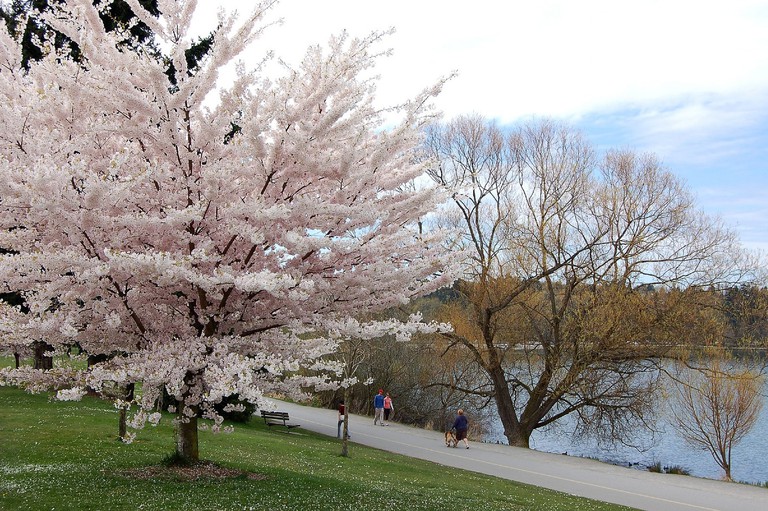 Green Lake Park makes for a lovely picnic spot | © Seattle Parks / Flickr
Green Lake Park is a true source of community, providing an important green space for city folk and natural preserve for wildlife. Including a 2.8-mile (4.5-kilometer) path around Green Lake, athletic fields, boating, and swimming opportunities, this is yet another century-old park that illustrates the value that the city of Seattle placed on nature early on. The park also hosts the Green Lake Community Center, Green Lake Small Craft Center, and Evans Pool (one of eight indoor pools run by the Seattle Parks and Recreation).
Open In Google Maps
7201 East Green Lake Drive North, Northwest Seattle, Seattle, Washington, 98115, USA
+12066844075
Visit Website
Give us feedback
Give us feedback