The Lady of the Lake Is Still Haunting This Washington Town 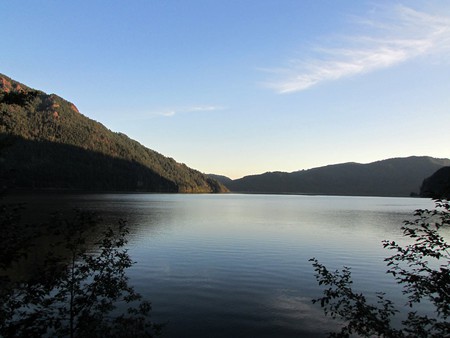 Lake Crescent is more than just a natural wonder in Washington—it’s the home of the legendary “Lady of the Lake.”

From the Hall of Mosses in the Hoh Rainforest to the Kalaloch Tree of Life that sits out on the Pacific Coast, the westernmost part of Washington State offers more than just breathtaking hikes and great camping. No such wonder beats the second largest lake in the state of Washington, Lake Crescent.

At over 600 feet (182.8 meters) deep and 12 miles (19.3 kilometers) wide, Lake Crescent sits as one of the most gorgeous, expansive lakes that the Evergreen State has to offer. But beauty isn’t always innocent. Despite its majestic nature, Lake Crescent has a hauntingly dark past. Her name was Hallie Illingworth, and in 1940, three years after her disappearance, her body surfaced from the depths of Lake Crescent. 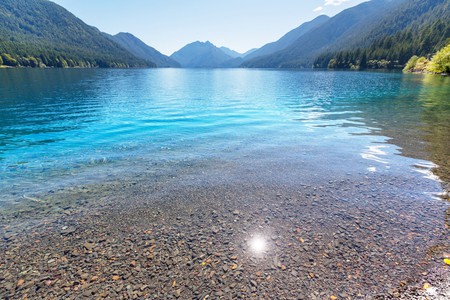 Originally born in Kentucky, Hallie spent the majority of her life bouncing all across the country. That is until 1936 when she found herself in uniform, waiting tables at a tavern in the Lake Crescent Lodge, just a half hour away from her apartment in Port Angeles. She was 35 years old and despite her young age, was a two-time divorcee. Like most patterns, her unlucky streak in love wasn’t about to end anytime soon.

While working at the tavern, Hallie became acquainted with a local beer truck driver by the name of Montgomery “Monty” J. Illingworth, who often stopped at the tavern before heading back out on the road. Known for his charm, it didn’t take Hallie long to fall in love, and the two quickly wed. It hadn’t even been a year since Hallie established a home on the Olympic Peninsula. 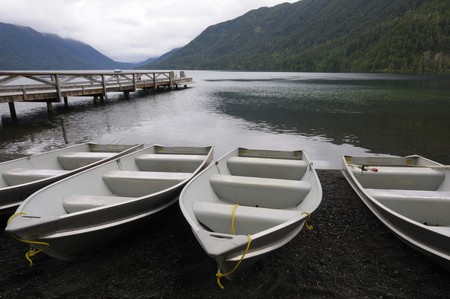 Almost immediately following their nuptials, Hallie started coming to work covered in bruises and paired with broken teeth and black eyes. The newlyweds drunkenly fought often in their apartment and outside the tavern in the early morning hours. Five months after the wedding, still in what is now known as the honeymoon phase of the relationship timeline, Hallie went missing.

It was right before Christmas. Monty told police that she wasn’t missing—she had just run off with an Alaskan sailor. Just like that, the case closed, and in 1938, Monty received his highly desired divorce and ran off to the California sunshine with Hallie’s sister’s roommate.

All went according to Monty’s plan until July of 1940, when an unidentified body floated to the surface of Lake Crescent. After untying the rope and unwrapping the blankets, the fishermen discovered that, minus a few fingers, toes, and the tip of its nose, the body was perfectly preserved.

According to Harlan McNutt, the young medical student who examined Hallie, the body had the texture of soap. Medically speaking, the term of this bodily process is saponification. Hallie’s body fat had interacted with chemicals formed deep within the lake, essentially turning her skin into wax. 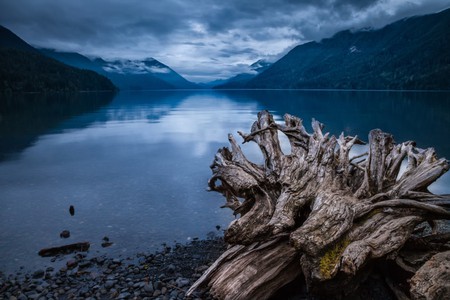 Hallie’s body wasn’t identified right away, and so, of course, the public named the corpse the “Lady of the Lake.” It had been three years since the incident, and the case had closed. However, after McNutt noted that the body was both strangled and beaten, the police dusted off the old file and started investigating. Hallie’s dentist in South Dakota was the one who confirmed that the body was hers, all thanks to a dental extraction that matched his work.

With that piece of evidence locked down, along with Hallie’s clothes and the rope used to tie the body, which happened to be sitting on the shelf of a local store whose owner confirmed that Monty borrowed that same rope the night of the murder, all fingers pointed to the third husband. The trial lasted a whopping four hours. Convicted of second-degree murder and sentenced to life in prison, Monty got out on parole in 1951 and lived out the rest of his life in California.

Lake Crescent is one of the deepest lakes in Washington State, and though scientists have measured at least 600 feet (182.8 meters) of it, it’s claimed to be over 1,000 feet (304.8 meters) deep. And it’s those deep-water chemicals that helped solve the murder of one missing woman who lived on the Olympic Peninsula.