The Best Pizza Places In Seattle

There’s nothing like hot pizza to go with rain and grunge music, except maybe also a beer. Seattle’s pizzerias are diverse, some Neapolitan style and some just thin crust and savory, but almost always unpretentious and killer. Below, we’ve listed our favorites.

Naples is widely considered the birthplace of pizza. At one time considered the poor man’s meal, pizza became popular in the upper classes during the reign of Ferdinand IV . According to legend, the Margherita pizza is named after Queen Margherita of Savoy, who visited Naples in 1889, the green basil, red tomato sauce, and white mozzarella all represent the Italian Flag. At Tutta Bella, you’ll find traditional and authentic Neapolitan style pizzas, including the Margherita, made with the freshest, tastiest ingredients. They’re friendly, follow the culinary discipline of the Associazione Verace Pizza Napoletana, and their pizzas are delicious, offering seasonal pizzas based on the time of year. 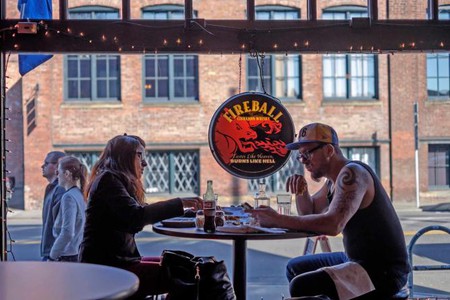 Sourcing savory cured meats from the best butchers in Seattle, grinding their own sausage, and inventive with their recipes, Flying Squirrel Pizza Company is a solid pizza place that also cares about music. You can bring your mixtapes (on cassette) and it may even get played at the restaurant (so long as it’s not offensive). They have a collection of custom made mixtapes on their wall that they’ll add yours to if you bring it in, and you’ll receive 10 percent off your order. Their pizzas include the spicy ‘Lightnin’ Hopkins’ with Zoe’s spicy salami, Mama Lil’s Peppers, red onion, mushrooms, mozzarella, and sauce and ‘The Charles’ with Zoe’s pepperoni, house-made pork sausage, mushrooms, black olives, mozzarella, and sauce. 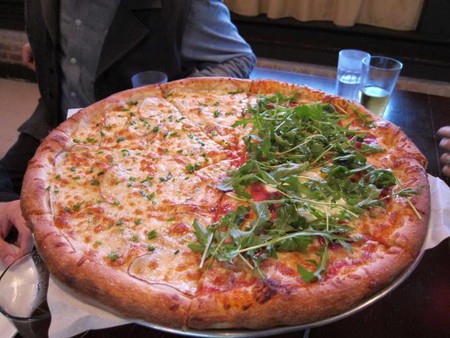 Pizza for the indecisive at Proletariat Pizza | © stef_monk/Flickr

Rat City’s (A.K.A. White Center’s) gritty pizzeria, Proletariat Pizza now serves gluten free pizzas as well as regular pizzas like the ‘Cinco’ with fontina, provolone, asiago, gorgonzola, and mozzarella cheese with tomato sauce, and the ‘Vegetarian’ with oven-roasted tomatoes, kalamata olives, goat cheese, mozzarella cheese, and tomato sauce. Like any true pizza place, it has arcade games in the back to play. For New York style pizza, this is about as close as you’ll find in Seattle, with a crispy, thinner crust and delicate drizzling of the sauce. They also have happy hour.

Pronounced ‘pool chee’nel la,’ Pizzeria Pulcinella is named after a character from a 17th century Italian Commedia dell’Arte who is largely recognized as the symbol of Naples. The pizzeria has a Valoriani wood fire oven from Italy that they use for all their pizzas, allowing the pizza to be cooked for 90 seconds at 800-900 degrees, a key to authentic Neapolitan pizza. Their pizzas include the ‘Giovanni’ with roasted pepper and pesto sauce, mozzarella, pepperoni, sausage, onion, mushroom, and cherry tomatoes and the ‘Capricciosa’ with tomato sauce, mozzarella, ham, mushrooms, artichokes, and kalamata olives. 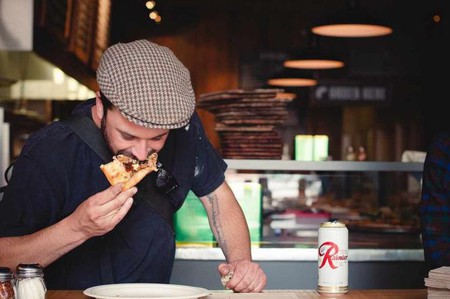 A neighborhood, friendly pizza place, Ballard Pizza Company looks like it’s inside a glorified garage, so just the sort of style Seattleites dig, open space, utilitarian, no pretentiousness. You can sit inside and watch the rain pour down, hunched over your slice of delicious, warm pizza, hand around a mug of beer, and with a couple of friends beside you. They serve pizza like the ‘Veggie Bomb’ with grape tomato, zucchini, olive, pickled pepper, red onion, and mushroom, and the ‘Funghi’ with mixed fresh mushroom and thyme. You can also put your faith in the ‘Big Moses,’ the chosen pizza of the day, for a little adventure.