The Best Nightclubs in Seattle 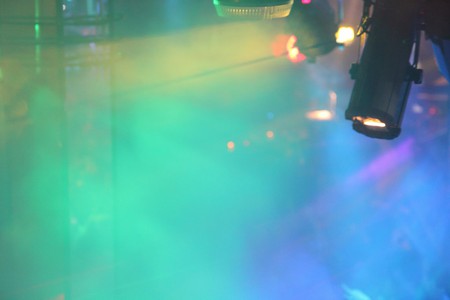 For those looking for forgiving lighting, drinks, and deafening ints-ints-ints, yes, Seattle has that, too. As a creative incubator and home of over 700k people, Seattle is a hot spot for emerging DJs as well as for musicians on tour. Here are the places to go for a night you’ll never remember and a hangover that’s totally worth it.

Nightclub, Pub Grub, 0
Facebook
Email
Twitter
Pinterest
Copy link
Share
An all-EDM, luxury nightlife venue, Foundation Nightclub offers three bars and three VIP areas. With valet parking, bathroom attendants, and hand-blown glass details, they have regular concerts on Wednesdays, Fridays, and Saturdays. Resident DJs include Darrius, Rohry, and Sir Kutz. Ticket prices range from $5 to $45 and it is highly recommended that you purchase them ahead of time. There is a dress code, so make sure to check it out ahead of time: “Please dress to impress.”
Open In Google Maps
Give us feedback

A queer-centric, 21+ nightclub, Kremwerk is a techno club in a futuristic-decorated basement. Including gender neutral bathrooms, the space is open Thursday through Sunday and tickets range from $5 to $25. Kremwerk is located right next to the Timbre Room, which has a more Northwest vibe and a similar music scene.

Sat.9.2 – After an amazing Debut 4.0, This Arthaus is getting DANGEROUS! Two New Hauses compete to win the crown, and it's up to YOU who takes it home! Hosted by Haus of Urchin. Tickets at Kremwerk.com // this link: bit.ly/SeptArthaus4. 7PM Doors, 8PM Show. . . . . . #localdrag #seattledrag #lgbtseattle #paxwest #arthaus #kremwerk #rupaulsdragrace #seattlelgbt #dragseattle

Taking its name from the story of Roy Aston, a Seattle socialite who built a speakeasy into his mansion during prohibition, Aston Manor offers two floors, a balcony, a VIP section, an outdoor patio, and three bars. With a 1920’s theme, the full-sensory experience can include acrobats and fire breathers. The enforced dress code is business/fashionable casual, so make sure to check out the restrictions on their website.

The Monkey Loft sets itself apart from other Seattle nightclubs with a more intimate setting and the Deck, an after-hours outdoor patio. Though no alcohol is served after 2 am per city regulations, the Deck – with a fireplace, seating, and exquisite views – stays open until 4 am for those who want to keep on dancing. Invested in the local scene, Monkey Loft fits into the SODO neighborhood with its industrial aesthetic. This is a place for the after-party.

Wowww, thank you @shamelessseattle & @chanceofrainfestival for having me yesterday on the Monkey Loft rooftop!! Getting to play almost 5 hours of music with a impromptu b2b set with @saandmusic (Porkchop Saandwiches) was quite magical.. Can't wait to come back soon!! 🎯 #iloveyoufreaks 📸 by @dnslnsyjhnsn

Nightclub, American, $$$
Facebook
Email
Twitter
Pinterest
Copy link
Share
Map View
Designed by Bohlin Cywinski Jackson, Q Nightclub is a multilevel space set up as a lounge on weekdays (Wednesday and Thursday) and a club on the weekends (Friday and Saturday). Focused on the innovation and state-of-the-art equipment that originally made nightclubs great, the club has its own line of infused and flavored vodkas. You can also check them out for birthday or bachelorette party options as well as large venue rental.
Open In Google Maps
1426 Broadway, First Hill, Seattle, Washington, 98122, USA
+12065551212
Visit Website
Give us feedback

A smaller, less trendy music venue, LO-FI is the place to go to dance; everyone is dancing, so ditch the heels for the sneaks. Featuring two bars and two rooms with separate sound systems, there are also a few vintage arcade games. The 21+ venue can also accommodate private events of up to 250 people.

Self-labeled as “Seattle’s Most Iconic Nightclub”, The Baltic Room is located in the Melrose Triangle on Capitol Hill. Though music usually starts around 10pm, doors open at 9pm for Sound Check Happy Hour which offers $3 wells, drafts, and wine. With a capacity of up to 500 people, you can also contact them for parties and/or bottle service.

Another sold out night for the long weekend! Come join us tonight at Baltic Room! Visit our Facebook for photos from last week's party. #PLAYonSaturday

Trinity is a two-level nightclub with four separate rooms, a full lounge, and two dance floors. The Main Room incorporates recycled elements, some from dismantled buildings, to provide a vintage theme. The Blue Room comprises a sparkle-infused, blue dance floor for a more modern, almost gaudy feel. The Card Room is the lounge, which is Asian-themed. Finally, there is a VIP Room for more secluded entertainment. All rooms can play separate music. The dress code changes per event, so make sure to double check the requirements before buying tickets.

Established in 1990, Re-Bar was the location in September of the following year for Nirvana’s Nevermind album release party (which the band was eventually kicked out of for having started a food fight). Their support of Nirvana before they were really on the music map is an accurate illustration of the club still today: creative, indie, and underground. A huge part of the LGBT and artsy scene in Seattle, Re-Bar is one third nightclub, one third fringe theater, and one third art gallery, where Pacific Northwest artists are showcased once a month.

Fly Gurls return this Saturday for Night Crush! We are gonna be sweating our faces off. This is always an insane party and we are pumped to be a part of the madness 🎀🍾💋👅💎🎉 #FlyGirls #ShowMeLove #NightCrush

Nightclub, Gay Bar, LGBTQ Bar, Pub Grub, Cocktails, Wine, Beer, $$$
Facebook
Email
Twitter
Pinterest
Copy link
Share
Map View
Neighbours Nightclub is “Seattle’s longest running and largest LGBTQ nightclub”, having opened in 1983. It has a capacity for approximately 1,100 people, two levels, a lounge, and food. Neighbours is an all-inclusive nightclub that maintains a hate-free and no hate-speech environment, with a particularly invested history in the Seattle drag scene. The venue hosts pageants including Miss Neighbours, Latino Pageant, and Miss Gay Seattle. Neighbours is certainly all about pride, but above all else, it is proud of its local philanthropy.
Open In Google Maps
1509 Broadway, Capitol Hill, Seattle, Washington, 98122, USA
+12063245358
Visit Website
Give us feedback
Give us feedback