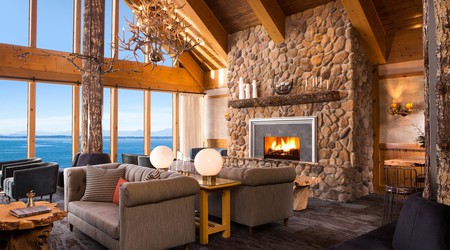 As Seattle, Washington, takes its place among top-tier cities, its portfolio of luxurious accommodation has kept pace. Choose from lofty perches in the city center or something a little more tucked away, and prepare to discover what this side of the Pacific Rim can offer connoisseurs of the finer things in life. 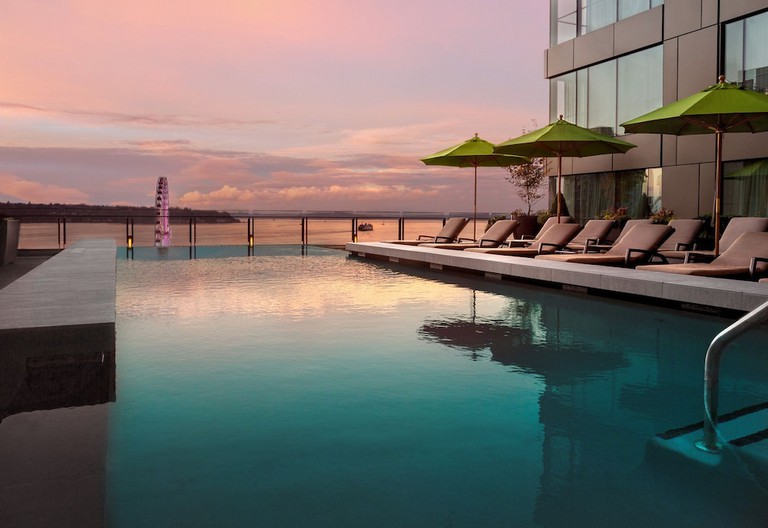 Light-filled rooms at the Four Seasons Hotel Seattle feature floor-to-ceiling windows, with views of Elliott Bay, and deep soaking tubs. Savor fresh-caught seafood and craft beverages at Goldfinch Tavern, the hotel’s partnership with noted local chef Ethan Stowell, either in your room or the waterfront restaurant. The hotel is a block away from Pike Place Market and the Seattle Art Museum. 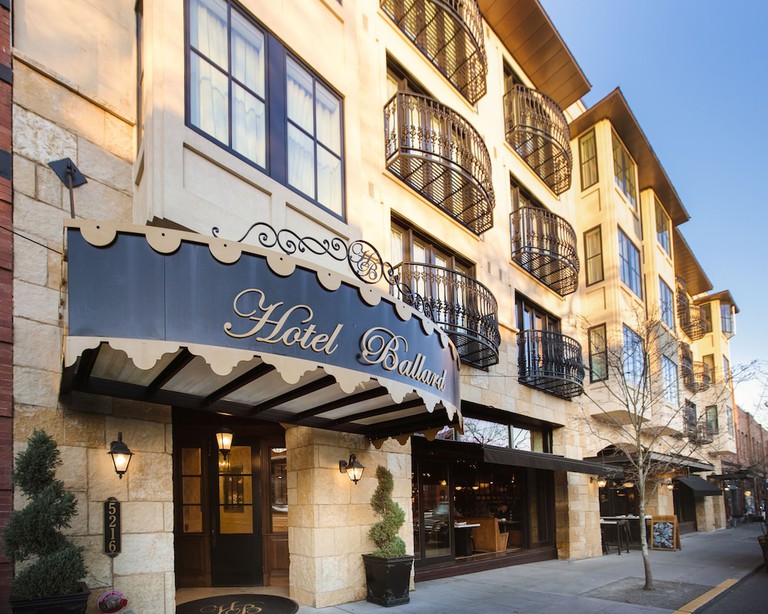 Hotel Ballard offers a small-hotel experience in one of Seattle’s larger-than-life neighborhoods. Suite accommodations – some overlooking a courtyard, others with a view of busy Ballard Avenue – feature California king beds and full-size sleeper sofas in separate rooms. Relax on the rooftop pavilion with its fireplace and sweeping views. 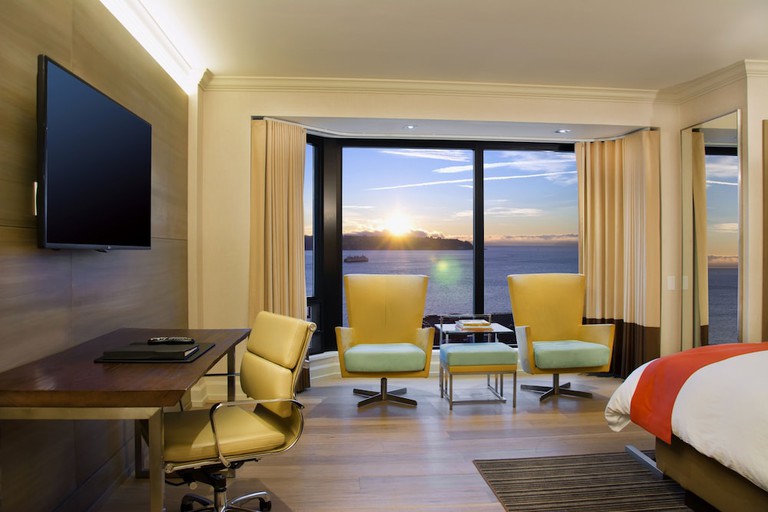 Courtesy of Inn at the Market / Expedia
View Rooms

Yes, the “market” in this hotel’s name is none other than Pike Place Market. The inn is mere steps from flying fish and the Gum Wall, yet it still feels like a hideaway. A rooftop deck and some guest rooms face west, where you’ll see ferry boats crossing Puget Sound. One of the inn’s three restaurants serves breakfast all day, so go ahead and sleep in. 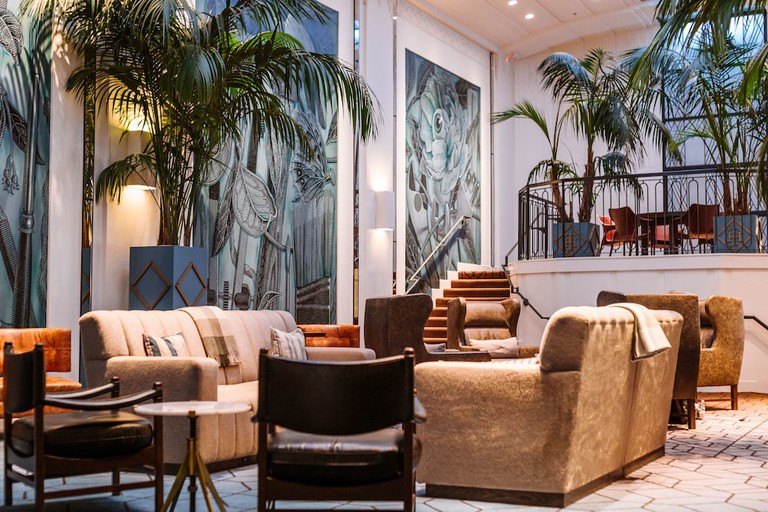 Renovated in 2017, this hotel in Downtown has a soaring art deco-inspired atrium with large murals and skylights, along with art and artefacts curated by Seattle’s Museum of History and Industry. The guest rooms reflect Pacific Northwest themes, with heavy paisley-print draperies and gleaming white-tiled bathrooms. The red neon Roosevelt Hotel sign on the roof honors the original name of this historic hotel. 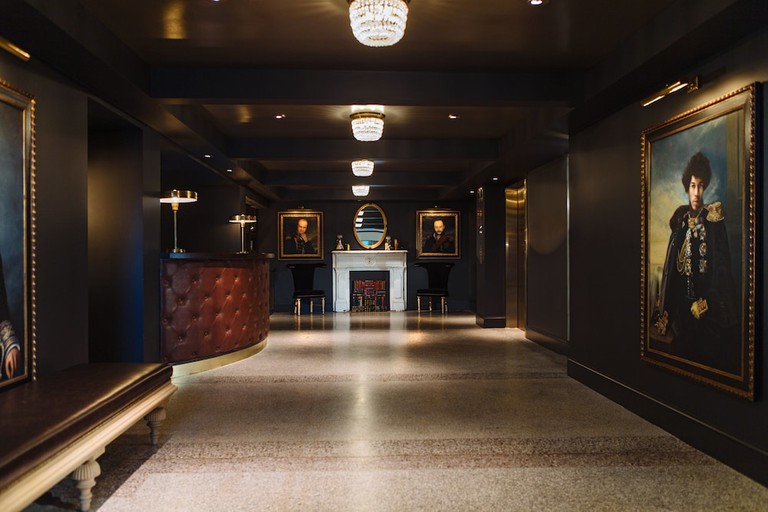 Chic and cheeky, the Kimpton Palladian Hotel is named for the windows that anchor its grand corner entrance. The elegance continues inside, with terrazzo flooring and dark wood mixed with surprising elements, such as the lobby portraits of modern celebrities reimagined in Napoleonic style. The guest rooms offer a soothing blend of vintage appeal and modern accents (we love the artful Seattle maps), and some feature a clawfoot tub with a separate shower. 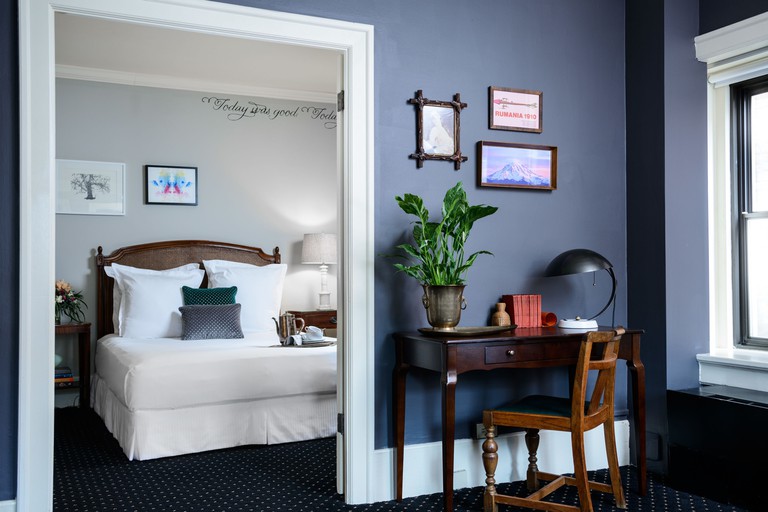 Inspired by Excelsior Vittoria in the Italian city of Sorrento, this hotel opened in 1909 as a rare seat of luxury in, at the time, rough-and-tumble Seattle. It retains that refined charm, with wood-paneled public areas, comfortable vintage furnishings and artwork (plus excellent local coffee) in the guest rooms. Hotel Sorrento sits on First Hill, a bit of a climb from Downtown Seattle. 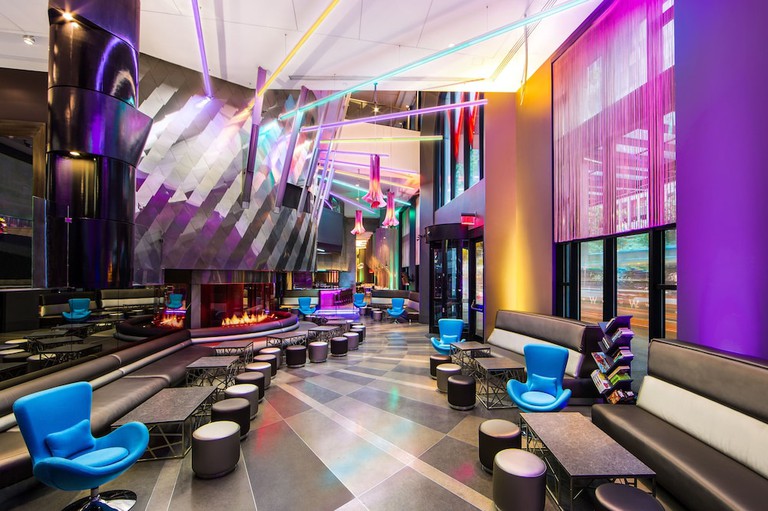 Walk into the W Seattle, and you’ll see it’s one of the city’s favorite meeting spots, with a buzzy bar area doubling as the lobby. The guest rooms are a bit more pared back but not boring, with woodsy headboards framing comfortable beds and spacious, well-appointed bathrooms. Book a room on a higher floor for a view of Mount Rainier, Elliott Bay or the rest of the Downtown Seattle skyline. 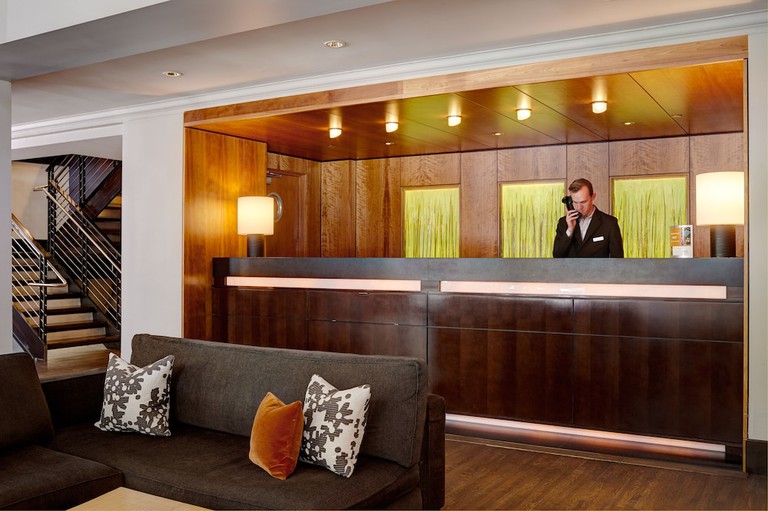 Many of Seattle’s early European settlers came from Scandinavia, an influence that is visible in the clean lines and inspired design of Hotel Ändra. This small Belltown property is home to the Hot Stove Society, a cooking school run by top local chef Tom Douglas. If you love all things Scandinavian, be sure to visit the National Nordic Museum in the Ballard neighborhood. 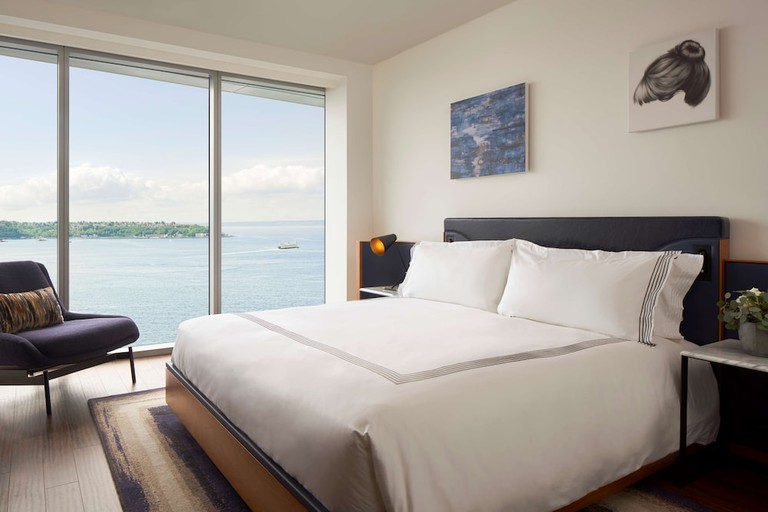 Designed by Olson Kundig Architects – a top architectural firm based in this innovative city – the much-acclaimed Thompson Seattle, with its angled glass façade, opened in 2016. Rooms are plush, and some have water views. You can also flock to the Nest, the on-site rooftop bar with lush landscaping, cozy firepits and panoramic views. Pike Place Market is a block away.

The Edgewater, a Noble House Hotel 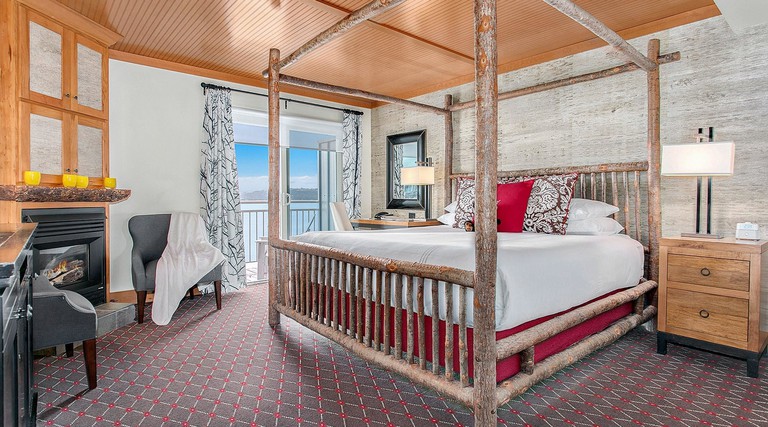 The Edgewater is Seattle’s most storied hotel, and it plays up this past with several suites honoring rock legends who stayed here. You can book the Beatles Suite for the ultimate stay, but every room offers guest access to electric guitars, turntables and other props for your rock’n’roll fantasy. True to its name, the hotel is on Pier 67 in Elliott Bay.