The Best Flea Markets and Thrift Stores in Seattle 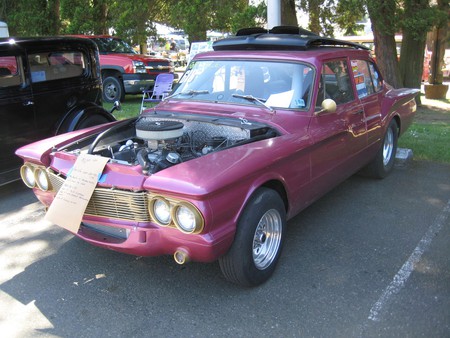 Some cities may be well-known for their flea market game. But how many of them have a famous song written about them? Macklemore & Ryan Lewis remind us of the awesomeness of fashion recycling, and in a city as green as Seattle, you can bet there are some great options to do just that.

Speaking of Macklemore, parts of the Thrift Shop video were actually shot at Red Light Vintage. A locally owned, small business since 1996, Red Light is incredibly engaged in the community, from sponsoring floats in the Pride Parade to partnering with MoPop. From 1930’s accessories to graphic tees, there’s something for everyone. Definitely keep an eye out for their amazing sales!

Twice a year, people from all around the area gather to sell “treasures they have made, purchased or stolen.” Originally set up as a fundraiser for the Low Income Housing Institute (LIHI), the Punk Rock Flea Market has grown into its own entity. Still, all profits after covering market expenses are donated to LIHI. This is a place to hunt, play, and give. All are welcome – punk rock or not.

Part of the Savers brand, which is headquartered in Washington State, Value Village has 60 years of experience in the thrift store business. They save more than 700 million pounds of used products from going to waste each year. Locally- and internationally-minded, Value Village helps local nonprofits and donates unsold items to developing countries. In fact, they currently work with over 120 nonprofit organizations. The company is also committed to its employees: creating jobs, hiring from within, and taking care of those who run their stores.

With the mission to “lead the resale fashion industry, provide a livelihood for its employees, a fair return to its owners and achieve sustainable profitability”, Buffalo Exchange has been a great consignment shop for both buying and selling for over 40 years. In the spirit of reuse, the company participates in programs such as Tokens for Bags®, Earth Day $1 Day Sale, and Coats for Cubs to further their recycling impact. They also support the arts with their Buffalo Exchange Arts Award.

Two nonprofits, the Chicken Soup Brigade and Northwest AIDS Foundation, fighting against HIV/AIDS and supporting those infected, came together in 2001. They began a thrift store as a means of funding. Today, that store, Lifelong Thrift, is 75% volunteer run. As a safe space for the LGBTQI and ally community, the clothes are first divided by style and function, as opposed to splitting the store into men’s and women’s clothing. Lifelong Thrift also participates in a voucher program to continue helping those living with AIDS. They are also prominent in education and prevention, plus they provide regular free testing for HIV in-store.

#jumpsuits are a must have for this summer, and let's be real, forever. Finish the look with sky high heels, a black cross body, and sunnies. #capitolhill #capitolhillseattle #lifelongthrift #seattlethrift #thrifted #thriftfinds #thriftlife #thriftstorefinds

Market
Facebook
Email
Twitter
Pinterest
Copy link
Share
Map View
Family owned and operated, the Fremont Sunday Market is “still crazy after all these years.” Inspired by weekly European markets, this year ’round market with a flea market vibe aims to support local businesses as well as individuals who want to sell a product or try a new idea. This support is provided in the form of an accessible marketplace with a positive environment.
Open In Google Maps
3401 Evanston Avenue North, Fremont, Seattle, Washington, 98103, USA
Visit Website
Give us feedback

The Salvation Army aims to help those in need, without discrimination, as guided by the evangelical branch of the Christian faith. That means that when you engage with the Salvation Army – donating, shopping, or other – you are helping them to help others. With a global presence, this over 150-year-old organization has staggering statistics. As of 2015, they have 58 refugee programs (serving 32,143 people), 440 homeless hostels (with a capacity of 24,680 people), and 252 residential addiction dependency programs (with a capacity of 14,267 people) – to name a few.

Thank you Cenex Zip Trip and all of those that donated for helping us to raise $71,000. This donation will be going towards providing backpacks to local kids throughout the Northwest to help prepare for the upcoming school year! #cenexziptrip #doingthemostgood #backtoschool #community

This monthly, pop-up flea market is all about recycled and revamped items. With over 40 vendors, including Crooksy Creations and CVS – This & That, A Very Vintage Market perpetuates maintenance versus throwing away and repurposing instead of buying new. Admission is only three dollars!