The 10 Coolest Streets in Seattle 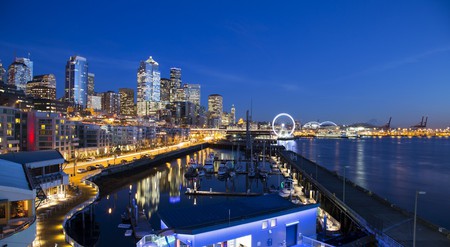 From awesome neighborhoods to specific attractions, Seattle has a lot going on. Some of the city’s gems are more hidden, while others are bunched together so that visitors can get the most bang for their buck. With all of this in mind, here is a list of Seattle’s 10 coolest streets.

Up on Capitol Hill, Broadway runs from Volunteer Park all the way to Yesler Way. Hosting both Seattle University and Seattle Central College, Broadway is one of the main thoroughfares for the area. Chosen for the Capitol Hill stop along the Light Rail, Broadway was also recognized as the most logical destination for the relatively recent Seattle Streetcar. Specific points of interest on the street include the Jimi Hendrix Statue, Cal Anderson Park, and Dick’s Drive-In (a Seattle staple). Otherwise, Broadway is an excellent spot for eating, drinking, and shopping! 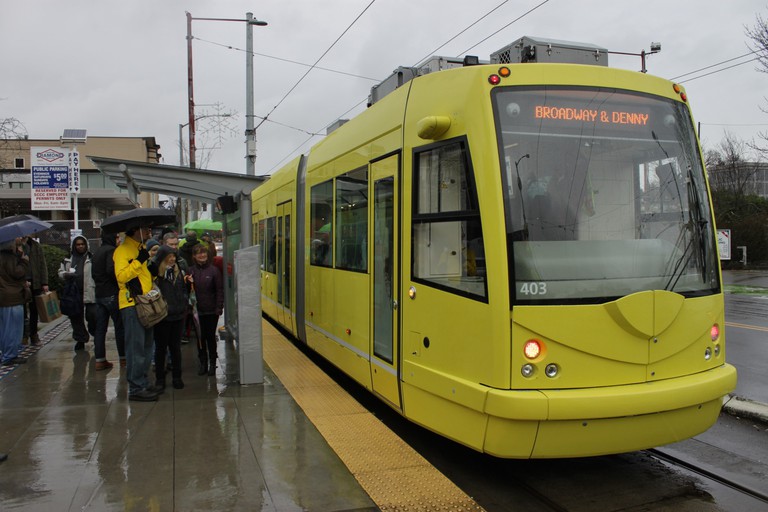 Stretching south from Olympic Sculpture Park all the way to Pioneer Square, Alaskan Way brings its voyageurs along the Seattle Waterfront. Other than providing exceptional views of Elliott Bay and the Olympic Mountains, the street—which is also great for cycling—provides access to Ye Olde Curiosity Shop, the Seattle Aquarium, the Seattle Great Wheel, and the Colman Dock, where people can catch ferries across Puget Sound and beyond.

Practically connecting the Puget Sound to Lake Washington in a straight shot, Denny Way connects a few crucial parts of the city. To the west, Denny runs between the Olympic Sculpture Park and the Seattle Center, with highlights being Chihuly Garden and Glass, MoPOP, the Pacific Science Center, Key Arena, Memorial Stadium, and—of course—the Space Needle. Passing under the monorail, past Denny Park, and over I-5, Denny Way continues into Capitol Hill where it intersects with Broadway—right next to Dick’s.

Pike Street—the namesake of the famed Pike Place Market. Starting at the cobblestone streets of the Market, Pike Street runs through the shopping district of downtown on its way to Capitol Hill. Up there, Pike is the street for nightlife, with some of the top-notch clubs and music venues being Neighbours Nightclub, Neumos, Comet Tavern, and Unicorn. The street is also home to incredible eateries, such as HoneyHole and Capitol Cider, as well as local breweries, including Elysian Capitol Hill Brewery and Redhook Brewlab. 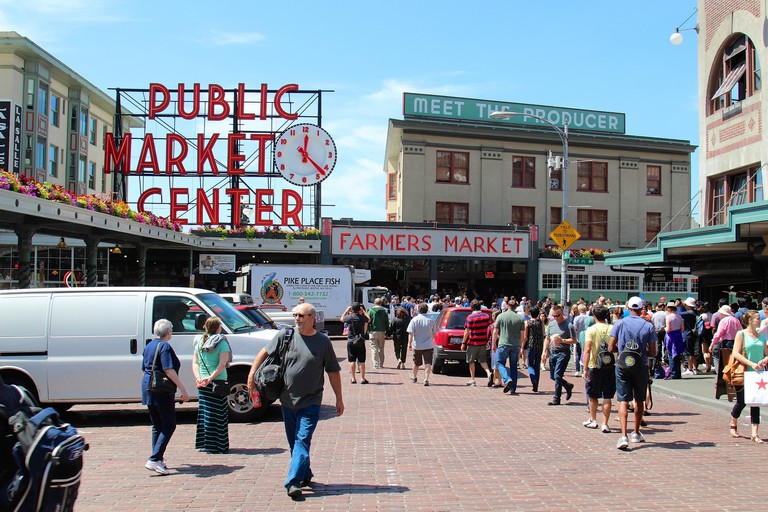 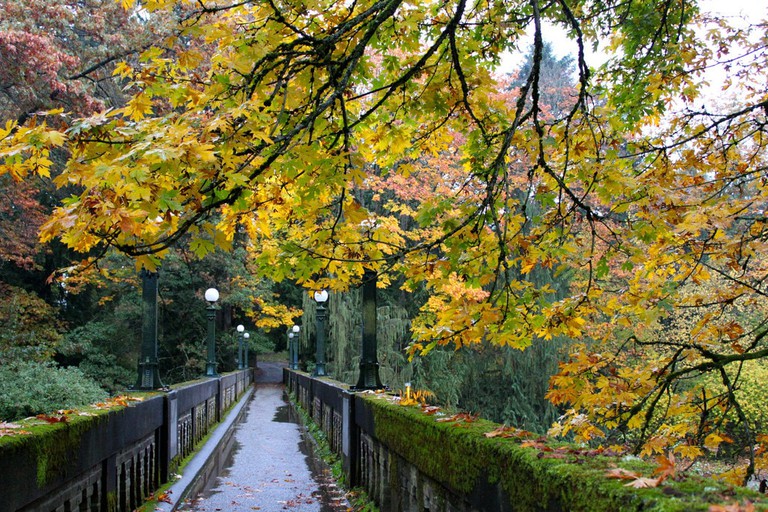 Pine Street parallels Pike Street from Pike Place Market to Capitol Hill, before slowly fading into the residential life. Between 3rd Avenue and 7th Avenue, Pine Street is the best-known shopping section of downtown Seattle, with Macy’s (in the original flagship building for the local Bon Marché), Westlake Center, the first Nordstrom, and Pacific Place. On the way to Capitol Hill is Seattle’s Paramount Theatre. On Cap Hill itself, Pine supplements the nightlife on Pike with the likes of The Baltic Room and Linda’s Tavern, before intersecting with Broadway at the Jimi Hendrix Statue. The final spot to know on Pine is the classic, independent Seattle bookstore, The Elliott Bay Book Company.

South of downtown, S. King St. is a launching pad for incredible experiences. Starting at 5th Avenue, visitors are welcomed to Seattle’s Chinatown with the Historic Chinatown Gate. Continuing east, S. King St. leads to the Wing Luke Museum of the Asian Pacific American Experience, with access to the Seattle Pinball Museum along the way (not to mention delicious Chinese eateries). West of 5th Ave., S. King St. brings hordes of sports fans past bars on their way to CenturyLink Field and Safeco Field. Between the two lies the S. King St. stop for pretty much every public transportation medium in the city. 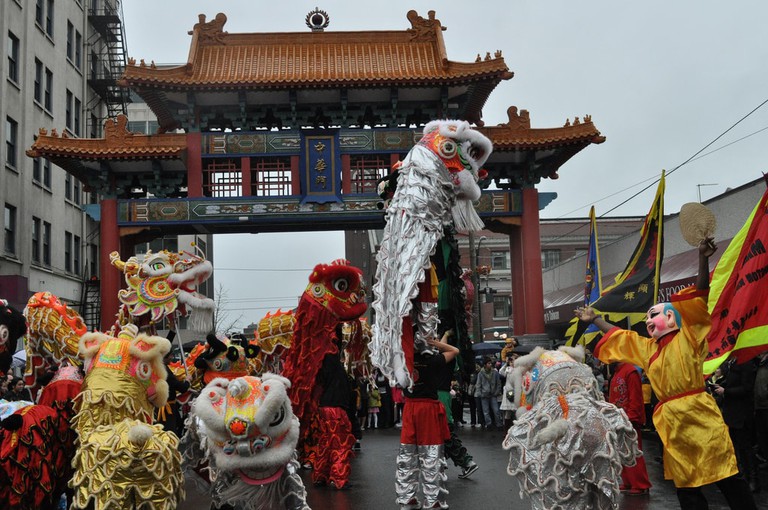 First Avenue parallels Alaskan Way, actually extending from Georgetown to way up north of Seattle with some slight name changes like First Avenue South and First Avenue Northwest. The best part of it though starts at Mercer Street. Playing the role of another one of the Seattle Center’s borders, First Avenue intersects with Denny Way as it turns into the lively Belltown neighborhood. Eventually crossing Pine and Pike, First Avenue acts as another border, this time for Pike Place Market. Just after Pike and First is the well-established Showbox music venue, followed farther down by the Seattle Art Museum and, as it extends into Pioneer Square, Club Contour. Crossing S. King St., First Avenue runs by Seattle’s stadiums before reaching the Showbox’s second location, Showbox SODO.

An excellent option for driving, walking, cycling, or lounging, Alki Avenue runs between Alki Beach and the charming shops and restaurants of West Seattle. A great place to wander, don’t forget to take advantage of the views, with the Seattle Skyline, Elliott Bay, and mountains in the distance. 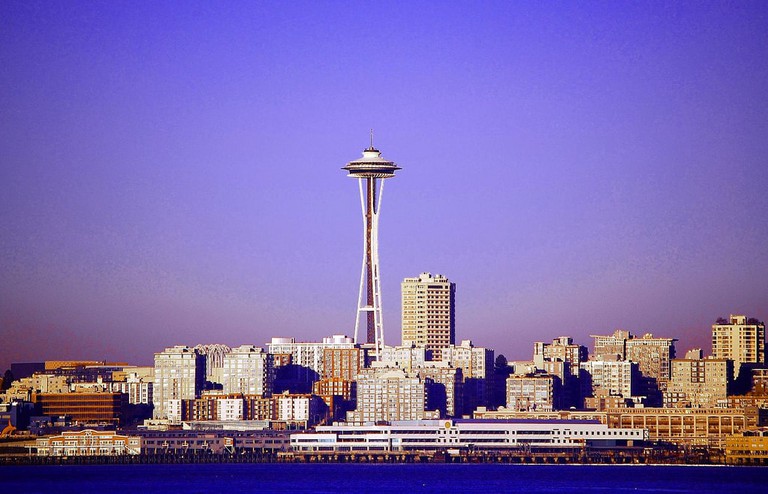 Colloquially referred to as “The Ave,” University Way Northeast is the main drag in the University District. Catering to the students at the nearby University of Washington, The Ave features restaurants, shops, cafés, pubs, and theaters, all with a young, funky vibe. In the ’60s and ’70s, the area was a gathering place for hippies, especially at the still-running Café Allegro. These roots are still visible in the neighborhood today.