The 10 Best Restaurants In Edmonds, Seattle

One of Washington’s most picturesque waterfront communities, Edmonds offers a seaside ambiance and an appealing, small-town atmosphere. Its restaurant scene has flourished in recent years, thanks to a number of establishments taking advantage of the abundant resources the Northwest has to offer. From authentic Neapolitan pizzas to Mediterranean-inspired cuisine to affordable Chinese food, the restaurants in Edmonds bring the best quality dining to the table. 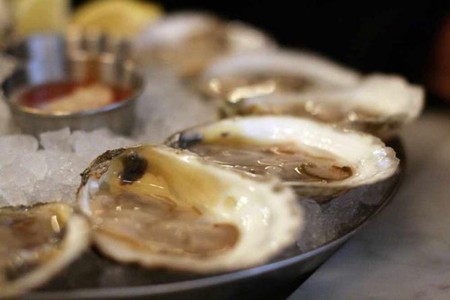 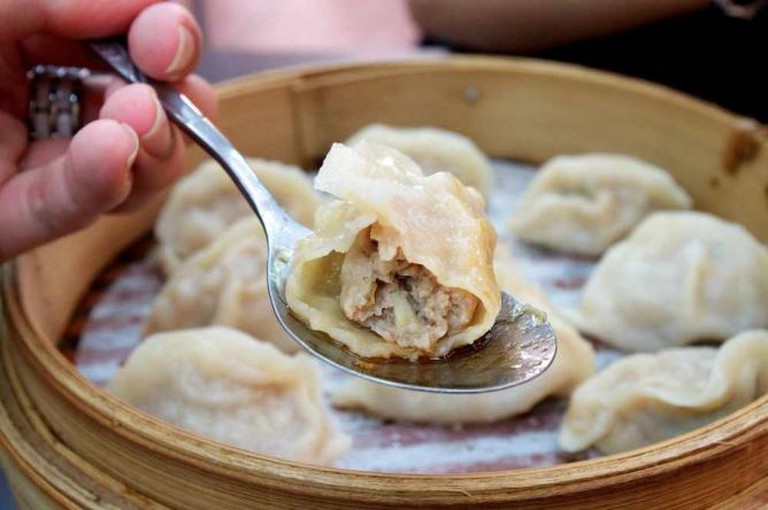 Salt and Iron, WA | © Shou-Hui Wang/Flickr
Located in the heart of downtown Edmonds, Salt & Iron brings the comfort of American Northwest cuisine to the homey town. It is the brainchild of Andrew Leckie and Shubert Ho, established in 2015 with the mission of creating a comfortable dining experience that includes local oysters, steaks, and great American cuisine. The restaurant’s dining room was designed by local visionary firm Inspired Interiors, and it brings a brighter and more welcoming dining atmosphere to the downtown scene. Located just a short walk from the Kingston Ferry and the iconic Edmonds Fountain, visitors can stop by after checking out the Edmonds Farmer’s Market or Edmonds Art Walk which take place there. The restaurant is also home to a full bar the provides craft cocktails, local wines, and draft beers to accompany the dining experience. Reservations are a necessity due to the restaurant’s popularity.
Open In Google Maps
321 Main Street, The Bowl of Edmonds, Edmonds, Washington, 98020, USA
+14253611112
Visit Website
Give us feedback 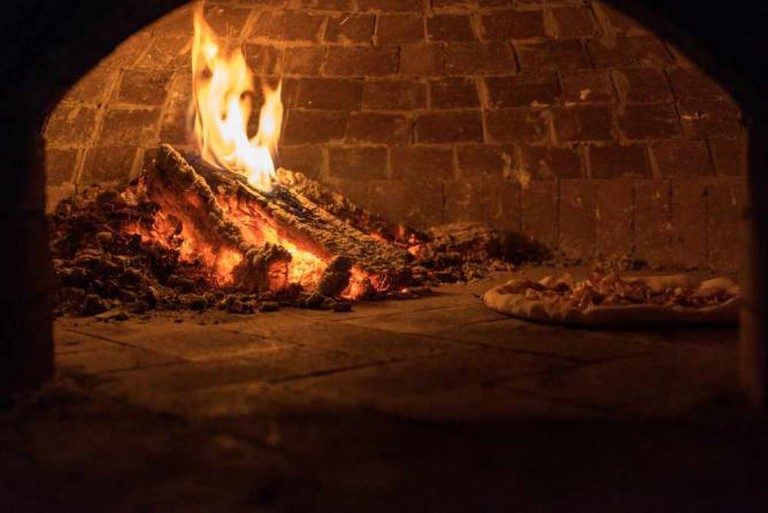 Dumpling Generation, WA | © Edsel Little/Flickr
Dumpling Generation is a Northeastern Chinese restaurant specializing in handmade dumplings and noodles. Northeast China has historically produced much of the commercial food grains and economic crops for all of China, meaning that its people traditionally eat many flour-based foods like dumplings and noodles. Dumpling Generation’s owners are originally from the Liaoning province of the People’s Republic of China, and have previously owned the popular China Town restaurant in Anchorage, Alaska, known for its authentic Chinese menu. Dumpling Generation makes each dumpling from scratch, and each dumpling is hand-wrapped by chefs in the kitchen upon being ordered. The dough of the noodles and dumplings is also made from scratch and pressed through a machine, making every bowl in the restaurant as fresh as possible. In addition, the restaurant even offers free samples for visitors to try three side dishes from the menu.
Open In Google Maps
115, 23830 Highway 99, Edmonds, Washington, 98026, USA
+14256780806
Visit Website
Give us feedback 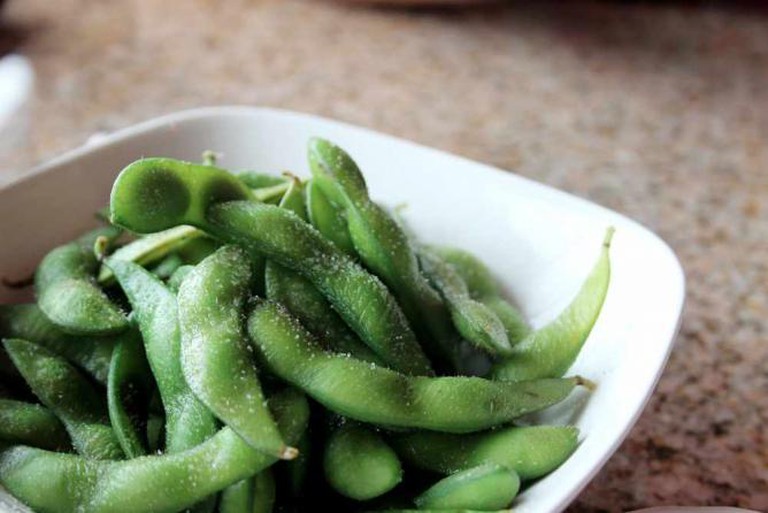 Evviva Wood fired Pizza, Edmonds, WA | © Vivian D Nguyen/Flickr
Using an authentic apple wood-fired oven, Evviva Woodfired Pizza specializes in wood-fired Neapolitan pizza using the freshest organic and all-natural ingredients such as organic extra virgin olive oil, organic flour, all-natural Fior de Latte mozzarella, imported San Marzano tomatoes from the Campagnia region of Italy, imported 24-month-cured Prosciutto de Parma, and organic/all-natural/nitrate-free cured meats from Zoe’s Charcuterie. The restaurant is committed to the creation of authentic Neapolitan pizzas, making dough only from finely ground flour, yeast, and water, and shaping it by hand without the use of a rolling pin. The pizza is cooked on the floor of the wood-burning oven rather than in a pan, and the final product is soft, elastic, and easy to fold in two. Its authenticity is characterized by its raised golden crust, soft to the touch, with the red of the tomato visible through the white spots of mozzarella. Evviva also serves caesar and caprese salads, assorted flavors of organic gelato, house-made tiramisu, and assorted draft beer and wine.
Open In Google Maps
178 Sunset Avenue, The Bowl of Edmonds, Edmonds, Washington, 98020, USA
+14252990142
Visit Website
Give us feedback 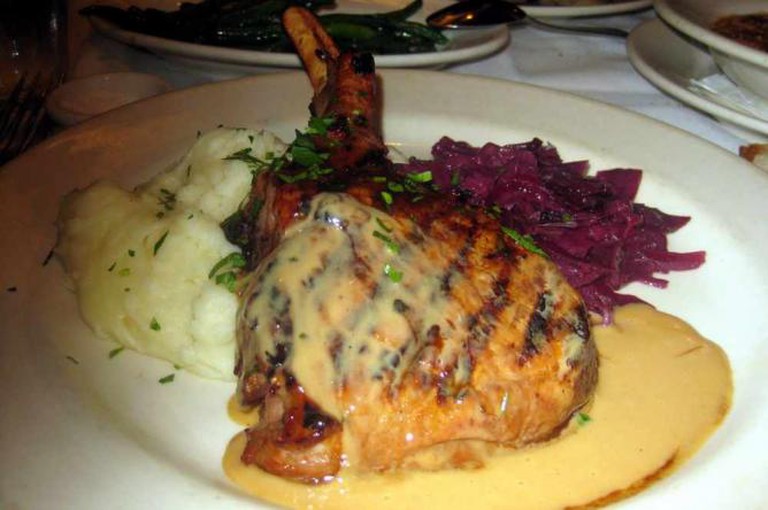 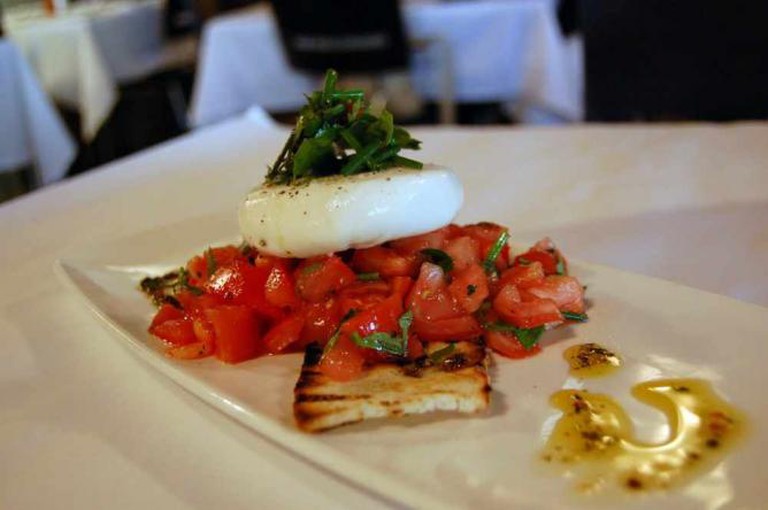 FIVE Restaurant | Bistro, WA | © stu_spivack/Flickr
FIVE Restaurant Bistro grew out of a desire for quality food and service without the need to spend money outside of the suburban community. The restaurant’s specialties include an incredible caesar salad, fantastic pizzas with delicious crusts and the finest fresh ingredients, pork chops, carne asada, salmon, and organic chicken breasts, in addition to an extensive wine list without Seattle prices. The service is known for being quick, courteous, and helpful with recommendations, and patrons love the decor and outside patio with flowers and shrubs, creating a very quaint and romantic atmosphere. Quirky frames on the walls, an owl-shaped figurine, a rustic lamp in the corner, and a chandelier made from tree branches all give the interior of the restaurant a whimsical hipster vibe that patrons love.
Open In Google Maps
650 Edmonds Way, Westgate, Edmonds, Washington, 98020, USA
+14255637117
Visit Website
Visit Facebook page
Give us feedback 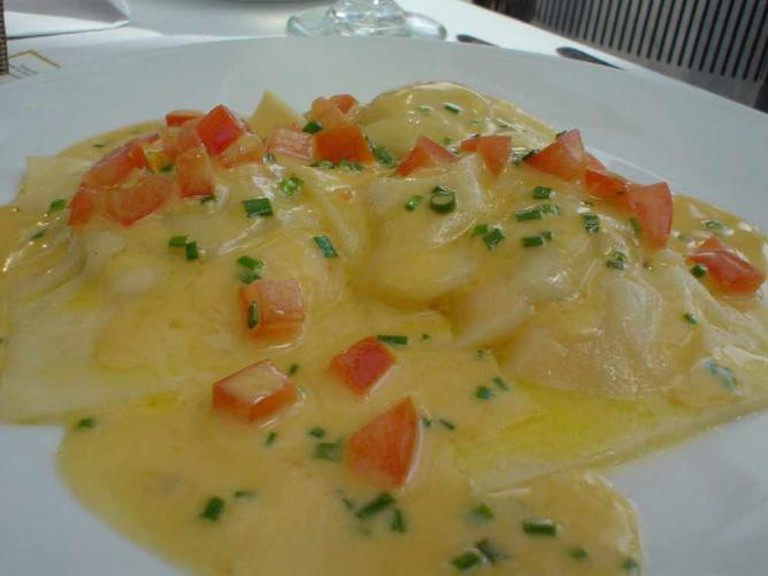 Epulo Bistro, WA | © evilhayama/Flickr
Opened in the middle of the recession, Epulo Bistro was built on the belief that if it could make it then, it could make it long term. Focusing on seasonally fresh food with great customer service in a warm and inviting space, the restaurant is a local favorite. It uses the best local and seasonal ingredients from garden, land, and sea, letting the quality of the food shine with the time-honored techniques and passion of the Mediterranean region, celebrating Europe’s influence on Northwest food. Patrons rave about the housemade burrata cheese appetizer served with toasted bread and cherry tomatoes, the perfect start to any meal. The classy relaxing ambiance and always attentive servers keep people coming back again and again. The restaurant also offers a popular Happy Hour, in addition to a Tuesday Tasting Menu on Tuesday nights that includes an amazing seasonal four course dinner and optional wine flight.
Open In Google Maps
Suite B, 190 Sunset Avenue, The Bowl of Edmonds, Edmonds, Washington, 98020, USA
+14256788680
Visit Website
Visit Facebook page
Give us feedback 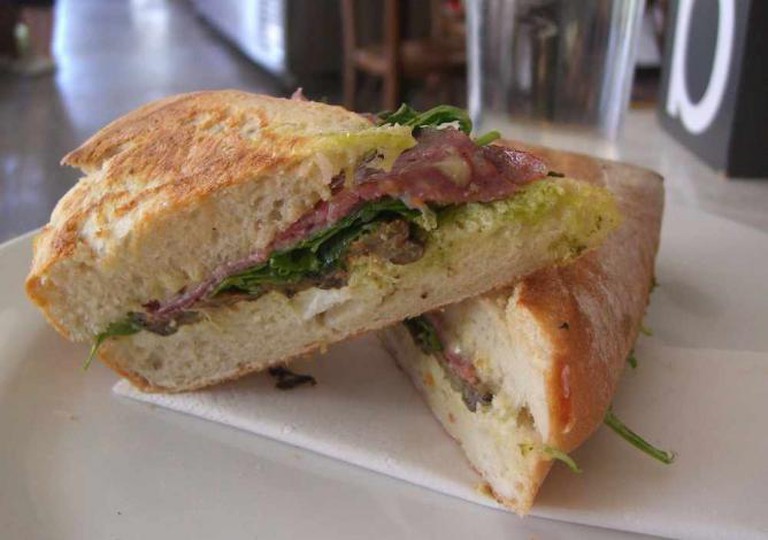 Girardi’s Osteria, WA | © Alpha/Flickr
Girardi’s Osteria is a family owned and operated establishment that boasts Italian fine dining in a rustic, relaxed atmosphere. Its classic Italian dishes and highly acclaimed specialties have been written about in Seattle newspapers thanks to the award-winning recipes of Executive Chef Bruno Girardi. The restaurant has a very local vibe, and it is quite a bit bigger on the inside than you might expect, but it is still cozy. It is sophisticated enough for a date night, yet also family-friendly. Patrons are crazy about the extensive happy hour menu, with excellent options, generous portions, and great prices that encourage everyone to try all of the different things. The restaurant also has so much outdoor seating that even in the middle of fall it can feel very comfortable out on the patio. Favorite menu items include the goat cheese bruschetta and the lobster ravioli.
Open In Google Maps
504 5th Avenue South, The Bowl of Edmonds, Edmonds, Washington, 98020, USA
+14256735278
Visit Website
Give us feedback 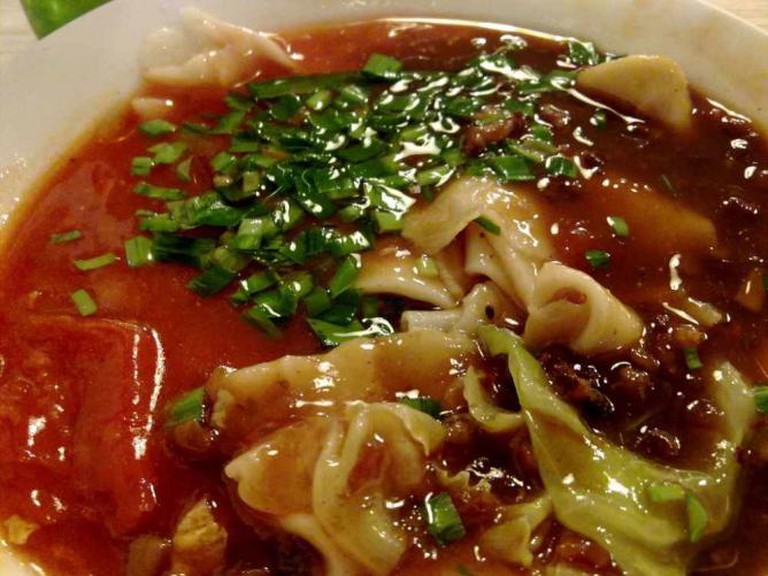 The Cheesemonger’s Table, WA | © tzejen/Flickr
Striving to be the Northwest’s number one purveyor of artisan and imported cheese, The Cheesemonger’s Table selects the finest cheeses from the United States, France, Italy, Spain, England, and more. Offering one of the most extensive cheese selections in the Seattle area, the restaurant is committed to featuring Northwest and American cheesemakers. Cheesemonger and proprietor Strom Peterson established The Cheesemonger’s Table in 2012 as the extension of The Resident Cheesemonger, a downtown Edmonds fixture. The Table offers not only an unparalleled selection and knowledge of cheese, but also an extensive menu of great sandwiches, cheese and charcuterie plates, and many other tasty treats. Over 100 cheeses from around the world are complemented by Salumi salami from Seattle, Zoe’s meats, Prosciutto San Daniele, the best jamones from Spain, crackers, truffle oil, truffle salt, balsamic vinegar, and fruit spreads. The menu features an expansive list of creative and classic sandwiches including the French onion grilled cheese, famous turkey Ruben, and a muffaletta with homemade tapenade.
Open In Google Maps
1, 203 5th Avenue South, The Bowl of Edmonds, Edmonds, Washington, 98020, USA
+14256408949
Visit Website
Give us feedback 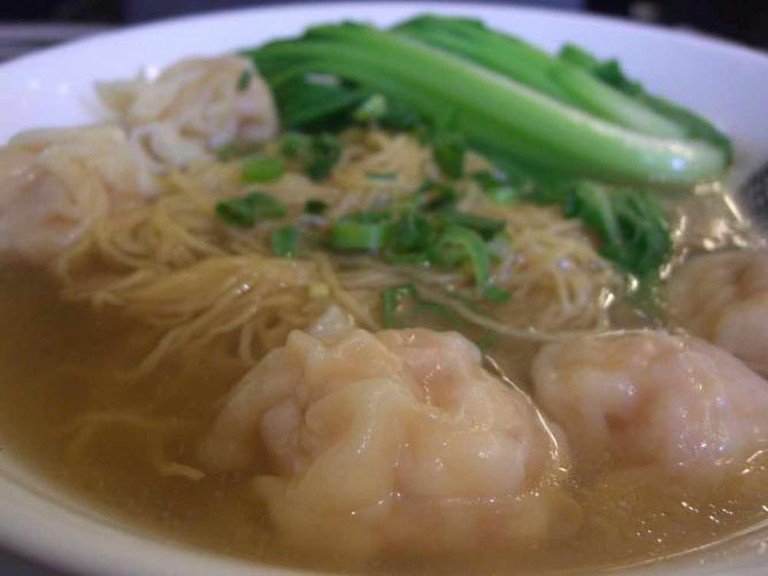 Qin, WA | © Alpha/Flickr
If you’re looking for a delicious inexpensive Chinese dining experience in the Edmonds area, you have to check out Qin. Locals love the quick service, cheap and well-made dishes, and flavorful wide noodles. The atmosphere is intimate and low key, and though most of the staff speak Chinese, the menus are in both English and Chinese. The food is great for cold weather, thanks to its influence from the traditional cuisine of the Xi’an province in the central northwest region of China where the climate is colder. The spicy cumin beef or stewed pork ‘burgers’ are a specialty that can’t be found anywhere else and are extremely popular among the restaurant’s patrons. The hand-shaven noodles are also favorites, including the famous hot oil seared Biang Biang noodles.
Open In Google Maps
22315 Highway 99, Edmonds, Washington, 98026, USA
+14255828624
Visit Website
Give us feedback