The company of Steven Holl Architects is world-renowned, headed by the revered, eponymous Steven Holl. With an active interest in sustainability and the environment, the firm – which includes senior partner Chris McVoy and junior partner Noah Yaffe – consider all angles when starting a project, from the impact on the land to the deriving of materials, all conducted with sensitivity to local history and style. Culture Trip discovers more about this innovative company and their award-winning leader. 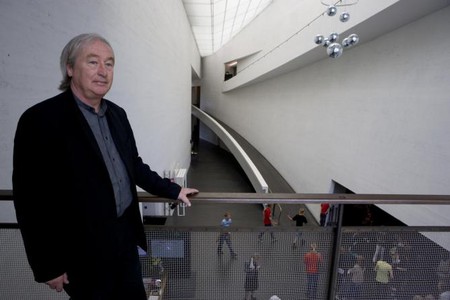 Steven Holl attended the University of Washington in Seattle, graduating in 1970. Always possessing an artistic talent — Holl is also an acclaimed watercolourist — he then went on to study architecture in Rome, where he took a deep interest in the impact of light on structures. In what would become a major theme of his future work, Holl explored the way natural light reflected off of buildings at different times of the day and in various weather conditions.

Wishing to further his architectural education, Holl then set his sights on London, where he enrolled in the Architectural Association School of Architecture. In 1976, he returned to the United States – to New York City – where he established Steven Holl Architects. Five years later, he began to teach at Columbia University, where he is now a tenured professor. Thirty years after establishing his office in NYC, Holl has garnered so much respect and popularity that he opened an additional office in Beijing.

Rather than a generic style that can be formatted to suit different needs, Holl operates to a specific, bespoke design philosophy when creating a new space. From the land to the building, his process notably combines all elements together into a cohesive unit. Before anything else, Holl examines the land on which the new project is to be built and takes into account the local area and history. A prime example of this is reflected in the expansion of The Nelson-Atkins Museum of Art in Kansas City, Missouri, known as the Bloch Building. 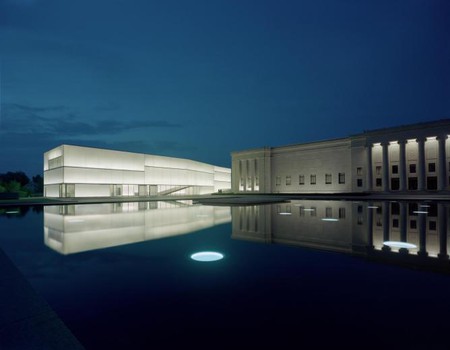 The original structure is a limestone 1933 neoclassical-style space, somewhat heavy in comparison to Holl’s addition, which is both light, airy and complements the original building beautifully. This does not happen by accident: Holl examined the area and decided to offset traditional architecture with modern design, each facet of the new building balancing out the 1920s original. Additionally, the Bloch Building was designed to follow the natural slope of the land, seamlessly assimilating with the natural environment. 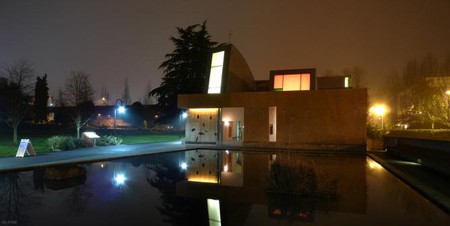 Exterior of Chapel of St. Ignatius during night | © FHKE/Flickr

Another important aspect of Holl’s design philosophy includes the process of thinking about the space and its relation to light. What purpose is the space going to serve? How will natural light work with the intended layout? There is no better example of this idea than the Chapel of St. Ignatius located on the campus of Seattle University — a project that also utilised student input. A Jesuit chapel, Holl’s concept for this project was ‘seven bottles of light in a stone box.’ Holl infused the space with several light sources, including the streaming of natural light through coloured glass to create soft glows of warm colour bouncing off of textured walls. Holl created a warm and calming environment with a permeating spiritual symbolism, entirely fitting for a place of worship. 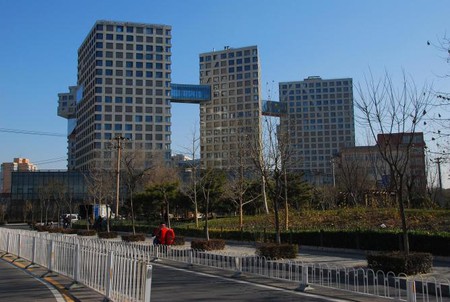 SHA also focuses on utilising sustainable building practices. The large – 2.37 million square-feet – multi-use Linked Hybrid complex in Beijing epitomises this philosophical ideal of Steven Holl. One of the greenest projects in the world — designed to qualify for a LEED Gold Certification — the construction procedures kept pollution to a bare minimum, whilst the use of underground sustainable geo-thermal wells provides cooling air circulation in the summer and heating during the colder months. The area also has several rooftop gardens plus additional green spaces for the public to enjoy, all of which are irrigated using recycled water. 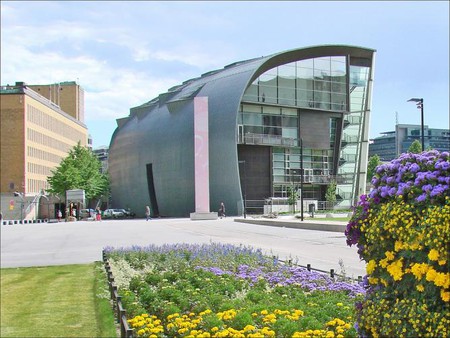 The aforementioned projects are only a small sampling of completed concepts by Steven Holl Architects. Other standout buildings include the Kiasma Museum of Contemporary Art in Helsinki and the Cite de l’Ocean et du Surf museum in Biarritz. From small projects to large complexes, there is nothing too big or too small for Holl. The team continues to bring projects to life and repeatedly garners awards and accolades, including the 2014 Athenaeum Museum of Architecture and Design for the Campbell Sports Center in NYC. 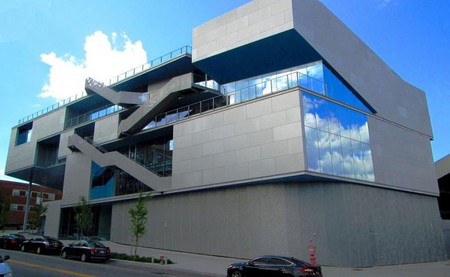 Exterior of Campbell Sports Center | © Beyond My Ken/WikiCommons

Steven Holl is a true master of architecture. Indeed, he is a recipient of numerous prestigious awards himself, including the 2014 Praemium Imperiale Award. Part of Holl’s unique selling point is his taking into account of everything, from eco-considerations to the history of the area .From his process of researching the culture and history of the land to making abstract watercolour ‘sketches’ of the designs, Holl and his team clearly have an admirable passion for their work.