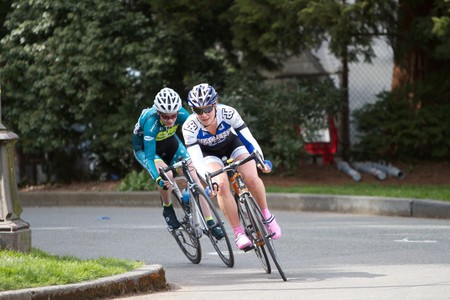 The state of Washington is one of the most bicycle-friendly states in the U.S. However, Seattle is one of the hilliest major cities in the country, right behind San Francisco. Does that stop sustainably minded, outdoorsy Seattleites? Of course not (though it may slow them down). The city even maintains a map of cycling trails in Seattle. For a summary, here are the city’s best trails and tours for the cyclist in each of us.

Let’s start with the main one. The immensely popular Burke-Gilman Trail is perfect for walkers, runners, bikers, and commuters. Its 18.8 miles (30.3 kilometers) connect Ballard to Bothell with a non-motorized paved trail, except for the infamous “missing link” in Ballard where street riding is required. The former railroad, with a current 15 mph speed limit, connects to the Eastside’s Sammamish River Trail up in Bothell. Running across the Fremont Canal from the Ship Canal Trail, cyclists can join routes that way as well. 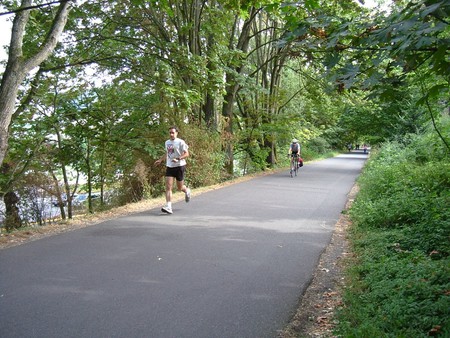 For a tad more urban cycling experience, try the South Lake Washington Trail. Making use of parks, bike lanes, street riding, and streets that are sometimes closed at certain hours for cycling purposes, this 30-mile (48.3-kilometer) loop offers exceptional views. Cyclists will have the opportunity to experience the I-90 floating bridge (and with any luck, stunning views of Mt. Rainier) at a slower pace, meander through downtown Renton, and spend most of the ride accompanied by the nearby Lake Washington. Natural areas on the route include the Mercer Slough Nature Park, Coulon Park, and Seward Park.

For those seeking more than just exercise and views from a cycling experience, consider the Seattle Heritage Bicycling Tour. Companies such as IBike provide opportunities to learn about the Seattle area in a unique way. Cycling (or walking) versus bus tours allow insight into the city’s nooks and crannies, provides exercise, and is better for the environment. Tours can even be customized for individual interests!

West Seattle has three main cycling trails: the West Seattle Bridge Trail, the Duwamish Trail, and the Alki Beach Trail. The West Seattle Bridge Trail is an approximately mile-long (1.6km) industrial trail mostly used for commuting. The Duwamish Trail is also on the more functional side; it’s a three-mile (4.6-kilometer) combination of paved trail, sidewalks, road riding, and “train track hopping.” The most beautiful West Seattle trail, of course, is the scenic Alki Beach Trail. Its four miles (6.4km) offer panoramic views of the Seattle skyline and its surrounding mountains, in addition to options for nearby food and drink. The final perk of this trail is a separate lane for wheels to avoid cycling collisions with pedestrians. 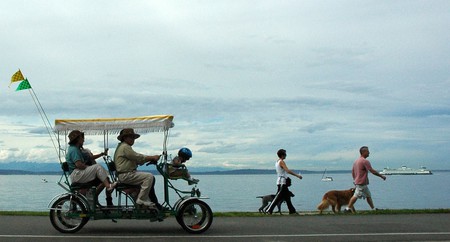 The six-mile (9.7-kilometer) Cheshiahud Loop follows Lake Union all the way around. Merging with the Burke-Gilman Trail along its northern shores, the loop turns back south at the Fremont and University Bridges. On the southern side of the Fremont Bridge, cyclists can link up to the approximately two-mile-long (3.2km) Ship Canal Trail, heading west, parallel to the Burke-Gilman Trail toward Ballard. Otherwise, the Lake Union Loop offers lovely views on its mostly paved trail, passing by the Lake Union Park and Gas Works Park.

This 10-year-old trail is a safe, active lifestyle-promoting neighborhood multi-purpose trail. Connecting Jefferson Park in the Beacon Hill neighborhood to the gorgeous Kubota Garden, stunning views of Mt. Rainier flatter the route on clear days. The Chief Sealth Trail connects its users to other cycling trails as well as to light rail stations to facilitate public transportation. 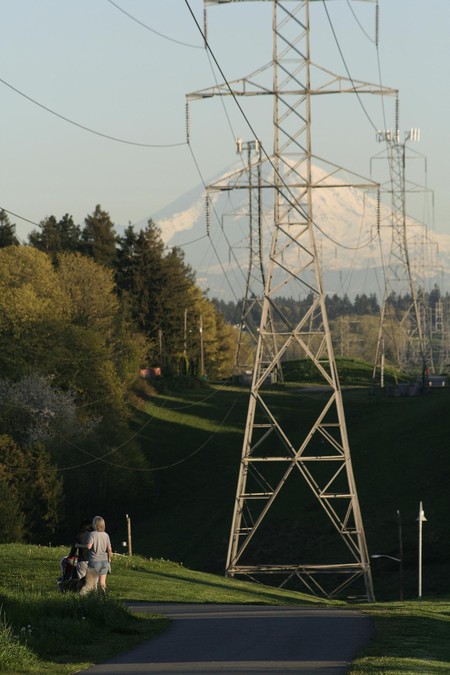 Are you looking for something a bit more adventurous? Technically, these tours take place outside the city itself, but it has “Seattle” in the name! Check out the company’s half-day, full-day, multi-day, and custom tours, available for all mountain biking levels. Their guides are certified by the International Mountain Bike Association and will present to you the incomparable Pacific Northwest landscapes from the unique perspective of a mountain bike.

A great commuter route option from Seattle to Everett, the Interurban – North Trail follows the Interurban Trolley route from the early 20th century. The approximately 25 miles (40.2km) are mostly paved, and some sections require road riding in designated bike lanes. Though the ride is fairly urban as the name suggests, it also passes by lakes and through wooded areas to provide a closer feeling to the wilderness, even within the city. 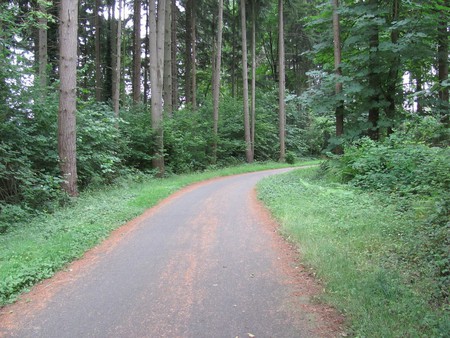 The cycling on Seattle’s Waterfront is mostly dominated by the Elliott Bay Trail, with a few lovely stops, spin-offs, and connections along the way. Originally part of a railroad, the 7.5-mile (12-kilometer) trail is also known as the Terminal 91 Bike Path. Bringing riders near or through Myrtle Edward Park, Smith Cove Park, Discovery Park, the Olympic Sculpture Park, and Pike Place Market, there are so many excellent places to stop and explore on the way. Otherwise, the stunning views include Seattle’s Great Wheel, the Sodo stadiums, Mt. Rainier, and Elliott Bay.

Yes, we’re talking cycling for adults. The Cycle Saloon is a 16-passenger pedal-powered vehicle available at $28 per seat for a Brewery Tour of Ballard and Fremont’s best breweries. Alternatively, the Cycle Saloon is available for rent for two hours (starting at $340) for a pub crawl in which you choose the destinations. What a fun option for shedding the calories as you drink them!