Meet Caddy: the Loch Ness Monster of the Pacific Coast 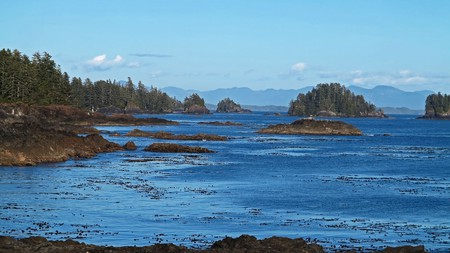 Not all mythical sea creatures swim in the waters of the Scottish Highlands.

The Pacific Northwest is no stranger to folklore and unexplained phenomena. Its jutting mountain ranges and dense forests covered in thick moss are like a beacon for tall tales and creepy creatures. And while beasts like Sasquatch and Big Foot dominate this particular area’s mythology, a lesser known and more disturbing one swims along the shores of the Pacific Coast: a reported giant sea snake lurking in these coastal waters.

Nicknamed Caddy, the Cadborosaurus is essentially a 20-foot mega-serpent slithering around the northern part of the west coast. Its head mirrors that of a horse and its body like an overstuffed eel. A long row of ridges protrude from its spine. Webbed flippers located below the Cadborosaurus’s neck and at the base of its tail allow it to glide through the dark, murky waters. In short: think twice before assuming that the slime grazing your feet is just seaweed. 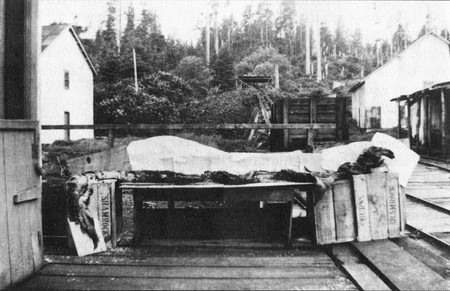 The Cadborosaurus isn’t new to the Pacific Northwest, though. In fact, it’s part of a rich folklore history in this area, garnering more than 300 eyewitness accounts in the last 200 years alone. Most occurred in Cadboro Bay in Victoria, British Columbia, the bay where it takes its name from, but sightings occurred even long before that. The Inuit (an indigineous people who inhabited the northern pacific coast) once painted the Cadborosaurus on their canoes in an effort to ward the creature off. And it’s the indigenous people of the Pacific Northwest who first learned that the creature migrates to the Pacific Coast when spring and summer arrive.

In 1907 nine men claimed to have caught and killed a Cadborosaurus. This creature has been seen in different parts of the sea, but no scientist can determine where it originates. #Cadborosaurus #monsters #paranormalactivity #paranormal #supernatural #demons #haunted #angels #paranormal #ghosts #ghost #alien #aliens #poltergeist #orbs #mythicalcreatures #creatures #unexplained #undiscoveredspecies #newspecies #fairies #vampires #bigfoot

Reports of the sea creature carried through the 1930s, when the Cadborosaurus received widespread attention after a clerk of the British Columbia Legislature told the Victoria Daily Times that he and his wife saw something obscure in the water while out sailing. Major H.W. Langley described the creature they saw near the front of their boat as being a greenish brown color. The published encounter did more than inform the public of what might be lurking off their shores – it inspired another eyewitness to come forward about his own experience.

Immediately following Langley’s account, F.W. Kemp, an official at the British Columbia Archives, discussed his own sighting. According to Kemp, while he and his family were sitting on the shore of Chatham Island beach in British Columbia, they saw an extravagantly long serpent glide across the water. Kemp estimated that it stretched more than 80 feet.

The most significant account, and probably the most entertaining, occurred later that decade, in October, 1937. Workers harvesting the blubber of a sperm whale in Naden Harbor, British Columbia found an unmistakable oddity digesting in the whale’s belly. And photos show great similarities to previous eyewitness accounts. But, analysis of the carcass tissue revealed it was in fact, only a baby baleen whale.

You can find some strange creatures on Victoria's beaches (and I'm not just talking about myself)! This is the rare Cadborosaurus, endemic to Vancouver Island. #Cadborosaurus #VictoriaBC #explorevictoria #exploreBC #blogvictoria #yyj #travel #wanderlust #shareVI

Perhaps the most exciting pieces of evidence in recent times, came in 2009 when an Alaskan fisherman caught what he claims to be actual footage of the Cadborosaurus. However, the stills from his shaky footage are blurry and grainy, and therefore questionable.

It’s still unclear whether the Cadborosaurus exists or not. But from San Francisco, California to Port Townsend, Washington to Yakutat, Alaska, Pacific Northwesterners still continue to spot and search for the mythical sea-serpent.