Lynn Shelton Talks “Outside In” and the Pacific Northwest 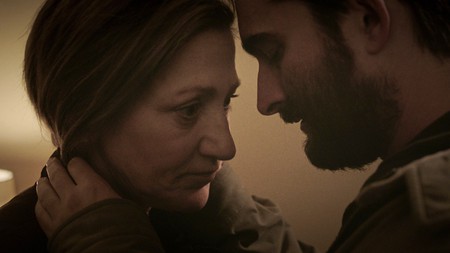 Seattle writer-director Lynn Shelton understands the importance of filming on location, especially when that location plays a significant (or even minor) role in a story.

“I really treasure geographic specificity as a filmmaker,” Shelton explains. “Ever since seeing a movie or two set in Seattle when I was a teen, I could tell when they weren’t in Seattle.”

Shelton’s referring to Say Anything…—the 1989 rom-com centralized in greater Seattle. “There’s a montage of John Cusack running. And one minute he’s in Wallingford, and in the next shot, he’s in Kirkland. That’s just always bugged me in a really deep way.”

From Humpday to Your Sister’s Sister to Laggies, Shelton’s films are all set and shot in or around Seattle. And while she spent the past few years directing TV shows like Glow, Shameless, and The Mindy Project, Shelton’s heading back to the big screen on April 6, 2018. And the filmmaker’s newest story is none other than the widely hyped Outside In. The drama, starring Edie Falco and Jay Duplass, zeroes in on a recently released convict adjusting to newfound freedom. Naturally, it’s set in the Pacific Northwest.

“I really wanted Granite Falls to appear on screen and for you to really know that that was the place,” Shelton says. “I fell in love with that little town, and I’m so grateful to them.” We recently spoke to Shelton to learn more about Outside In, her experience filming in Washington, and how she got to know Granite Falls. 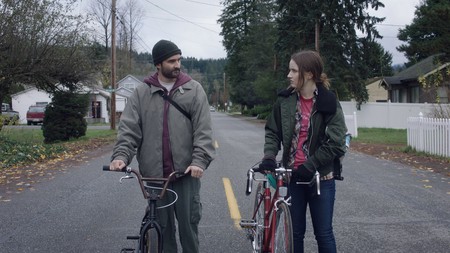 Culture Trip: As someone who grew up in Snohomish County, specifically in Monroe, the first question that came to mind when the credits rolled was why Granite Falls?

Lynn Shelton: I knew I wanted it to be in a place that wasn’t where I had grown up and am most familiar with, which is Seattle. I’m a “city girl.” I was gonna say city girl and then immediately hesitated because it’s not like New York, but it’s definitely urban for sure and middle class. I wanted to get out of that sort of bourgeoise area and explore a different milieu on screen, one where people are in a little bit more of an economic struggle. The thing I was also really interested in was finding a place where you see the intersection between nature and civilization, which I liked as a backdrop to this particular story. And so I sat down with Dave Drummond who is this amazing location scout (he’d done location scouting for Captain Fantastic a few years back) and really knows Washington State. I was looking through his ridiculous archive of different areas in the state, and we opened up the Granite Falls folder. I had this checklist of different, specific kinds of houses, what I saw for the school, just the whole sort of vibe of the town—it just checked off.

CT: This is a pretty unique place in that it’s limited in resources. What was it like actually filming there?

LS: We ended up not even being able to stay there because there are no hotels. So, the crew all stayed in a hotel in Marysville, and then the producers, myself and the key cast all stayed in Lake Stevens. We had two different spots, and we’d all commute in. We set up base camp at the American Legion hall. Every location was between half a block to three blocks away, so we just walked everywhere. We’d get our equipment together and put on our rain ponchos because it’s always raining. We used all these different businesses to help us with meals and stuff. By the end of shooting, the whole town knew us. 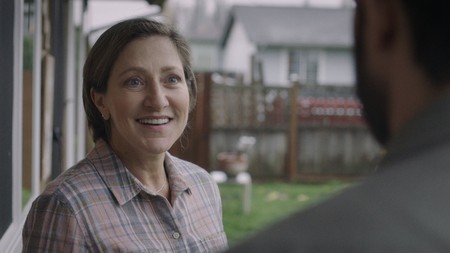 CT: You and your crew captured the aesthetic and personality of that area perfectly—I remember going to house parties like that—how did you familiarize yourself with it?

LS: We spent a lot of time there. All those house party scenes (we had three), all those backgrounds and extras, are from the area. In L.A., they know what to do—they know how to look natural. So, we ended up having to train all the extras. I wanted you to feel that town, and having people from that community on screen was important. Mark’s Cafe—which was a converted gas station, sort of a pseudo ice cream parlor—was where we would hunker down and watch the population change during our prep work. In the morning, retirees gathered there, and then when school got out, the café would fill up with kids.

CT: Getting into the story a bit more—this film really grapples with freedom and connection. How did you navigate these opposing concepts?

This story develops a lot over the course of about eight to 10 months or so. I really built it around [Jay Duplass]. It’s a really complicated, layered relationship story. I mean, you start with the one between Chris and Carol. And then there’s the one between Chris and Hildy, which is also fascinating and understandable because he was that age when he went to jail. He was a boy interrupted. His emotional development got stunted by going to prison at 18, but at the same time, his aging process accelerated because of being in jail. It was an interesting dichotomy. She’s the type of person he would have been hanging out with when he was 18. He feels that connection to her, just like he’s drawn to the skate park and his old bike. And so there’s this interesting kind of kinship that they have that further develops when Carol starts pushing him away and saying, “Look, I can’t be with you all the time. I have this life and work and stuff.” And so what is he? What’s he going to do in the meantime? This flow ends up developing organically. There’s always a part of me that’s trying to find that balance between the stories and the characters. 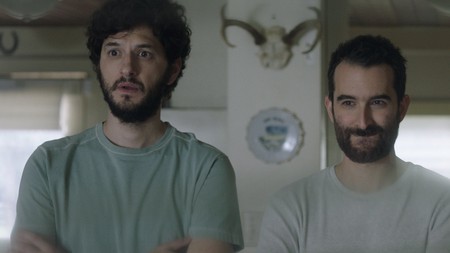 CT: And you and your team put together a cast that was able to take charge of that complexity, with Jay Duplass and Ben Schwartz being the most surprising. How did this cast form, and how did you pull these performances out of them?

LS: I started the whole project because of Jay. I often start that way. I met him as a filmmaker years before through his brother (Mark Duplass). Then I saw him on Transparent, and my mind was blown. I could not believe what I was seeing. So, I basically wrote him and said, “Look, I’m going to be lightly stalking you until I can find a way to work with you. I have to direct you.” And he was like, “I’m open to that.” I really sort of built it for him, and then I immediately called Kaitlyn Dever, who I’d worked with before on Laggies. Edie was actually our last piece of the puzzle, luckily—I can’t imagine anybody else in the role now. She’s perfect. As for Ben Schwartz, I had met him at the Laggies party at Sundance; he’s really good friends with Sam Rockwell. I had only seen him do some comedic stuff, but I felt like it was in him. He’s so smart that if he felt like it was too much of a stretch, he probably would’ve turned the role down. It was wonderful to work with him and give him that opportunity to stretch in that dramatic way. And I think you really buy it—the two of them as brothers.

CT: On a more personal note, as you mentioned before, your last movie was Laggies back in 2014. What brought you back to the big screen?

LS: Oh I mean, I’ve been trying to get back this whole time! Believe you me. Now I had stuff in development—small and big films—but they kept falling apart, or getting pushed for one reason or another. Nothing was coming together. But like I said, I pitched the idea to Jay, and he said, “I think I’m in.” And then in the next breath, he asked if he and his brother could produce it. I was like, “Hell yeah!” They’re making movies all the time, so you know it’s going to get made. I’m so grateful that they were interested in producing the thing because that’s why it exists.