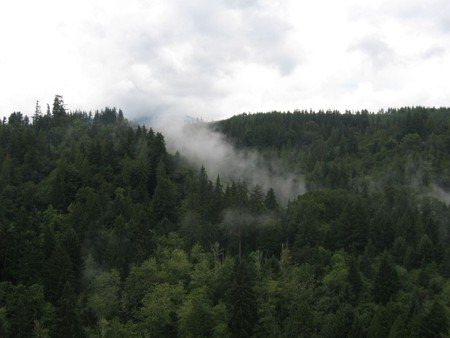 In May 2017, David Lynch fans were gearing up for the return of Twin Peaks, the popular surreal crime-drama series starring Kyle MacLachlan as Special Agent Dale Cooper.

Since it first aired in 1990, the Pacific Northwest-based show has experienced ongoing growth in its cult following. And despite its swift cancellation in 1991, the series remains one of the greatest television shows of all time.

Immediately following the show, New Line Cinema released the 1992 prequel Twin Peaks: Fire Walk With Me, and 25 years later, thanks to Showtime, the 2017 limited series Twin Peaks: The Return hit the small screen. As a result, Washington has witnessed a steady stream of fans traveling around the state to catch a glimpse of some of the real-life locations in Twin Peaks.

From North Bend to Snoqualmie to Fall City, these small towns situated outside the greater Seattle area continue to house some of the memorable sets used in the popular series, such as the Double R Diner and the Great Northern Hotel. Below are just a few of the real-life, easily accessible locations used in the iconic series. 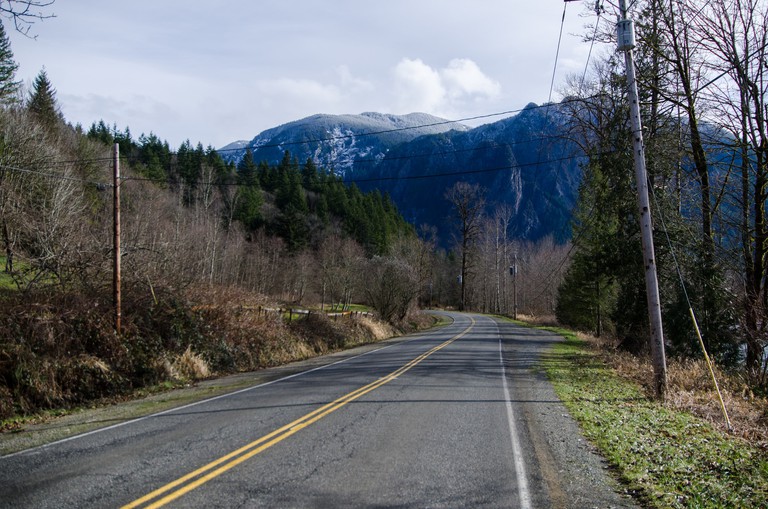 Reinig Road might be the most notable stop fans make on their Twin Peaks road trip. It may not seem like much, just a two-lane backcountry road in Snoqualmie. But facing the right direction—southeast toward the protruding mountains—it’s the spot where the “Welcome to Twin Peaks” sign sits, or rather, the first image that appears during the intro. As Mount Si comes into view, the chances are that fans will start hearing the ambient keyboard notes of Angelo Badalamenti’s theme song or the hypnotic vocals of singer Julee Cruise. 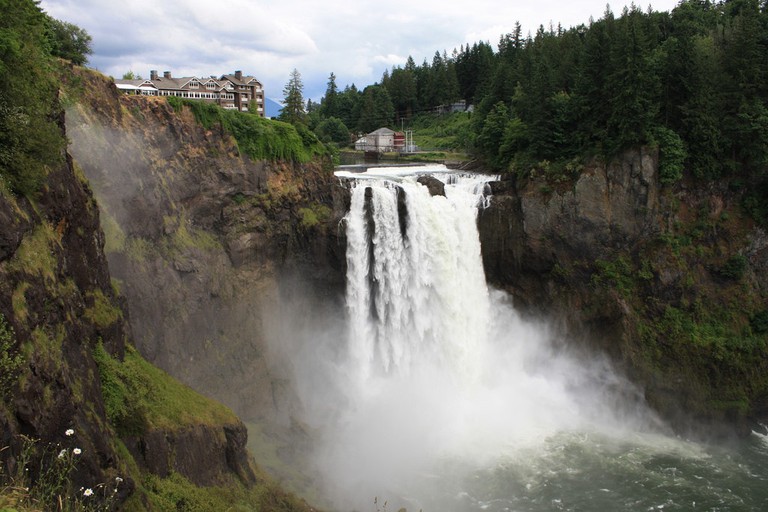 Snoqualmie Falls | © David Herrera / Flickr
Snoqualmie Falls is one of the most popular Washington State destinations for both fans of the cult classic as well as tourists seeking some of the Evergreen State’s natural wonders. The 268-foot (81.6-meter) waterfall that sits between Snoqualmie and Fall City sees more than 1.5 million visitors each year. Other than taking up a chunk of the series’ intro, a pan shot of the falls opens the Horn family storyline in the series. This is because the Horn-owned Great Northern Hotel sits atop Snoqualmie Falls. In real life, the lodge is known as the Salish Lodge & Spa. 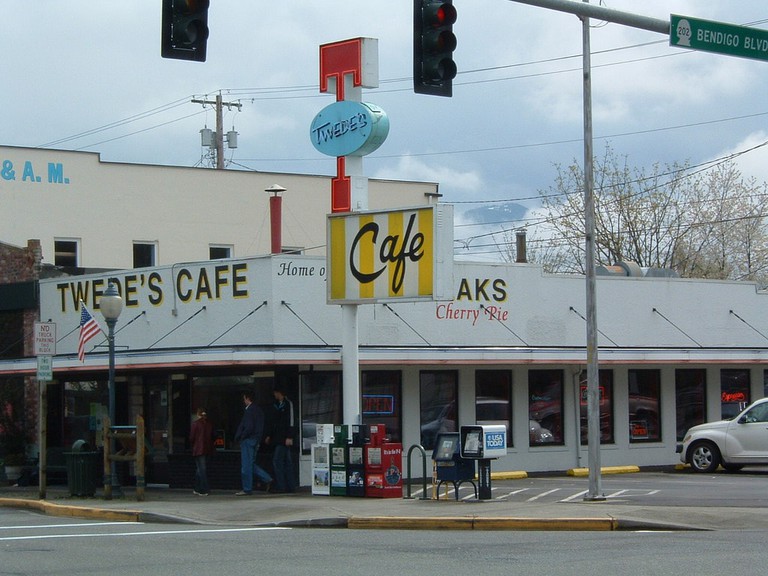 About 10 minutes southeast of Snoqualmie Falls sits Twede’s Cafe, or rather the famous Double R Diner owned by Norma Jennings and run with the help of Shelly Johnson. According to Dale Cooper, the Double R Diner is where “pies go when they die.” Located in North Bend, the famous diner is still run by the same family who built it back in 1941. Twede’s Cafe continues to pride itself on its association with the show. To this day, the side of the retro white building reads, “Home of the Twin Peaks Cherry Pie.”

The Roadhouse Restaurant and Inn 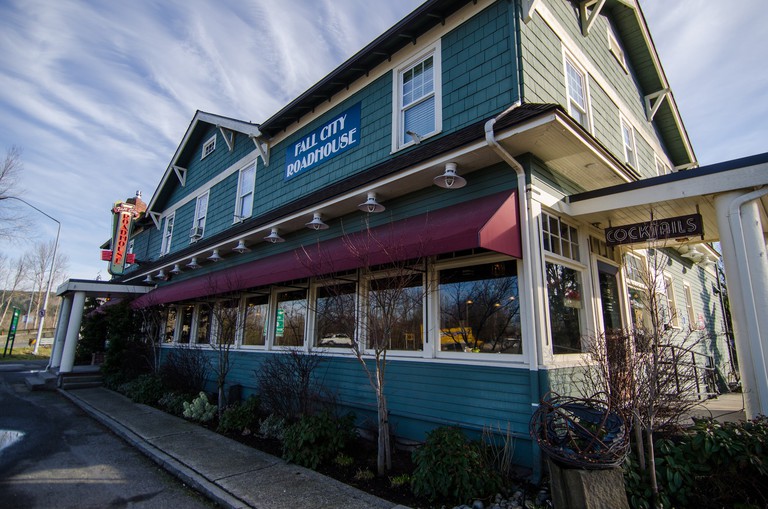 Filmmakers shot the interior of the Twin Peaks Roadhouse Inn in what is now a performance hall at Cornish College of the Arts in Seattle. But they filmed the exterior in Fall City at The Roadhouse Restaurant and Inn. Today, the blue-colored inn looks a little differently than it did back in the early 1990s when it was white. And, of course, the inn doesn’t feature the infamous neon red sign advertising the “The Bang Bang Bar.” But fans will be able to recognize it simply by its craftsmen-style structure. To this day, the inn takes part in the Twin Peaks hype and welcomes fans of the show anytime.