Eats on the Streets: the Best Street-Food Vendors in Seattle 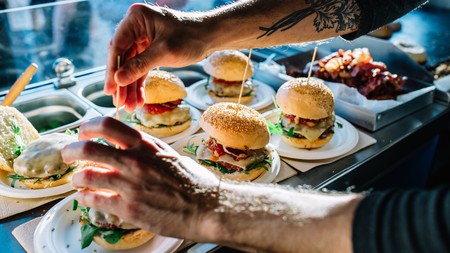 Discover the booming foodie scene in Washington state’s most populous city – and find out which businesses are cooking up a storm on the West Coast. From honey-glazed, fried-chicken-stuffed biscuits to eggy breakfast buns named after iconic women – you certainly won’t go hungry in Seattle.

When it comes to street food, nowhere does it better than Seattle. From Beacon Hill and Ballard to Capitol Hill, you’ll find vendors on every corner whipping up the best bites this side of Washington. Here’s the lowdown on where you can find the best street-food vendors in the Emerald City. 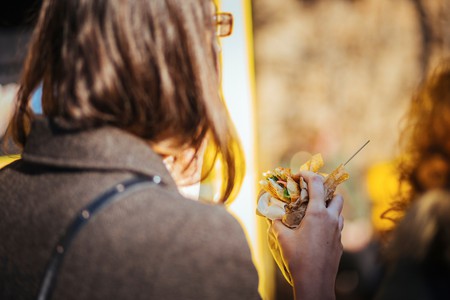 Where Ya At Matt

If you consider yourself a foodie then you can’t visit Seattle without stopping by Where Ya At Matt. Owner Matt grew up in New Orleans before later settling on the West Coast. Thankfully for Seattle, he brought a slice of New Orleans with him and has been serving up a menu of Creole soul food in the Pacific Northwest ever since. Expect a menu jam-packed with the likes of jambalaya, po’ boys, gumbo, beignets and more. But try the Creole pork po’ boy topped with granny smith apple slaw, caramelized onions and cilantro purée if you really want your socks knocked off. Be sure to finish with a slice of warm homemade pecan pie. Thank us later. 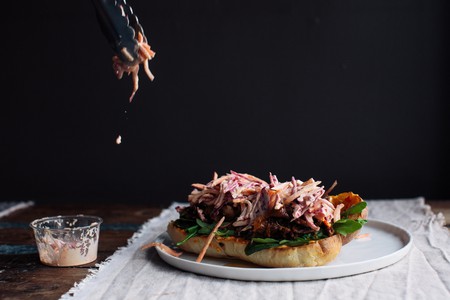 Make sure you try one of Where Ya At Matt’s classic po’ boys, they’re as good as it gets | © Kate Thompson / Stocksy

If you’re unfamiliar with gyros, look no further than Theo’s Gyros for a delicious education. These wraps are made from meat cooked on a vertical rotisserie, and although quintessentially Greek, have been given a sumptuous Seattle twist. The roasted lamb gyro is a local favorite and comes with mixed greens, onions and roma tomatoes topped with house-made tzatziki, a few fries and a Greek-style pico salsa. The food truck is a regular visitor to the Westlake Food Truck Pod at Westlake Park and tours around other top truck-stop pods.

Egg is the name of the game at Sunny Up Seattle, where they really know how to turn the breakfast game up a notch. It’s run by two badass women, Ande Janousek and Tara Zumpano, who have aptly named their sandwiches after renowned women of power. You’ll find the likes of the Sausage Patti Smith, a Nina Smoked Salmone, or a Frida Avokahlo on the menu, but make sure to ask for your sandwich stuffed if you want it topped with a crispy hash brown. 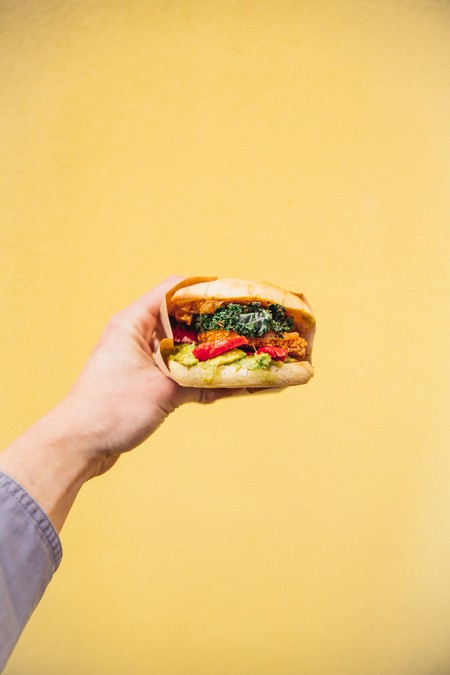 You’re most likely to find 314 Pie Seattle parked at a Seattle farmer’s market somewhere, or cruising the city streets in their signature blue truck. But the real treat here is the ingredients they use; the fillings for these butter crust pies are sourced as close to home as possible, all with ethical practices kept front of mind. You can take away frozen pies to cook at home or, if you can’t wait that long, take a ready one to go. The Pacific Northwest-raised beef braised in red wine with roasted mushrooms, Tillamook County cheddar and caramelized onions is a firm favorite. Or if you’re vegetarian, opt for the wild Washington mushroom pie stuffed with potatoes, leeks and a dash of brandy. They even serve sweet pies here; the butterscotch pecan or vegan nutty carmelita would be our pick.

It’s West Africa meets West America at family-run food truck BlackStar Kebabs. It all started in the kitchen for this family, where food was made with love before they decided to pursue their dream of opening a food truck to bring the delicious taste of Ghana to the busy streets of Seattle. Traditional family recipes are at the heart of everything they serve; marinated charred chicken, beef, lamb or shrimp kebabs are generously seasoned with punchy Ghanaian spices and the popular jollof rice is best served with a side of sweet red plantains. 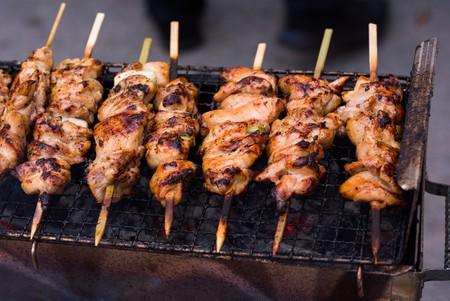 Launched in 2013, BeanFish is an authentic Japanese comfort-food truck and pioneer of mobile taiyaki food in the USA. Taiyaki are Japanese cakes or waffles in the shape of a tai (red seabream) typically filled with a sweet red bean paste. Suddenly the name BeanFish makes sense. But the team of culinary innovators behind BeanFish has gone a step further, serving taiyaki with sweet and savory fillings and naming them after American pop culture icons. The Elvis, for example, is filled with peanut butter and bananas and the Colonel Custard with, you guessed it, smooth vanilla custard. The mmmBacon is surely the showstopper though, filled with bacon, egg, tater tots and cheese. BeanFish serves the greater Seattle area and is a regular at major food festivals and food truck pods. 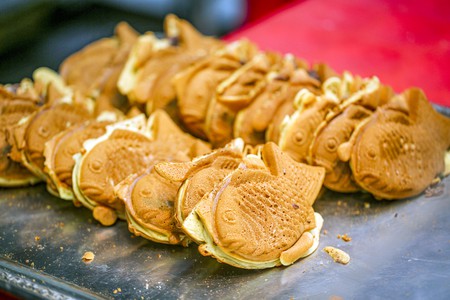 14 Hands does things differently. We honor the past, but we’re passionate about trying new things. And that means making wine that is flavor first, and everything else second. Discover wines unbound by rules or convention at your local retailer today. ©2021 14 Hands Winery, Prosser WA.