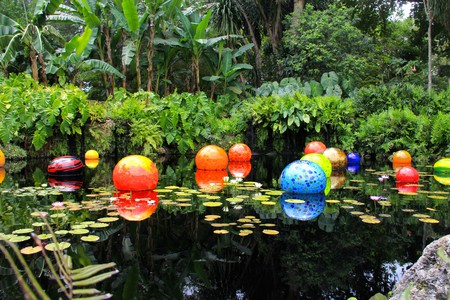 Dale Chihuly has been exploring the medium of glass, creating large-scale installations, for 50 years and has led the way in developing the medium of glass as a fine art. Here, we take a look at a survey of Chihuly’s installations and the unique settings and environments in which they’ve appeared. From museums to gardens, hotels to ponds, Chihuly’s works have no geographical limits.

Born in 1941 in Tacoma, Washington, Chihuly initially studied design at the University of Washington, before enrolling in 1965 in the country’s first glass program at the University of Wisconsin. Chihuly went on to receive a Fulbright Fellowship in 1968, working at the Venini glass factory in Venice. It was in Venice that he was exposed to the team approach to blowing glass, which is a significant way he works today. Upon returning from Venice, he cofounded the Pilchuck Glass School in Washington State, in 1971. 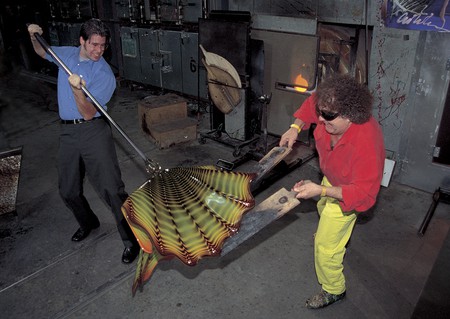 His works are nothing if not instantly recognizable as distinct Chihuly pieces. His pieces are included in over 200 museum collections worldwide, and major installations and exhibitions have been exhibited across the globe – from his solo exhibition Dale Chihuly objets de verre at the Musee des Arts Decoratifs, Palais du Louvre, in Paris in 1986, to Chihuly Over Venice, where he installed sculptures over Venice’s piazzas and canals. Chihuly began the Venice project in 1995, creating his sculptures at glass factories in Finland, Ireland, and Mexico, making it a truly global project. Since then, his works have continued to be exhibited across the world. His most recent solo exhibition can currently be found at Toronto’s Royal Ontario Museum, with CHIHULY.

Here, we do a bit of country-hopping and take a look at some of Chihuly’s most awe-inspiring installations.

Good news for any art-inclined bachelor party attendees and high rollers: Chihuly’s Fiori di Como glass chandelier can be found above the Bellagio’s lobby in Las Vegas. Vegas has a surprising collection of art within its city limits. Chihuly’s stunning sculptures will surely be a bright relief for any bleary-eyed gambler. 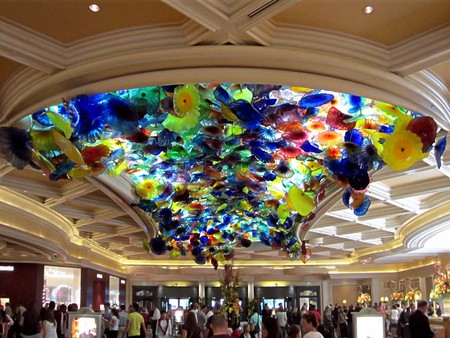 The rotunda, or main entrance, of London’s Victoria & Albert Museum features a 30-foot-high blown glass Chihuly chandelier. The V&A Chandelier was installed in 2000, part of the first stage of the V&A’s modernization and redevelopment plan. The museum has always been committed to showcasing the best of design, with Chihuly a perfectly modern example. 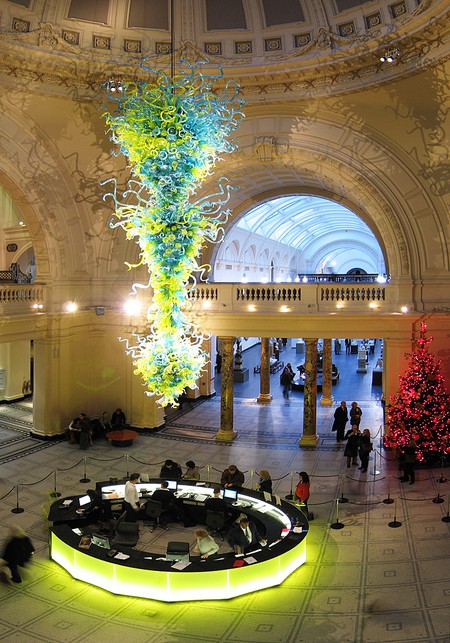 Between December 2014 and May 2015, the Fairchild Tropical Botanic Garden presented Chihuly’s most comprehensive garden exhibition to date in Miami as part of Art as Fairchild, a seasonal program which welcomes international artists to display their art through the Garden’s 83 acres.

Between June 2016 and January 2, 2017, visitors can head to the ROM for CHIHULY, a solo exhibition featuring 11 large-scale installations, including four designed specifically for the ROM’s gallery space. Red Reeds on Logs was designed using Ontario-sourced birch logs. 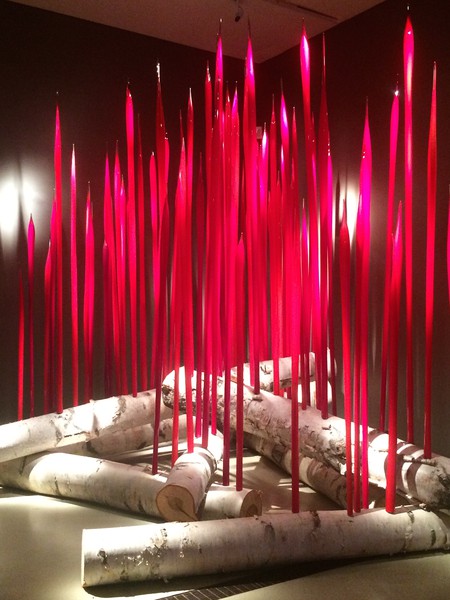 Chihuly, Red Reeds on Logs at the ROM | © Alix Hall

London’s famous Kew Gardens was transformed in 2005 with an extensive Chihuly exhibition, Gardens of Glass: Chihuly at Kew. His colorful large-scale, organic-shaped glass was specifically designed to respond to the plants, trees, and architecture found at Kew. The majority of the pieces were set within the landscape, such as the boat in the huge pond in front of Palm House. Others were placed inside Kew’s greenhouses and glasshouses, the Temperate House, and the Princess of Wales Conservatory. 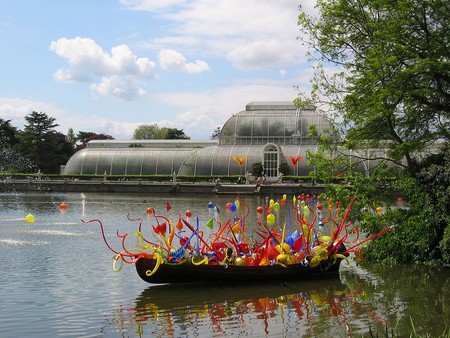 During the 53rd International Art Exhibition of the Biennale di Venezia in 2009, the Padiglione Venezia hosted an exhibition dedicated to contemporary artists working in glass. For over 40 years, the Padiglione Venezia has been a major player in showcasing the research and experimentation of glass artists. The exhibition fa come natura face in foco, included a large installation in the outdoor garden by Chihuly, which was created specifically for the Biennale. 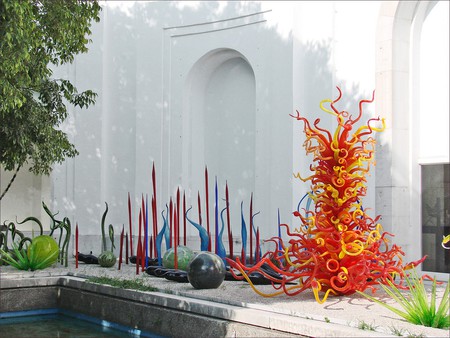 Last but certainly not least, Chihuly’s works can be seen in his native Washington State. A long-term exhibition, Chihuly Garden and Glass, can be seen at the Seattle Center. The exhibition, which opened in May of 2012, includes three major components: the Garden, the Glasshouse, and the Interior Exhibits. The Glasshouse’s installation includes a massive 100-foot-long sculpture, one of Chihuly’s largest suspended sculptures. 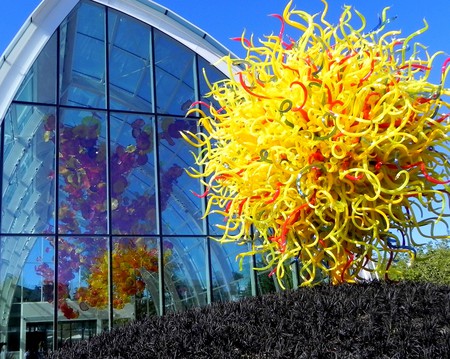 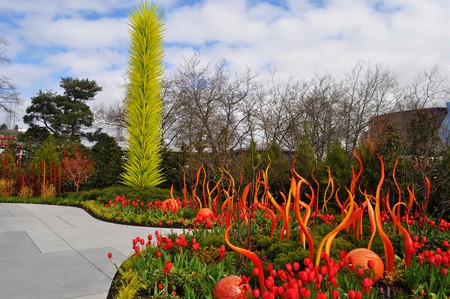 Chihuly Garden and Glass | © Chris Connelly/Flickr
Give us feedback