A Professional Sports Tour of Seattle 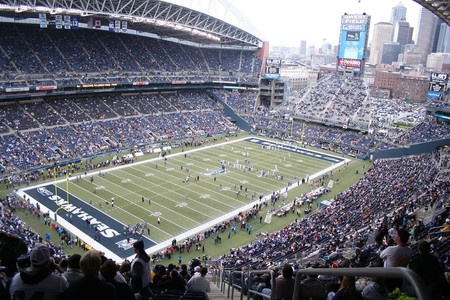 In the world of professional sports, Seattle teams are relatively young (or no longer exist in the case of the Sonics). They have few national championship titles, but still they are beloved by their fans, and are making themselves known, to the rest of the country’s dismay. Seattle teams may be taking their time to reach the limelight, but don’t dismiss them. Seattle has stamina and they are working hard with their whole city behind them. From oldest to youngest, these are Seattle’s professional sports teams.

Starting in 1976, a half century after the National Football League (NFL) was founded, the Seahawks filled a void in the hearts of Seattleites. With a rocky start playing in the Kingdome—the iconic Seattle stadium for the first quarter decade of professional Seattle sports—Paul Allen stabilized the team’s fate by purchasing it in 1997. It wasn’t until Super Bowl XLVIII, however, that the Seattle Seahawks finally earned their first Super Bowl victory in 2013. 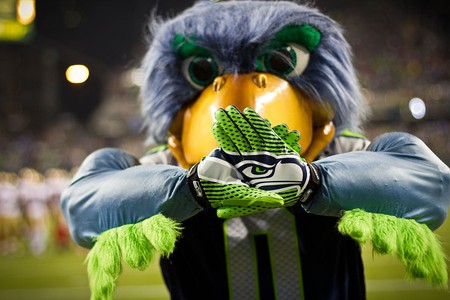 After the Kingdome was torn down, the Seahawks played temporarily at the University of Washington’s Husky Stadium until their new stadium was completed. After a series of name changes, the home of the Seahawks is now called CenturyLink.

The NFL has an incredible commitment to community across the nation, and the Seahawks are no different. In Seattle, the Seahawks team is synonymous with charity, as player after player gives their time, money, and other resources to those in need in both the local and global communities. The Seahawks know they are role models to children and they work hard to be the type of person every parent wants their child to emulate.

Though Seattle fans are devoted, none are more so than Seahawks fans. CenturyLink is known to be one of the worst stadiums for visiting teams due to the noise level of the fans. In the 1980s, Seattle fans made such a difference to the team and to the game that late Seahawks President Mike McCormack retired the number 12 jersey as a tribute to the best fans in the NFL. That same spirit lives on today. 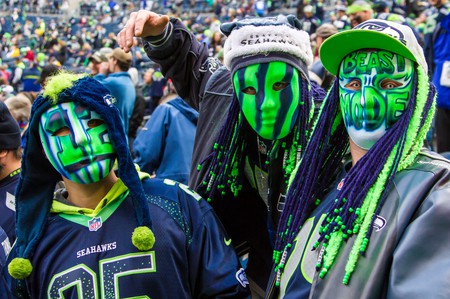 Though the Seattle Mariners are one of two out of 30 Major League Baseball (MLB) teams to have never played in the World Series, the team has churned out some incredible players and heart-warming moments. Established in 1977, a year after the Seahawks, the Mariners shared a stadium with their football compatriots at the Kingdome until 1999.

It took almost 15 years before the Mariners won more games than they lost in a season. During their time in the Kingdome, they had the first father and son pair on the same major league team, with Ken Griffey Senior and Ken Griffey Junior. Junior and Randy Johnson, a Mariners star pitcher from this time period, went on to join the National Baseball Hall of Fame. 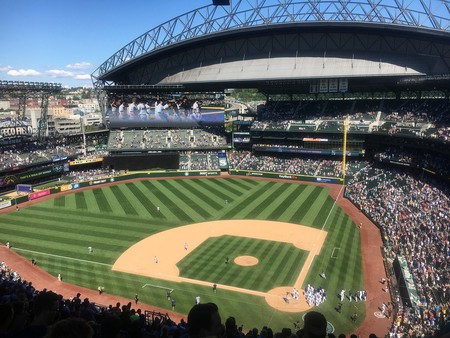 Transitioning to Safeco Field—the Mariners’ current home stadium—in 1999, the team created more memories for their devout fans. In 2004, Edgar Martinez retired after playing his entire career with the Mariners and becoming a fan favorite, making him the namesake for a stadium-adjacent street (among other honors). Ichiro Suzuki entered the picture, breaking MLB records for 12 seasons with the Mariners before being traded to the Yankees in 2012. That same year, Mariners pitcher Felix Hernandez threw the first perfect game in franchise history.

All in all, the Mariners have won three American League West titles. Their three retired jerseys are numbers 42, for the ground-breaking Jackie Robinson; 24, for Hall of Famer Ken Griffey Junior; and 11, for the inspiring and unforgettable Edgar Martinez.

The Seattle Storm is arguably the city’s most successful team in that, in addition to their 13 playoff appearances, it is the only Seattle team to have won its league’s championship twice.

Following three years after the founding of the Women’s National Basketball Association (WNBA), the Seattle Storm emerged in 2000. It took two short years before the team made the playoffs and only two years after that before they earned their first WNBA Championship. The huge 2004 victory was Seattle’s first professional championship since the much-missed Seattle SuperSonics won the National Basketball Association (NBA) championship 25 years prior. Anne Donovan also became the first female coach of a WNBA Championship-winning team.

The Seattle Storm set franchise records with 22 wins in the regular season in 2008, which they then topped in the 2010 regular season with 28 wins. In the same year, they won their second WNBA Championship. 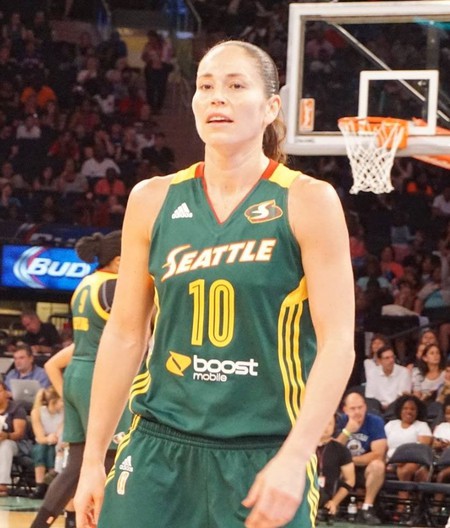 The Seattle Sounders’ name holds roots that date back to the North American Soccer League’s 1974 founding and are the third team to bear the name. Though Seattle has had professional soccer teams in the past, the current one—as an expansion team in Major League Soccer (MLS)—started playing in 2009. They share a home with the Seahawks at CenturyLink Field.

Seattle’s professional men’s soccer team is arguably the most consistently exciting of the city’s teams, having yet to miss the playoffs in any season since their inception. They have won the US Open Cup four times and finally won the MLS Cup in 2016.

Another stellar example of Seattle sports fans, Sounders games have set league records for attendance over and over again. Every season of their existence, fans have out-attended Sounders games, usually doubling (at least) the average attendance of all other MLS teams. In fact, since 2009, attendance of Sounders games has been almost double of Mariners games. That’s right: in Seattle, European football is getting more attention than America’s favorite pastime. 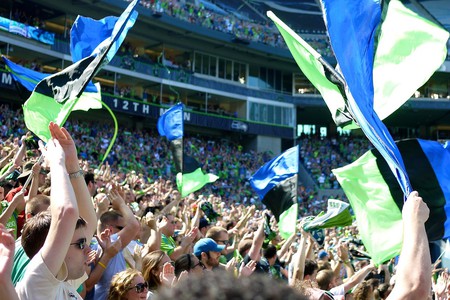 The youngest Seattle team yet, the Reign FC is one of the original eight teams created when the National Women’s Soccer League (NWSL) was established in 2012, starting play in the 2013 season. Two more teams have been added since then, for a 10-team league. The Seattle team was named as a nod to a previous professional Seattle women’s basketball team. As some may guess, the royal name is a play on words referencing Seattle’s infamous weather.

Now in its fifth season, Reign FC has had the same coach, Laura Harvey, since the beginning. In an escalation similarly impressive to the Seattle Storm and the Seattle Sounders, it took a single season of getting their bearings before the Reign finished the regular season in first place two years in a row (2014–2015). They are the only NWSL team so far to be honored with the NWSL Shield—for best regular season record—twice. Their impressive 2014 season included a yet-to-be-beaten 16-game winning streak.

The Seattle Reign has had three team members who have also played on the US Women’s National Team (USWNT): Megan Rapinoe, Hope Solo, and Sydney Leroux (who now plays for FC Kansas City). They also have a barrage of players from other countries’ national teams. Consistently in the top half of their league, the Seattle Reign FC is the least known team in the city—but they are working very hard to change that. 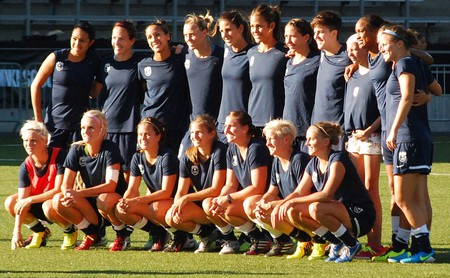 Seattle's FC Reign
Give us feedback