A History of the Seattle Space Needle 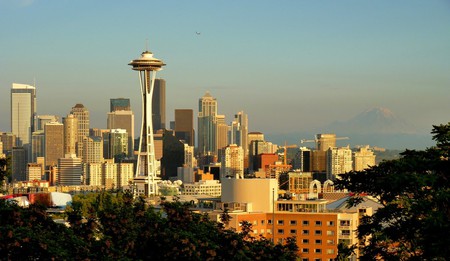 The Space Needle, which stands at 605 feet tall and 138 feet wide, is without a doubt, Seattle’s most iconic structure.

The towering needle is the centerpiece of every television show and movie set in the Emerald City. The Space Needle stands in the back of Frasier Crane’s apartment in Frasier and next to the Grey Sloan Memorial Hospital in Grey’s Anatomy. Many of Seattle-based movies are filmed in Vancouver, British Columbia due to the city’s similar architecture and the glaring fact that the cost of filming up North costs significantly less than Seattle. This financially-savvy approach still doesn’t stop filmmakers from editing in Seattle’s signature landmark. But the Space Needle is more than just a visual icon, it’s a product of the 1962 World’s Fair. 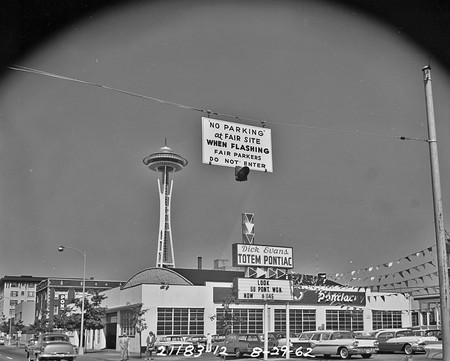 The World’s Fair got its start in the 19th century as an international exposition, displaying the finest technology in the world. Decades later, the event shifted its focus from trade technology to technology that worked to better society. And in 1962, from April to October, Seattle finally had the opportunity to showcase what it had to offer. 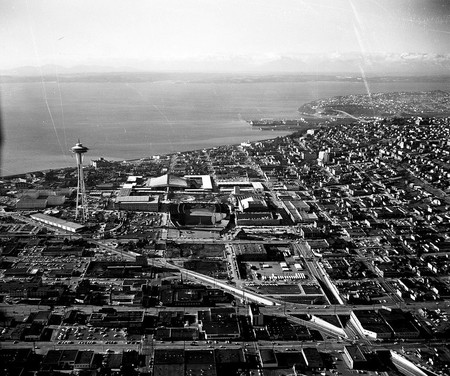 Seattle hosted millions of people that year and what they witnessed was the tallest structure west of the Mississippi River. Funnily enough, Seattle took that title from itself. Prior to the Space Needle, the Smith Tower, which stands in the Pioneer Square neighborhood, donned that title.

Designed by Edward E. Carlson and John Graham, Jr., the Space Needle is the creation of a compromise: Carlson’s drawing of a giant tethered balloon and Graham Jr.’s flying saucer. At the time, the nation was in the middle of the Soviet – U.S. Space Race and Seattle’s own Boeing aerospace company pushed the Emerald City into the feud. Space was eventually deemed the theme of the 1962 World’s Fair. 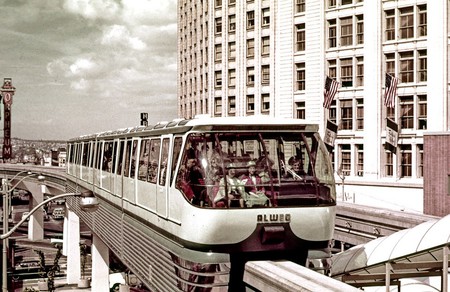 The Space Needle’s placement in the city was also a compromise. The World’s Fair required that each city build its exhibits within the designated fairgrounds. Luckily, right before the fair occurred, the city found a plot of land, away from its other tall buildings, that allowed for the immense structure to stand with elevators traveling up and down its stem to the restaurant and lookout situated at the top.

Because of Seattle’s placement along the famous Ring of Fire, making it susceptible to disastrous earthquakes, the builders constructed the Space Needle to withstand wind gusts of up to 200 miles per hour and earthquakes below a 9.1 magnitude.

The Space Needle wasn’t the only construction built for the fair that year. The entire Seattle Center, from the tall legged Science Pavilion to the monorail to what is now known as the Key Arena, is all thanks to the 1962 celebration. So when visiting the Space Needle, it’s worth taking a walk around the needle’s grounds. 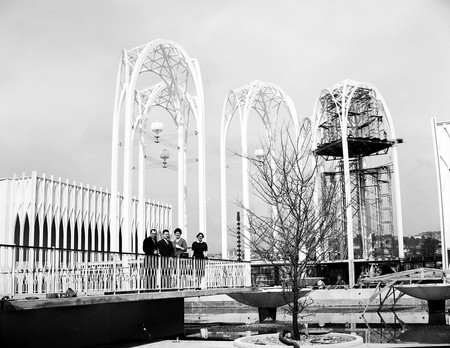 Over the years, the Space Needle has undergone renovations to improve the structure and its restaurant. It’s actually under one right now; this renovation will actually mirror the original concept more closely. When construction is over, the Space Needle will feature a new glass bottom floor in the restaurant and an all-glass observation deck.

Seattleites take pride in the iconic landmark. From the purple and gray tones of the University of Washington to the blue and green colors of the Seattle Seahawks, the needle is frequently decorated for the city’s events. The newest set of renovations will pair well with the city’s excitement.