A Bibliophile’s Guide to Seattle 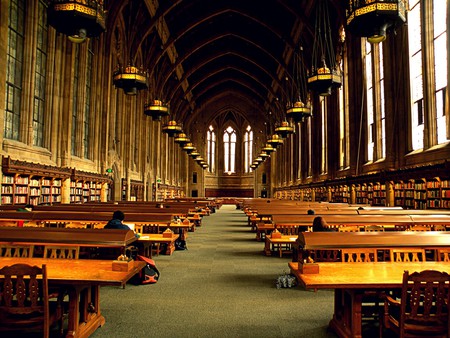 The City of Literature program is part of the Creative Cities Network, a community made up of 180 international cities all working toward “placing creativity and cultural industries at the heart of their development plans at the local level and cooperating actively at the international level.” And Seattle gets to be a part of that effort.

The Emerald City stands as the second city in the United States to have earned the title, with the first being Iowa City, Iowa, back in 2008. It joins the ranks of international cities such as Edinburgh, Scotland, and Durban, South Africa. The organization rates its nominees on their historical and current contributions to the arts community, both citywide and globally. A glance at the city’s creative community shows why UNESCO pegged Seattle with the honor. 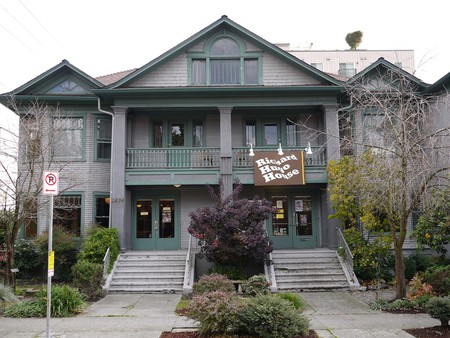 To begin with, Seattle has its own literary hub. The Hugo House, founded in 1998 by three Seattle writers—Linda Breneman, Andrea Lewis, and Frances McCue—is a nonprofit writing community housed on Capitol Hill. There, creatives can partake in a number of literary courses taught by prominent poets and writers such as Lidia Yuknavitch and Ijeoma Oluo. Through their youth scholarships and emerging writer fellowships, the Hugo House offers an influential platform for unheard voices.

It’s not all scholarly either. The Hugo House is also noted for their year-round events that mix intellect with entertainment, including the acclaimed “Hugo Literary Series,” which has been a part of the community since 2007. The cultured celebration brings together a handful of artists who share original work, written specifically for the event based on a theme generated by the organization.

Until recently, the nonprofit organization ran its business out of a three-story Victorian house built in 1902. But in 2016, builders tore the establishment down. Not to worry though. In summer 2018, the Hugo House will move into its new home, a beautiful six-story structure built in the same location.

The Hugo House isn’t the only organization helping emerging writers and the arts community. There’s also the nonprofit organization Artist Trust, which dedicates itself to lifting up creatives in Washington State. Founded in 1986, the Artist Trust is a hub of grants, classes, and connections that assists artists with their journey.

Some of their grants include the Twining Humber Award, which “recognizes a female-identified visual artist, age 60 or over, who has dedicated 25 years or more to creating art,” and the LaSalle Storyteller Award. The latter recognizes a different discipline each year, along with one hardworking individual who is helping to shape it. 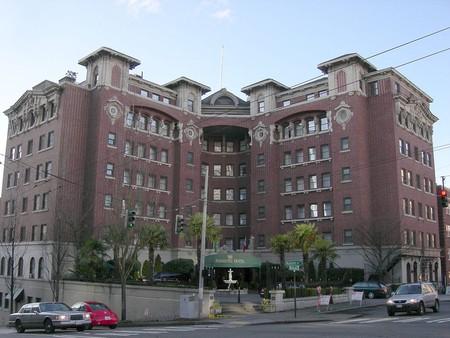 On a more lighthearted note, there are a number of bookish establishments, events, and performances throughout the city outside of the Hugo House and the Artist Trust. The historic upscale Hotel Sorrento in the First Hill neighborhood features a monthly silent reading party. That’s right. On the first Wednesday of every month, the Italian-style hotel hosts a read-a-thon in its Fireside Room. Though it may seem awkward, the evening fills up in less than an hour according to Seattle’s alternative newspaper, The Stranger.

Blocks away from the Hotel Sorrento sits the Book-It Repertory Theatre, a theatre company that adapts great works of literature into plays—and not just for entertainment either. Per the organization, “We know literacy is a multi-dimensional enhancement to life, yet we also know that functional illiteracy is a fundamental obstacle for one-third of adults in Washington State.” The company, which performs all across the state, has continued to expand since its founding in 1987.

While the tech industry—Amazon, Zillow, Microsoft, and Expedia—continues to spread across the city, arts and nonprofit organizations continue to flourish. UNESCO’s recognition proves that despite Seattle’s many changes, its creative community remains strong.