8 Festivals to Check Out in Washington This Spring 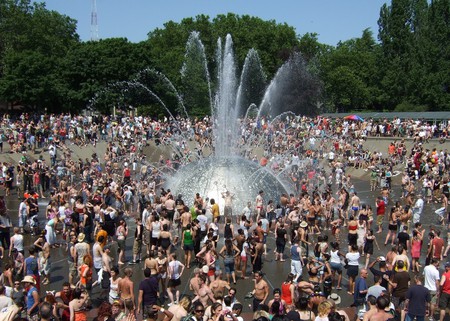 As Spring breaks through the wet, grey clouds of Winter, Washington State comes alive. From Spokane to Bellingham to Seattle, the state’s biggest cities host a number of food-, flower-, and film-related celebrations that Washingtonians flock to every Spring. Below are eight of the best festivals happening this season.

This three-day festival screens 25 films, all made by women. The Cascadia International Women’s Film Festival plays April 13-15. Hosted in Bellingham, the festival aims to create a space for female-identifying filmmakers to share their work as well as provide workshops, panels, and inspiration for attendees. This year, Cascadia snagged the former Academy of Motion Picture Arts & Sciences president, Cheryl Boone Isaacs, as their guest of honor. She’ll be discussing her career, industry challenges, and thoughts on the future of the entertainment industry. The movies require purchased tickets, but the conversation with Isaacs is free.

This month-long festival located in Mount Vernon is already in motion. The Skagit Valley Tulip Festival blooms over a million brightly colored tulips, daffodils, and irises, and runs the entire month of April. It’s one of Washington state’s most popular attractions, welcoming hundred of thousands of visitors each year. In 2016 alone, the festival witnessed visitors from 50 states and 93 foreign countries. The Spring celebration is more than just its flowers. Once there, tourists enjoy a series of art shows, concerts, and participate in other local events that have partnered with the Tulip Festival, like the Downtown Mount Vernon Street Fair and the Kiwanis Salmon Barbecue. 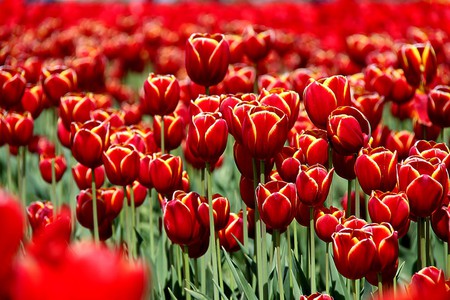 EWU presents the Get Lit! Festival

From poetry slams to live music to writing workshops to book signings, the Get Lit! Festival in Spokane has it all. The fest runs from April 23–29, and while many of the events are free, some of the readings with acclaimed authors like Brit Bennett and Anne Lamott—held in local bookshops and venues around Spokane—require a purchased ticket. This year, the fest has partnered up with Eastern Washington University and their MFA program to host a number of visiting writers, like Judy Blunt and Darin Strauss, who will take part in the literary activities.

With over 23 participating locations, Bellingham Beer Week is a nine-day citywide celebration of local breweries, cideries, and tap houses. From the Boundary Bay Brewery to Aslan Brewing Co., the festival highlights the fast growing business and its contributions to both Bellingham and the state. It’s not just about drinking either, the festival that runs from April 20 -28 hosts a number of low-key events, like beer related book signings, yoga with beer, and beer bingo. 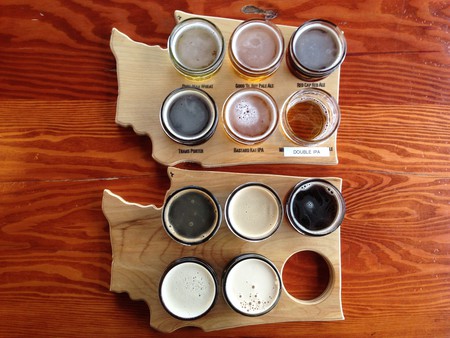 The Seattle International Film Festival is the biggest international film festival held in the U.S., outranking larger cities like Los Angeles and New York. So big, in fact, that it takes over the entire city, even spreading to outside cities like Bellevue, Edmonds, and Tacoma. Spanning over three weeks, from May 17-June 10, the festival offers more than 400 films from 80 different countries, as well as evening conversations, panels, and galas. Their specialty is independent, documentary, and foreign films, though they do manage to snag a few highly anticipated movies every year. Past highlights have been Kumail Najiani and Emily V. Gordon’s Oscar nominated flick, The Big Sick, and Richard Linklater’s moving film, Boyhood.

The Sasquatch Music Festival began in 2002 as a one-day music festival and has since expanded. It takes place over Memorial Day weekend at the Gorge in George, Washington. This year’s festival includes artists like Tyler the Creator, Modest Mouse, Perfume Genius, Girlpool, and a ton more. With single-day and weekend-long passes, there’s more than one way to enjoy the fest. Sasquatch isn’t just popular for its music, either. Expansive views of the Columbia River are the backdrop to the festival’s mainstages and a major attraction for attendees and musicians alike. 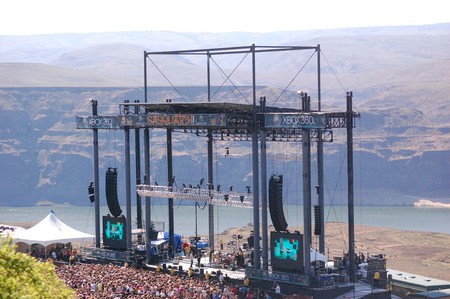 Also over Memorial Day weekend, in Seattle at the Seattle Center, is the city’s beloved Northwest Folklife festival. In its 47th year, the festival, “exists to celebrate all forms of cultural expression practiced in the Northwest.” From Irish cloggers to bluegrass fiddlers to Middle Eastern dancers, the annual celebration is chock-full of exciting entertainment. It also happens to be free, which allows attendees to spend their money on the important things, like the endless rows of local food trucks and the booths offering handmade Northwest goods set up throughout.

Spokane will hold its 27th Pride Parade on June 9. The celebration looks a lot differently today than it did when it started in 1992. In the beginning, participants marched down Spokane’s sidewalks, “sponsored and coordinated by Spokane PFLAG (Parents, Families, and Friends of Lesbians and Gays).” But after a lively first year, OutSpokane ordered a permit and has marched through the downtown streets of their home ever since. The Pride Parade will start downtown at noon and wrap up at the historic Riverfront Park Lilac Meadow where the Rainbow Festival will begin. There, attendees can enjoy food, drinks, live entertainment, and more.