5 Things to Know Before Visiting Spokane 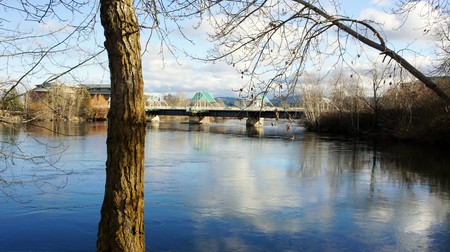 Situated on the northeast side of Washington is the state’s second largest city, Spokane. While it differs in comparison to its Western counterpart in both climate and landscape—a result of the Cascade mountain range that separates the two cities—it offers the type of culturally infused tourism and outdoor recreation that Washington State visitors appreciate. Below are five things to know before making the trip to Spokane.

Avoid Winter, and maybe Hoopfest too

Unlike Western Washington, Spokane and its Eastern Washington neighbors experience completely different weather, thanks to the jutting Cascade mountain range that separates the state and creates two separate climates. While Western Washington endures a mild marine climate, Eastern Washington is home to a dry climate with harsher seasons. Washingtonian’s have often titled these two contrasting areas as “Wet Side” and “Dry Side” or “Timberland” and “Wheatland” because of their different resources. Winters in Spokane mean snow. Spokane features a number of outdoor activities, like hiking and biking, and snow is sure to put a damper on these opportunities.

Hoopfest, the largest annual outdoor 3-on-3 basketball tournament, might do that as well. The June/July tournament may not seem large because of its small teams, but the outdoor fest draws almost 200,000 people every year. Hoopfest takes over the entire downtown neighborhood, closing off both streets and intersections. With every accommodation booked in Spokane and its surrounding cities, travelers will have better luck planning their trip around the tournament. 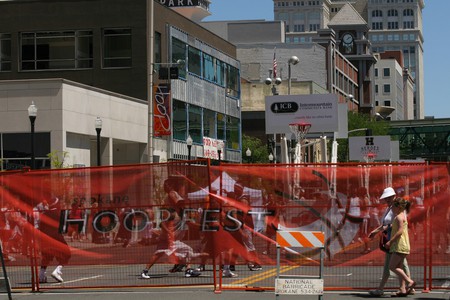 Get ready for wine

Walla Walla, Yakima, and the Columbia Valley are all home to some of Washington’s best wine, and Spokane is the city to drink it in. Visitors can experience the local wine at either the Barrister Winery or the Patit Creek Cellars, both of which sit downtown near the famous Davenport Hotel. Taste wine outside of the city at family-run wineries like the Arbor Crest or Latah Creek, with the former offering breathtaking landscape views of the Spokane Valley. 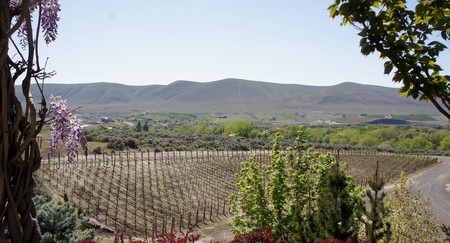 Plan for a day trip or two

While the city is home to the botanical gardens of Manito Park and the downtown Riverfront Park, the Spokane Valley and surrounding mountains hold some of Washington’s wonders. Just nine miles northwest of the city is the largest state park in Washington, the Riverside State Park. With 12,000 acres, the park features over 25 miles of trails, campgrounds, lakes, and wildlife.

About two hours southwest of Spokane is Palouse Falls, a 198-foot waterfall that draws tourists from all over. It’s a lengthier drive but once there, it’s only a one- to three-mile hike. And if anything, the views are enough to make any journey worth it.

Like Seattle, Spokane is home to a Dick’s burgers that includes a walk-up counter and astoundingly cheap prices. But it’s not Seattle’s famous Dick’s Drive-in. People often confuse them. The Dick’s Hamburgers Yelp page is full of reviews and comments mistaking the two delicious Washington joints. But the Spokane staple has been flipping patties since 1965 and unlike Dick’s Drive-in, Dick’s Hamburger’s menu offers seafood along with its greasy burgers and fries. It’s located right off the I-90 highway near downtown, perfect for a quick lunch stop or grub session after hiking around Riverside State Park. 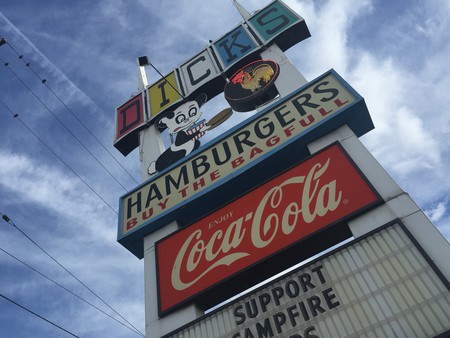 That’s right, Washington state hosted two World’s Fairs: the Century 21 Exposition, or the 1962 World’s Fair, which gave birth to the iconic Space Needle in Seattle and the Expo ’74, the first environmentally themed World’s Fair, which transformed the downtown neighborhood of Spokane. Workers removed the rail yards along the Spokane River and built the beloved Riverfront Park, turning the city’s industrial center into a serene landmark. Riverfront Park was the site of Expo ’74 and up until that point, it was the smallest World’s Fair to have occurred. 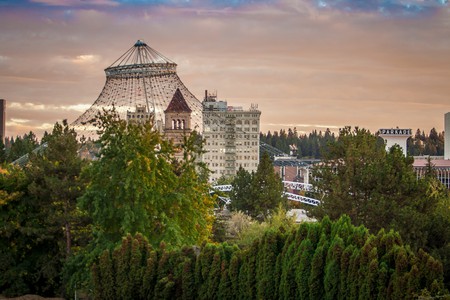