5 Actors You Didn't Know Were from Seattle 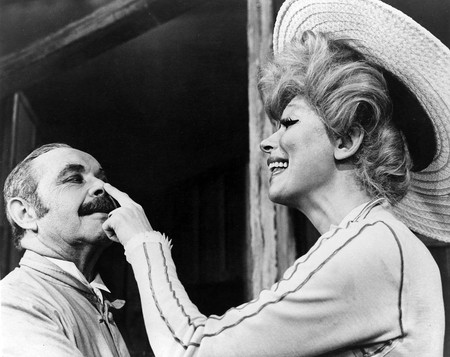 When people think of Seattle celebrities, the ones that usually come to mind are musicians like Kurt Cobain and Jimi Hendrix. But Seattle is responsible for a lot more than grunge and rock legends.

Over the years, the Emerald City has birthed a number of actors like Invasion of the Body Snatchers‘ Kevin McCarthy and musical star Carol Channing. And it’s not just Seattle either. Agents of S.H.I.E.L.D.‘s Blair Underwood was born in Tacoma, Twin Peaks‘ Kyle MacLachlan hails from Yakima, and Parenthood‘s Craig T. Nelson calls Spokane his home. Actors and celebrities alike come from all over the Evergreen State. Below are five of those stars.

This Disney Channel star was born in the Emerald City, but she didn’t actually grow up there. A ferry ride away from Seattle, Dove Cameron discovered acting on Bainbridge Island. At the Bainbridge Performing Arts Center, Cameron performed in productions like Les Miserables and The Secret Garden before making her onscreen debut in the Showtime series Shameless. Dove’s fame skyrocketed when she snagged the dual-role of Liv and Maddie Rooney in the Disney Channel’s Liv and Maddie. Since then, Dove has earned roles on shows and movies like Agents of S.H.I.E.L.D., Descendants, and the upcoming film starring Jennifer Aniston, Dumplin’.

The overwhelmingly talented television and stage actor Jean Smart calls Seattle her home. The Designing Women star first took to the stage at Ballard High School where she then went on to attend the University of Washington, earning a B.F.A. in their Professional Actors Training Program. From there, Smart acted up and down the Pacific Northwest, performing with companies like the Seattle Repertory Theatre.

After Designing Women, Smart appeared in a number of fan favorites like The Brady Bunch Movie and Mistress. And in 2000, Smart kind of returned to her hometown when she took the role of Lana Gardner on the Seattle based show Frasier, for which she earned two Emmy Awards for Outstanding Guest Actress in a Comedy Series. Since then, Smart’s filmography has grown to include everything from Sweet Home Alabama to Youth in Revolt to the FX television series, Fargo. 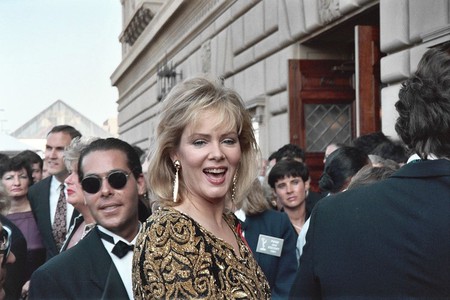 Arriving at the 1991 Emmy Awards | © Photo by Alan Light / WikiCommons

That’s right, The Office‘s own Dwight Schrute hails from the Emerald City. Rainn Wilson was actually born at the University of Washington Medical Center, the university he would eventually attend and earn a B.A. in Drama from. It was there that Wilson met his future wife, writer Holiday Reinhorn. The two married on the Kalama River in Wilson’s home state in 1995.

Outside of The Office, the comedian took on roles in popular films like Juno, Super, Cooties, and of course, his feature film debut Galaxy Quest. The Office star has since moved on from Seattle, splitting his time between Los Angeles and Sisters, Oregon. 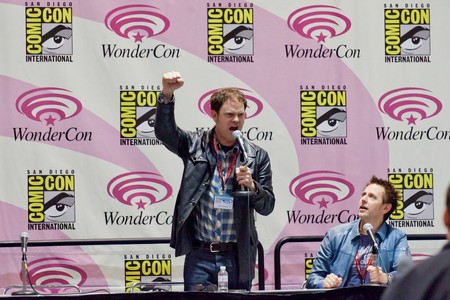 This Seattle-born, Golden-Age star was the inspiration for Nirvana’s popular song off of their In Utero album, “Frances Farmer Will Have Her Revenge on Seattle.” The song is a reference to Farmer’s tumultuous life ridden with mental illness, alcoholism, and violence. In the 1940s, her mother institutionalized Farmer at the Western State Hospital in Steilacoom, Washington, an experience she later wrote about in her memoir, Will There Ever be a Morning?, the book the inspired the song above. The complexities of Farmer’s life are best conveyed in episode 4 of Karina Longworth’s popular podcast, You Must Remember This.

In regards to acting, Farmer found her way to Hollywood during the 1930s and was cast alongside stars like Bing Crosby in Rhythm on the Range as well as Tyrone Power in Son of Fury: The Story of Benjamin Blake. Farmer first found acting in her hometown, while attending the University of Washington. There, she studied drama and eventually earned degrees in both journalism and drama. Despite becoming a Hollywood star, Farmer would go on to claim that the stage was where she felt most at home.

Alison Sudol is not only the actress that plays the undeniably charming Queenie Goldstein in the Harry Potter spinoff prequel, Fantastic Beasts and Where to Find Them, but she’s also the lead singer of the popular band, A Fine Frenzy. Sudol was born in Seattle, but didn’t stay for long. After her parents divorced when she was five, they all moved down to Los Angeles where she eventually graduated from high school at 16. Outside of Fantastic Beasts and Where to Find Them, Sudol has garnered praise from her roles as Kaya in the Amazon series, Transparent, as well as Emma in the USA Network miniseries, Dig. 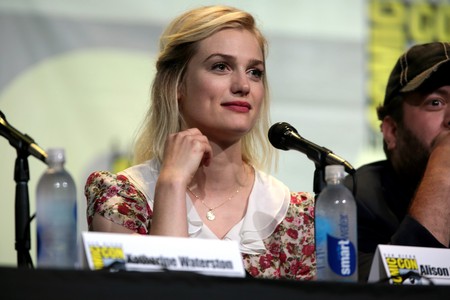