15 Experiences You Can Only Have in Washington State 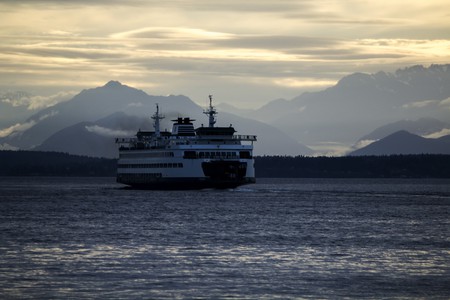 Like people, every place in the world has something unique about it—things that you just can’t find anywhere else. Washington State is no different, with Seattle, three national parks, and legends born in technology, music, and business. So from its Guinness World Records to cultural history, here are 15 experiences only possible in the Evergreen State.

It might be a little rushed, and participants are guaranteed to be exhausted at the end, but in a 12-hour period of time, one can span the state of Washington and see mountains, ocean, a rainforest, desert, cities, and islands. From the San Juan Islands (of the over 50 islands in the state), between the Hoh Rainforest and the Pacific Ocean, through Seattle and the Cascade Mountains, and across the desert to Spokane, Washingtonians are just a day away from each of these wonders, all within one U.S. state.

Speaking of mountains, the fifth tallest (by less than 100 feet or 30 meters) mountain in the contiguous U.S. and the tallest in the Pacific Northwest, Mt. Rainier towers over the state of Washington. As a mountain and a volcano, it is a unique sight to see and an incredible challenge to summit.

Seattle is the birthplace of grunge: a huge cultural piece of the United States, uniquely tied to the Pacific Northwest region and more specifically, the singular city of Seattle. If you’re excited to venture to the root of ’90s fashion, or you’re looking for someone to blame for it, there’s only one place to go.

Washington State has been the birthplace of many legends, some of whom have been buried back home. It hosts the memorials of Kurt Cobain, Jimi Hendrix, and Bruce Lee (as well as his son, Brandon Lee). If these are people whom you’d like to honor, then Washington State is worth a visit. 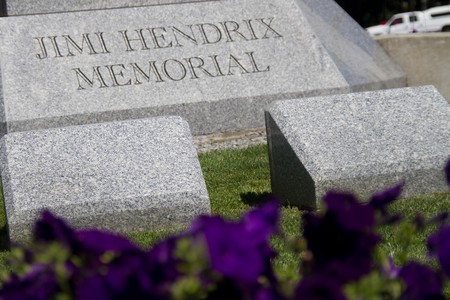 The nation’s oldest market, celebrated as one of the world’s best markets, still attracts tens of thousands of visitors every day. At Pike Place Market, the best of the Pacific Northwest, including produce, flowers, jewelry, art, handmade goods, and, of course, top-quality fish, delights visitors—both locals and tourists. Throw in the view of Elliott Bay and the Olympic Mountains, and you can’t get this anywhere else.

The Boeing Factory in Everett, WA is the largest building in the world by volume. Check it out through the Future of Flight Aviation Center and Boeing Tour. Tickets include admission to the 90-minute tour, which provides the opportunity to view the assembly of 747, 777, and 787 Dreamliners, as well as entrance to the Aerospace Gallery and the Strato Deck. 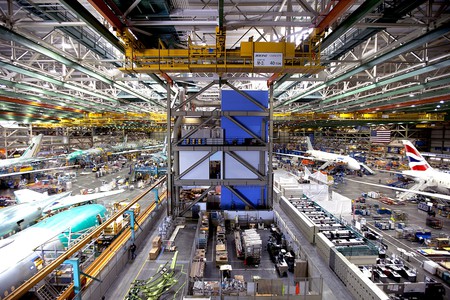 There is a city named after the first name of the first president of the United States of America in the only state named after a U.S. president: the city of George in the state of Washington. The “home of the world’s largest cherry pie,” George, Washington has a population of not much more than 500 people, but it attracts thousands on the Fourth of July!

Apples in Washington State are the best in the nation—this is not an exaggeration. It is a fact and one of the reasons that the state produces more than half the apples consumed in the U.S. So why not go straight to the source? Pick an apple in a Washington orchard for the most delicious snack experience ever. 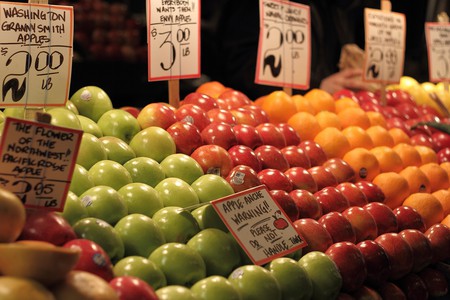 Only in Washington State can you visit the location of the world’s first rotating restaurant. As one of the city’s most distinctive buildings in its skyline, pretty much any excuse will do to visit the city’s seventh tallest building—once the tallest building west of the Mississippi River. Go check it out for a unique 360-degree view of the city from 605 feet (184.4 meters) up high!

Hop onto one of the ferries from the nation’s largest ferry fleet! While aboard, take in the iconic city skyline, majestic mountain ranges, and—if you’re lucky—some orca whales. Then, since you’re already on the ferry, you might as well go check out that Pacific Northwest island life.

Washington State is one of the few states (and maybe the only one) in the U.S. with a city that can only be accessed by a road through Canada. Yes, you read that correctly. If you want to get there without leaving the country, you have to travel via boat. By car, you must enter British Columbia, and then exit back into the U.S.A., into the accidentally exiled city of Point Roberts. 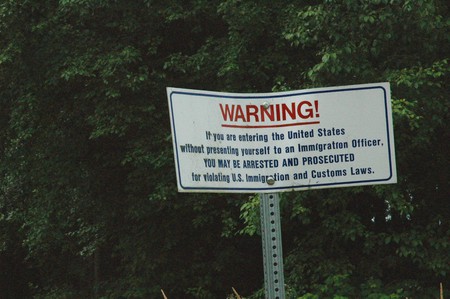 A state of industrial and creative incubation, you’ll need to travel to the Evergreen State to visit the first Microsoft, first Nordstrom, first Costco, first Amazon, first Starbucks, first R.E.I., and first UPS. They may be (not so slowly) taking over the whole world, but they all started right here.

Check out the streets of Seattle’s nightlife for hot dog vendors selling the ultimate Seattle tradition: cream cheese hot dogs. You can eat them elsewhere in the world, but nowhere else will offer a certain pride and fellowship served alongside it—which makes it all the more scrumptious.

Of course, each national park is unique to the states in which they reside. However, most national parks don’t have a mountain range, a rainforest, and hot springs all in one—right next to an ocean. If they do, they’re probably not contained by a single state. 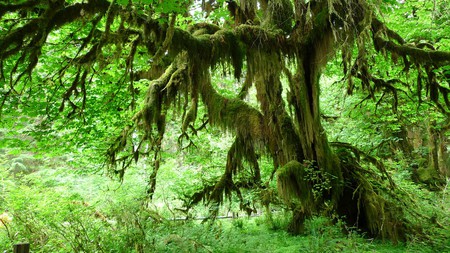