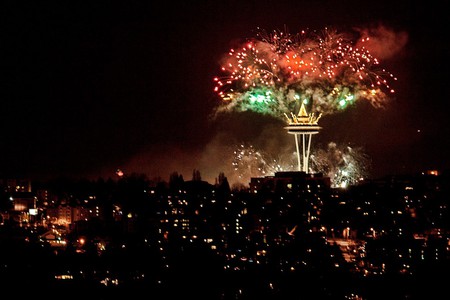 Like the rest of the holiday season, New Year’s Eve (NYE) is a welcome illumination in the dark winters up north. Though it can be a great opportunity to watch the pretty fireworks all cuddled up at Gas Works Park or on TV from the comfort of your fireplace-adjacent couch, NYE can also be infamous as the last night of debauchery before the start of next year’s resolutions. For those looking to end 2017 with a bang in Seattle, here are 10 ideas to get you started.

Want to feel like you’re on top of the world? Consider Seattle’s tallest building for your New Year’s Eve celebration. With 360-degree views, including the fireworks show at the Space Needle, purchase drinks and appetizers as you ring in the New Year in style. Admittance is first come, first served, so arrive early before the observatory reaches full capacity. 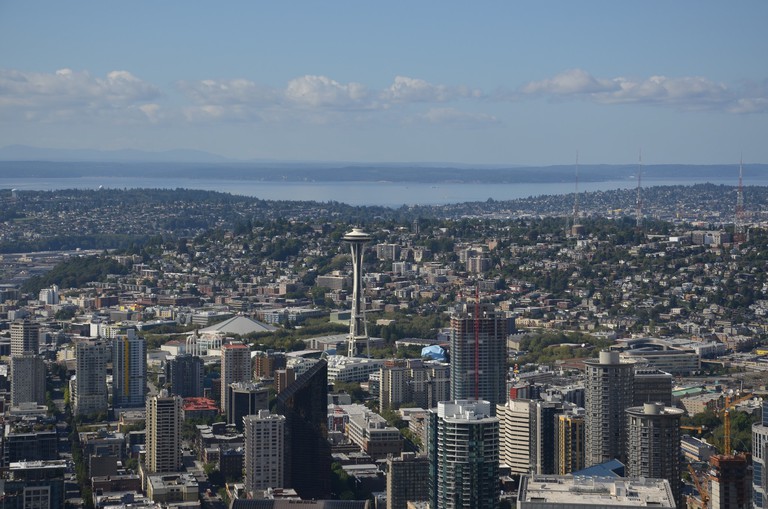 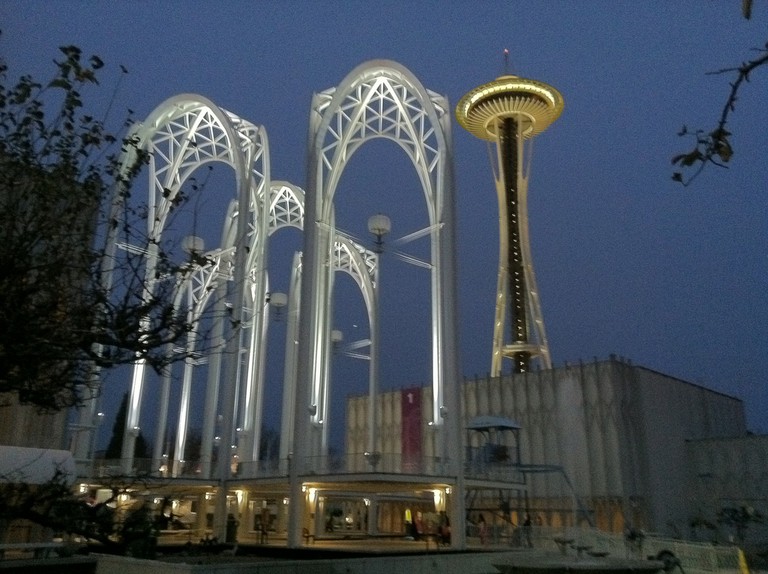 Seattle Center | © erocside/Flickr
Book Now
The Space Needle is the tallest building on Earth to launch fireworks. Experience NYE from inside the iconic structure or from the ground below. Alternatively, make your NYE a glass experience at the Chihuly Garden and Glass New Year’s Eve pARTy. For a scientific twist, head next door to SPECTRA 2018: New Year’s Eve Under the Arches with laser shows at the Pacific Science Center. Finally, you can join over 2,000 guests at the Museum of Pop Culture’s Indulgence, one of Seattle’s largest NYE parties.
Open In Google Maps
305 Harrison Street, Lower Queen Anne, Seattle, Washington, 98109, USA
+12066847200
Visit Website
Give us feedback

A huge NYE party at the WaMu Theater, Resolution celebrates the coming New Year with EDM stars, such as Alesso, Grizzly, and Madeon, 6,000 balloons, and 500 pounds of confetti. This 18+ festival actually takes place Friday, December 29, 2017, so you can attend on top of celebrating the day of NYE. Check it out for a crazy way to start the NYE weekend.

This NYE Bar Crawl may be just what we all need to burn the calories we drink! Crawl your way into the New Year with exclusive drink specials at participating bars, including Sam’s Tavern, Bar Sue, Raygun Lounge, Speckled & Drake, and Kessler’s. From 10 pm on December 31, 2017, to 2 am the following year, these 21+ festivities will be a great adventure to start off 2018.

Want to celebrate NYE Lonely Island style? Consider the Gatsby’s Yacht 2018. We’re talking complimentary appetizers, a premium open bar, and party favors—all with a roaring ’20s theme. As you can imagine from that description, tickets start at a couple of hundred dollars. For a little less expensive of a ticket (starting at only $100), check out the NYE Fireworks Yacht 2018, with complimentary appetizers, a cash bar, and semi-formal attire.

Moisture Festival will be hosting New Year’s Eve Extravaganza, a fundraiser to support their spring festival. Enjoy varieté performances, including those by Avner the Eccentric, Godfrey Daniels, Lamonte & The Family Affair, and Ron W. Bailey, and complimentary appetizers—all for $75 to $90. Ring in the New Year with laughter and awe at the athletically and mentally impressive show! 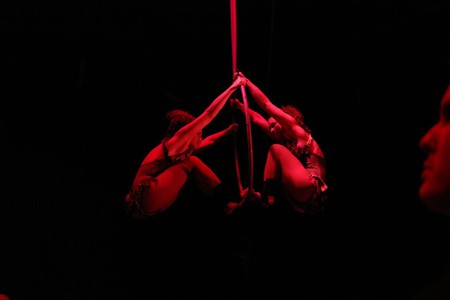 A more affordable NYE party, starting at $25, Shine NYE is all about the things that glitter, shimmer, and, well, shine. Hip-hop, funk, house, and disco are all set to be present throughout the night on their three stages. The complimentary champagne toast at midnight is only the beginning though, as this party runs until 5 am! Of course, no alcohol can be served after 2 am, but dancing and food will certainly stick around.

This year at Benaroya Hall, the Seattle Symphony will be backing Tony DeSare as he sings and plays piano’s greatest hits. Including songs by Elton John, Ray Charles, and John Lennon, the concert will be followed by a party, a glass of champagne, and a midnight countdown with a live performance to boot! This sophisticated NYE celebration starts at 9 pm and dances through to 1 am. 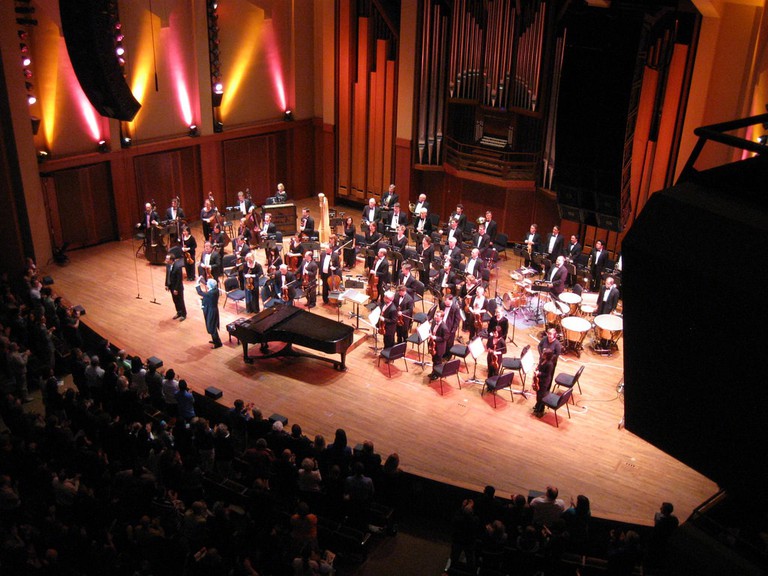 Check out the Can Can in Pike Place Market for a combined theater and Cabaret performance in a venue turned winter wonderland. The show of “classic beauty and flirtatious artistry” will mesmerize the audience visually while patrons of the 5:30 pm and 8 pm shows will also marvel at the culinary genius provided in their four-course menu. The 11 pm performance will include a champagne toast and party favors instead of the meal.

Get a head start on your resolution to work out more with the best abs workout of all time: laughter! This comedy improv battle with 20 improvisers includes teams, scoring by the audience, and a NYE celebration. Performing from 10 pm to a little before midnight to start the countdown into 2018, check out this NYE party for “comedy, camaraderie, and champagne!”