10 Things to See and Do in Spokane, Washington

Spokane is a historic and beautiful town in Eastern Washington; located close to the mountains and one of the few towns in the U.S. through which a river runs. It’s a dynamic city that attracts both outdoor lovers and arts and culture enthusiasts, and as a visitor, you’ll find all sorts of things nearby from river rafting to wine cellars. Here’s a list of 10 amazing things to see and do in Spokane. 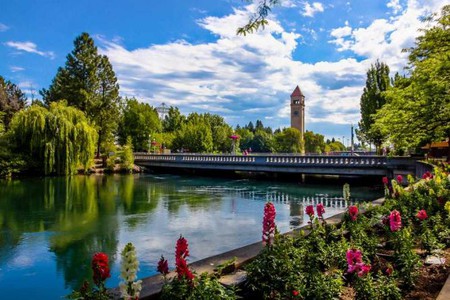 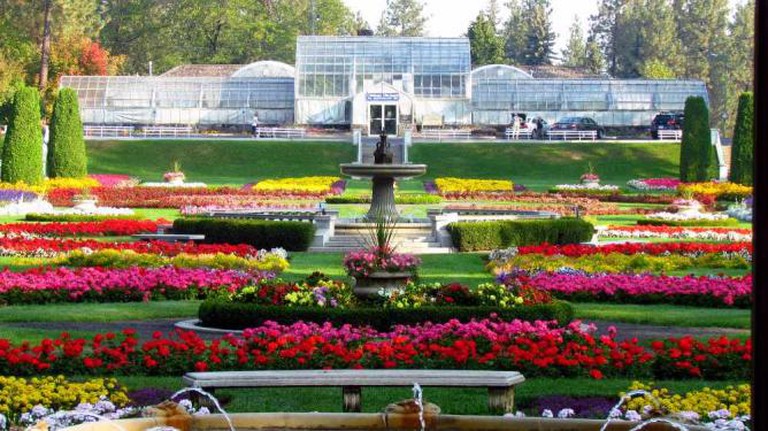 Duncan Garden in Manito Park | © Pedro Pablo Gomez/Flickr
The City of Spokane’s Riverfront Park is 100 acres of urban park, including the Spokane Falls and dam. Most of the park is located on an island on the Spokane River, which is known as the site of the 1974 World’s Fair. The park features many outdoor sculptures, the Riverfront Park Carousel, and the Rotary Fountain, a popular attraction in the summer for families trying to stay cool in the Eastern Washington heat. The park also contains a walking path that connects to Huntington Park, and the Riverfront Park connects to the Centennial Bike Trail, where you can bring your bicycle for a ride along the Spokane River.
Open In Google Maps
507 North Howard Street, Downtown Spokane, Spokane, Washington, 99201, USA
+15096256600
Visit Website
Visit Facebook page
Give us feedback 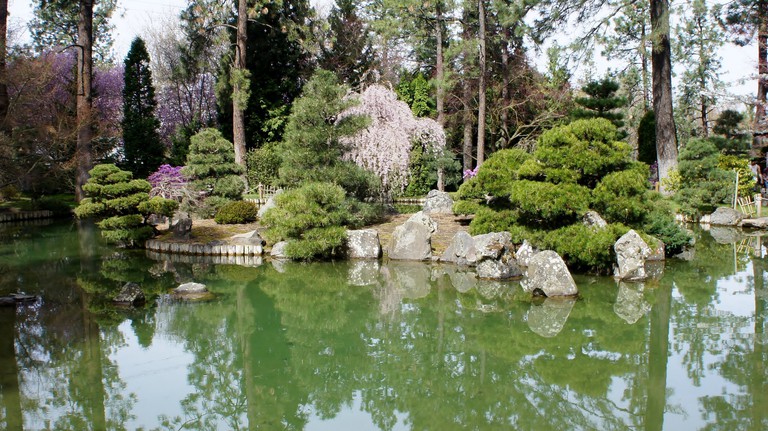 Manito Japanese Gardens | © Tracy Hunter / Flickr
One of Spokane’s most beautiful parks is located in the South Hill neighborhood. Manito Park is 90 acres of lawns, playgrounds, topiary shrubs, gardens, biking and walking paths, and a greenhouse conservatory. The Rose Hill Garden features 1,500 rose bushes of over 150 varieties, and at the corner of Manito Park is the Nishinomiya Japanese Garden. There is also Duncan Garden, a Renaissance-style garden with displays of colorful flower and plant beds, a central water feature, and a gazebo.
Open In Google Maps
1702 S Grand Blvd., Spokane, Washington, USA
+15096256200
Visit Website
Give us feedback

Northwest Museum of Arts and Culture

65 acres of wooded hills, the John A. Finch Arboretum is a variety of landscapes to please the eye from pine forests to a glen of rhododendrons. It’s a beautiful place to go for a walk, especially in the fall and spring. There may be no playgrounds, but there are plenty of open grassy areas to run around that are also perfect for a picnic, and there’s also a pleasant creek that runs through the park.

Go rafting on the Spokane River

With crashing whitewater rapids and peaceful, calm waters, rafting on the Spokane River is a perfect way to get out and experience Spokane. There are rafting tours with guides that take you right along the river through downtown Spokane, and you can also rent anything from canoes to kayaks to paddleboards at a variety of places. You can find your ideal launch site and rafting area on the Spokane water trail map. Try rafting with Pangaea River Rafting or ROW Adventure Center.

Park
Facebook
Email
Twitter
Pinterest
Copy link
Share
Map View
Mount Spokane State Park is a beautiful place to go for a day hike and is just a perfect way to get out of town and explore. A 13,919-acre camping park in the Selkirk Mountains, the state park features old growth forests and granite rock outcroppings. In the wintertime, there’s Nordic skiing as well as alpine night skiing, and in the summer they’ve got 90 miles of bike trails, 100 miles of horse trails, and 100 miles of hiking trails to blaze. You can also rent a cabin on the summit of Quartz Mountain for a spectacular view of Spokane Valley, which is filled with fields of wildflowers and huckleberries.
Open In Google Maps
26107 North Mount Spokane Park Drive, Mead, Washington, 99021, USA
+15092384258
Visit Website
Give us feedback 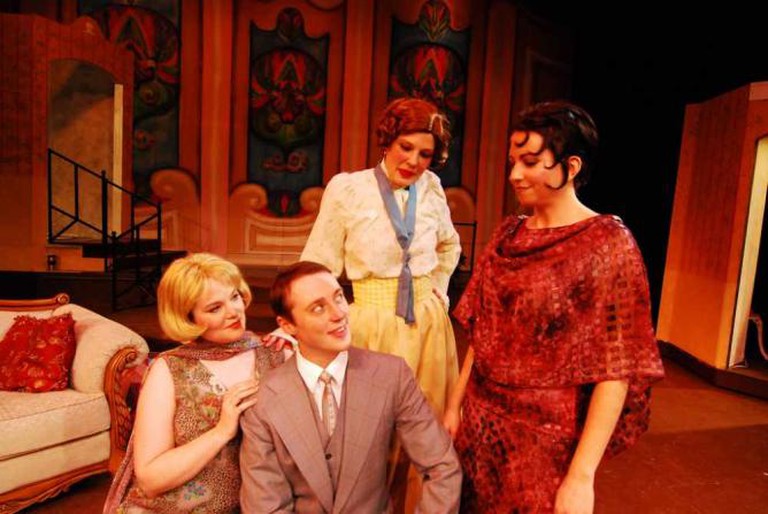 No, No Nanette at Spokane Civic Theatre | © Sir Andrew Aguecheek/Flickr
Built in 1915 as a silent film movie house, The Bing Crosby Theater was renamed after Bing Crosby performed there in the 20s when the theater manager thought of hosting live performances between movies to generate interest. Today, it hosts all sorts of live music, dance, film, and other forms of media. Their upcoming events include performances from Spokane Jazz Orchestra, a stage production of The Lion, the Witch, and the Wardrobe, the Russian Grand Ballet’s Swan Lake, and a variety of musicians.
Open In Google Maps
901 West Sprague Avenue, Downtown Spokane, Spokane, Washington, 99201, USA
+15092277638
Visit Website
Give us feedback

The place to go in Spokane for all thespian entertainment, Spokane Civic Theatre puts on all kinds of shows throughout the year, both musicals and plays, from White Christmas to Little Women to Catch Me If You Can: The Musical. Civic is one of few community theaters to own its own building and land and is one of the oldest community theaters in the country.
Address & phone number: 1020 N Howard St Spokane, WA USA +1 509-325-2507

Established in 1982, Latah Creek is a pioneer of the now thriving Washington State wine valleys and vineyards. Wine Spectator heralded their merlot to be one of the best in the State of Washington. You can come and visit them right in Spokane Valley and taste their wines, as well as tour their wine making facilities and warehouse.
Address & phone number: 13030 E Indiana Ave Spokane Valley, WA USA +1 509-926-0164