10 Things to See and Do in Capitol Hill, Seattle 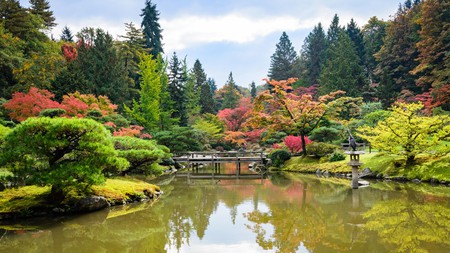 Seattle’s Capitol Hill neighborhood hosts many events every year, including the Capitol Hill Block Party in July and Seattle PrideFest in June. But even when there doesn’t seem to be much officially happening in Capitol Hill, you’ll find plenty to do – from visiting parks to listening to live music at some of Seattle‘s most popular venues. Here we’ve named some awesome things to do in Seattle’s coolest neighborhood. 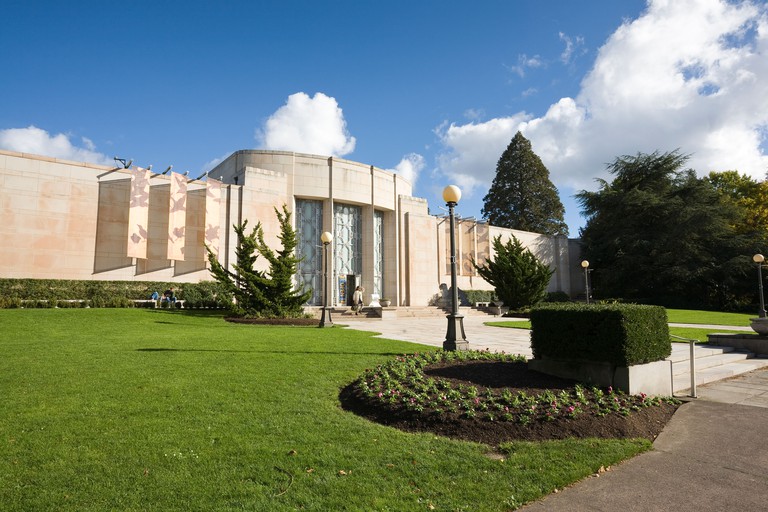 © Paul Christian Gordon / Alamy Stock Photo
Located in the middle of Volunteer Park, the Seattle Asian Art Museum may be small, but it has plenty of fantastic exhibits worth exploring, including an ongoing exhibit of colored vases by Ai Weiwei. The permanent collection has a fair balance of ancient and modern art, and the museum itself offers a beautiful view of Volunteer Park.
Open In Google Maps
1400 East Prospect Street, Capitol Hill, Seattle, Washington, 98112, USA
+12066543100
Visit Website
Give us feedback 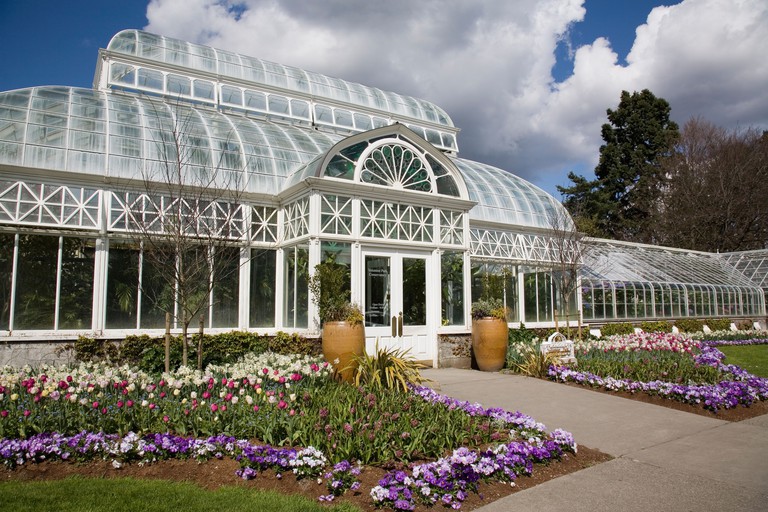 © Chuck Pefley / Alamy Stock Photo
Volunteer Park is a 44-acre (18ha) park in the center of Seattle. It is home to a beautiful glass, Victorian-style conservatory divided into five display houses: bromeliads, ferns, palms, cacti and succulents. The park also has a wading pool, perfect for a hot summer’s day to beat the heat, as well as several beautiful sculptures throughout the park, including Isamu Noguchi’s Black Sun near the Seattle Asian Art Museum.
Open In Google Maps
1247 15th Ave E, Seattle, Washington, USA
+12066844075
Give us feedback

Park
Facebook
Email
Twitter
Pinterest
Copy link
Share
Map View
An elegant and tranquil garden in the center of the Washington Park Arboretum, the garden is home to koi carp, Japanese maples and beautiful formal garden designs. Spanning 3.5 acres (1.4ha), the Japanese Garden is a quiet place to sit and think or walk through for a moment of solitude. Designed and constructed in 1960 by Juki Iida, the project included transporting 500 granite boulders from the Cascade Mountains ranging from 1,000 pounds (454kg) to 11 tons (10 tonnes). The garden also features a Shoseian teahouse donated by the city of Tokyo.
Open In Google Maps
1075 Lake Washington Boulevard East, Stevens, Seattle, Washington, 98112, USA
+12066844725
Visit Website
Give us feedback

Park, Botanical Garden
Facebook
Email
Twitter
Pinterest
Copy link
Share
Map View
Composed of 230 acres (93ha) of park nestled in Capitol Hill by Lake Washington, Washington Park Arboretum is managed cooperatively by the University of Washington and the City of Seattle. You can find all sorts of plants and trees, from lindens to larches to true ashes. Travel through Cascadia, Australia, China, Chile and New Zealand all in a day by visiting the 12-acre (5ha) Pacific Connections Garden, which tracks plants along the Pacific Rim, including alpine bottlebrush, which you’d find in Australia in the peatlands of Mt. Kosciuszko.
Open In Google Maps
2300 Arboretum Drive East, Madison Park, Seattle, Washington, 98112, USA
+12065438800
Visit Website
Give us feedback

Cinema, Movie Theater
Facebook
Email
Twitter
Pinterest
Copy link
Share
Map View
A one-screen theater, the Egyptian Theatre features foreign language cinema, independent films, restored classics and documentaries. It was built in 1915 originally as a Masonic temple with a main auditorium and smaller auditorium. In the 1970s, the Masons used the main auditorium as a wrestling arena to raise money, and in the 1980s, it was used for the Seattle International Film Festival (SIFF) and became a theater, redecorated in an ancient Egyptian-inspired interior design. The Egyptian Theatre continues to host SIFF, one of the largest film festivals in North America.
Open In Google Maps
805 E Pine St, Seattle, Washington, 98122, USA
+12067204560
Visit Website
Give us feedback 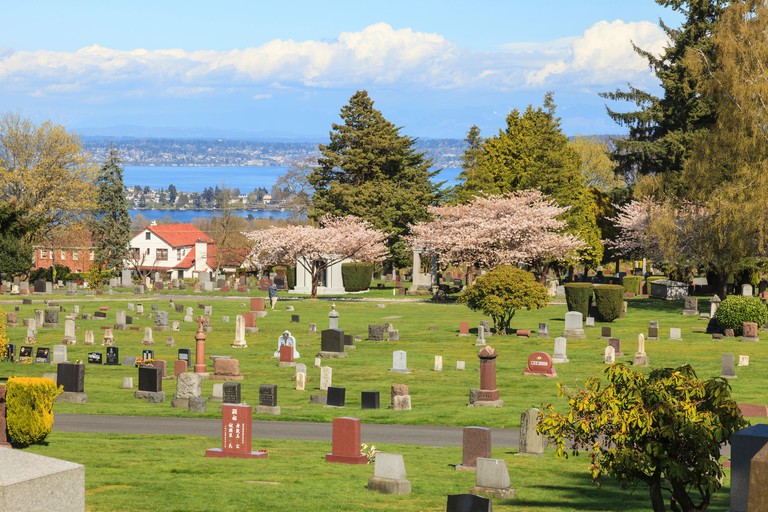 © Danita Delimont / Alamy Stock Photo
Also located in Volunteer Park is the Lakeview Cemetery, where the martial artist and actor Bruce Lee and his son are buried, as well as the daughter of Chief Seattle, Princess Angeline. The cemetery was founded in 1872 as a Masonic cemetery, and it also includes the Nisei War Memorial Monument dedicated to Japanese American veterans in 1949. It’s worth a visit while walking around Volunteer Park, and it has some spectacular views of the Seattle skyline.
Open In Google Maps
1554 15th Avenue East, Capitol Hill, Seattle, Washington, 98112, USA
+12063221582
Visit Website
Give us feedback

Music Venue
Facebook
Email
Twitter
Pinterest
Copy link
Share
Map View
An iconic Seattle music venue since 1991, the Crocodile in Capitol Hill has hosted bands like Nirvana, Pearl Jam, and R.E.M. Today it attracts a range of artists from genres of hip hop to electronic to folk. Artists and bands that have played at the Crocodile include Macklemore, Neon Indian, Bombay Bicycle Club, Zola Jesus and the Head and the Heart. The Back Bar is a cozy place that serves hot pizza and cold beer and hosts intimate, sweaty local shows when there’s no one playing at the showroom.
Open In Google Maps
2200 2nd Avenue, Downtown Seattle, Seattle, Washington, 98121, USA
+12064414618
Visit Website
Give us feedback

Music Venue
Facebook
Email
Twitter
Pinterest
Copy link
Share
Map View
A music venue that hosts all sorts of musicians and bands playing genres from indie rock to hip hop to metal, Neumos has hosted a variety of artists at its venue, including Muse, M83, Vampire Weekend, Adele, Iron & Wine and Crystal Castles. The historic Moe’s Mo’Roc’N Café, which Neumos is a reopening of, was the scene where Neil Young launched his collaboration with Pearl Jam with a debut of their Mirror Ballalbum. Moe’s had attracted many bands including Bush, Oasis, and Goo Goo Dolls, and hosted a free Radiohead concert that caused near-riots.
Open In Google Maps
925 East Pike Street, First Hill, Seattle, Washington, 98122, USA
+12067099442
Visit Website
Give us feedback 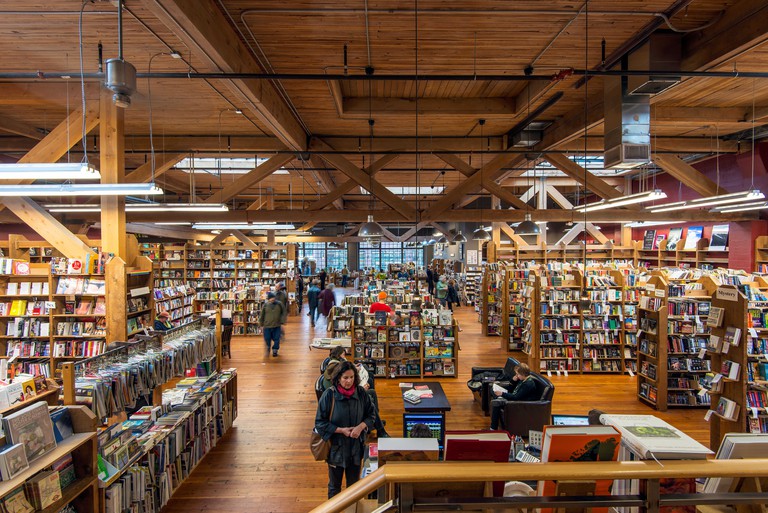 © Stefano Politi Markovina / Alamy Stock Photo
Seattle’s rainy, cloudy weather makes many crave two things: a warm cup of coffee and a good book to read. A favorite bookstore of Seattle since 1973, the Elliott Bay Book Company is an independent, family-owned bookstore complete with a café for reading and sipping hot drinks. The bookstore writes its own reviews of books, and you’ll find labels underneath the shelves that recommend books for the indecisive. It’s a perfect way to spend a rainy afternoon.
Open In Google Maps
152110th Ave., Seattle, Washington, USA
+12066246600
Visit Website
Give us feedback

Shop, Store
Facebook
Email
Twitter
Pinterest
Copy link
Share
Map View
A trip to Seattle is incomplete without a stop at a record store. Selling vinyls, cassette tapes, games and movies, Spin Cycle is the place to get hard copies of all your favorite media. If you like to window shop and browse stores on a whim, Spin Cycle will keep you occupied. It has an impressive collection of classic punk rock albums and other vinyls, used DVDs and Blu-rays, and a wide variety of games for all sorts of consoles. The staff is knowledgeable and friendly and can help you find the most obscure films, music and other sorts of media if you’re trying to track down something nostalgic.
Open In Google Maps
321 Broadway East, Capitol Hill, Seattle, Washington, 98102, USA
+12069710267
Visit Website
Give us feedback
Give us feedback