10 Musicians from Seattle That Aren’t Grunge 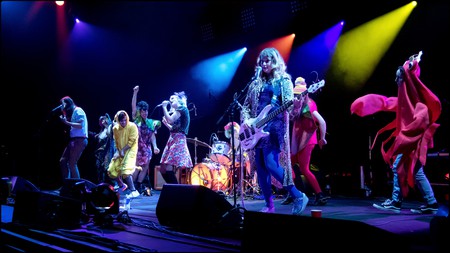 While grunge officially marked Seattle as a music hotbed during the early-1990s—thanks to bands like Nirvana, Pearl Jam, Alice in Chains, and Soundgarden—the Emerald City was in the scene long before. Musician Quincy Jones spent part of his childhood in the Pacific Northwest, attending Garfield High School, learning both instruments and musical arrangement.

At 18, Ray Charles moved from Florida up to Seattle under the notion that all radio hits came from the north. And in 1942, Jimi Hendrix, one of the most influential guitarists in music history, was born. Seattle’s music scene looks a lot different today, but thanks to the 10 musicians listed below, it continues to grow.

Lead singer Ben Bridwell, alongside bassist Chris Early and drummer Tim Meinig, formed the Grammy-nominated rock group Band of Horses in 2004. They quickly rose to popularity after performing “The Funeral” on the Late Show with David Letterman in 2006. The early hit is used in a number of movies and TV shows like 127 Hours, Megan Leavey, Criminal Minds, and Gossip Girl. Since its release, the band put out a total of five albums, with 2016’s Why Are You OK being their latest. Despite relocating to Charleston, South Carolina, Band of Horses continues to be a Seattle favorite.

The beloved alternative rock band Death Cab For Cutie laid roots all over western Washington. From Puyallup to Bremerton to Bellingham (where they officially formed in 1997 while attending Western Washington University), the band finally set up shop in Seattle. With eight studio albums to their name, it took until the fourth album—Transatlanticism released in 2003—for the band to garner commercial success. Over the years, Death Cab For Cutie released several indie hits like “Title and Registration” and “I Will Follow You Into the Dark.” 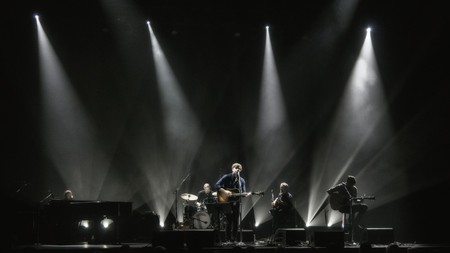 Brandi Carlile, whose songs appeared on both Grey’s Anatomy and Private Practice, released albums in several genres like folk, alternative, and pop. After dropping out of high school to pursue a career in music—teaching herself both the piano and the guitar—the Ravensdale-born singer found success after the release of her second album, The Story (2007). Since then, Carlile, along with twin bandmates Tim and Phil Hanseroth, has topped Billboard charts, earned Grammy nominations, and even garnered praise from Barack Obama.

The alternative, pop-rock band Chastity Belt was formed in 2010. The four bandmates met while attending Whitman College in Walla Walla, Washington. Similar to Tacocat, the band’s songs are praised for their comedic approach to topics like gender and femininity. Chastity Belt caught the eye of Seattle indie band Death Cab For Cutie in 2015 and subsequently went on tour with them, opening shows in the UK and mainland Europe.

Mike Hadreas, known by his stage name Perfume Genius, cites musicians PJ Harvey and Nina Simone as two main influences. The Des Moines, Iowa-born musician moved to Seattle at a young age and began learning piano. His music is defies categorization—often meshing pop and indie genres to produce songs equal parts poetic and menacing. Since 2010, Hadreas released four studio albums and performed the songs “Queen” and “Slip Away” on late night shows like The Late Show with Stephen Colbert and The Late Show with David Letterman. 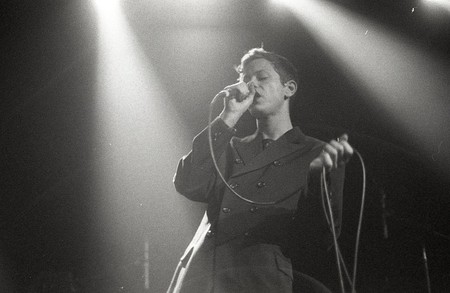 Originally named The Pineapples, Fleet Foxes started making headlines the minute they self-released their first EP Fleet Foxes in 2006. Bandmates Robin Pecknold and Skyler Skjelset met in Kirkland while attending Lake Washington High School and, after discovering their mutual music taste, formed the Grammy-nominated indie folk band. Their second studio album released in 2011, Helplessness Blues, found a home on the top album lists of a number of publications including Rolling Stone, The Guardian, and Paste. Following the album and their rapid rise in popularity, the Fleet Foxes went on a hiatus, which ended in 2017 after the release of their third album, Crack-Up.

The Head and the Heart

The indie folk band The Head and the Heart opened for a number of indie, alternative bands over the years like The Decemberists, Death Cab For Cutie, Vampire Weekend, and Iron & Wine. Since their formation in 2009, the band released three albums, all of which garnered praise and popularity. Their songs “River and Roads,” “Lost in my Mind,” and “Down in Valley,” were featured in a number of TV shows and movies like Silver Linings Playbook, New Girl, and How I Met Your Mother.

Band members Lelah Maupin and Eric Randall met while working at the Longview, Washington Safeway grocery story. It wasn’t until they made their way to Seattle and met Emily Nokes and Bree McKenna that the pop-punk band Tacocat formed. The band is noted for their sarcastic approach to songs about harassment and feminism. In 2015, they made headlines after Katy Perry’s infamous Superbowl halftime show when fans pointed out the similarities between Perry’s performance and Tacocat’s “Crimson Wave” music video.

Originally from Everett, Washington, Grammy-nominated musician Mary Lambert made her way to the Emerald City in 2007 to study composition at Cornish College of the Arts. Lambert’s career quickly soared following her work on the song “Same Love” with Seattle artists Macklemore and Ryan Lewis. Shortly after, she released her debut song “She Keeps Me Warm,” which, as of today, has more than ten million views on YouTube.

Kenny G, one of the best-selling instrumentalists of all time, was born and raised in Seattle’s Seward Park neighborhood. The legendary saxophonist, who picked up the instrument at the age of 10, attended Whitworth Elementary School, Sharples Junior High School, and Franklin High School before graduating from the University of Washington in 1978. In recent years, Kenny G has a made a number of appearances alongside artists like Foster the People and Katy Perry, and is a household name, impossible to overlook as a staple Seattle musician.