Where to See Cherry Blossoms in the US Outside of Washington, DC 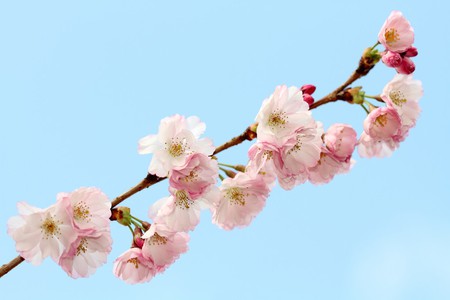 Sure, Washington, DC may be the most famous place in the country to see cherry blossoms, but it’s far from the only place to do so, come April. Here are some of the best spots to go blossom peeping this spring outside the nation’s capital.

The Brooklyn Botanical Gardens offers an opportunity to experience cherry blossoms right in the heart of New York City. The famous Cherry Esplanade is perhaps the most scenic in the park, but you can’t go wrong during April in its gorgeous displays. 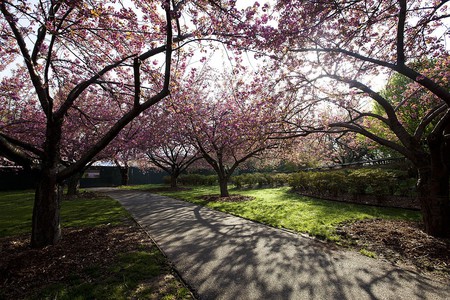 Many of the cherry blossom trees in Philadelphia’s Fairmont Park were a gift from the Japanese government in 1926. Fairmont Park is the site of a festival dedicated to the budding trees in April, which features a fashion show, pet parade, and tours of the park’s Japanese house and garden. 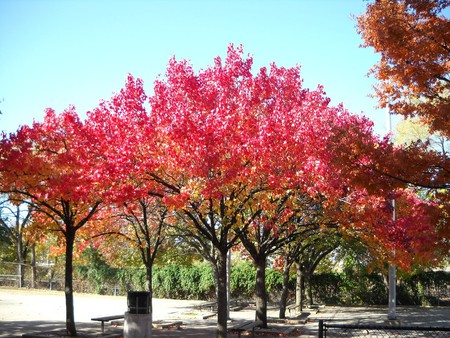 The festival that accompanies the cherry blossoms in April is the best way to experience the blossoms. The festival celebrates the rich cultural and historical ties between Japan and the city of San Francisco, and includes everything from origami workshops to tea ceremonies to traditional dances performed by children. 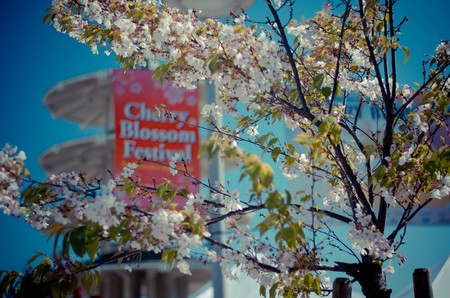 Macon, Georgia actually has the most cherry blossom trees of anywhere in America. More than 300,000 cherry blossom trees are located in the mid-size city. Thanks to the warmer climate, they begin to bloom in late March, so if that’s when your schedule would best permit for travel and you are keen to see the trees, keep Macon in mind. 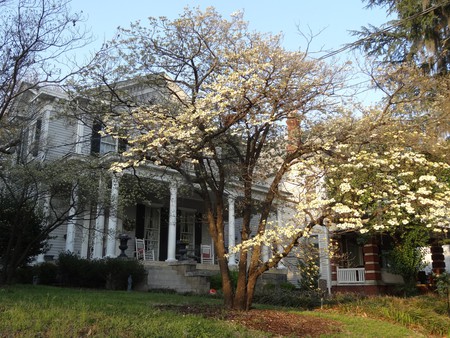 Japan launched an initiative in 2009 that is dedicated to planting over 1,000 trees in the city over the course of ten years. There are now over 800, most prominently lining a walkway that makes an especially incredible backdrop for the requisite cherry blossom Instagram. 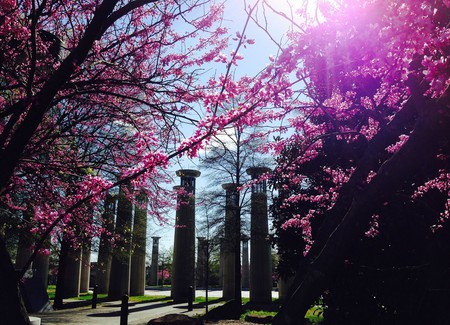 The historic brownstones of Boston and the Charles River make a beautiful backdrop for the cherry blossom trees that bloom in the city come April. Take a walk or a run along the river and revel in the trees, ending on Commonwealth Avenue, where they tend to look especially stunning. 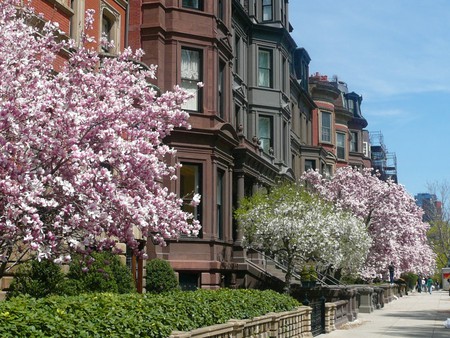 These Botanical Gardens in St. Louis, Missouri, have a famous Japanese garden section, where come April, over 230 trees bloom in concert. The trees here are descendants of trees gifted to the United States by Japan in 1912, making them a particularly good option for the historically inclined. 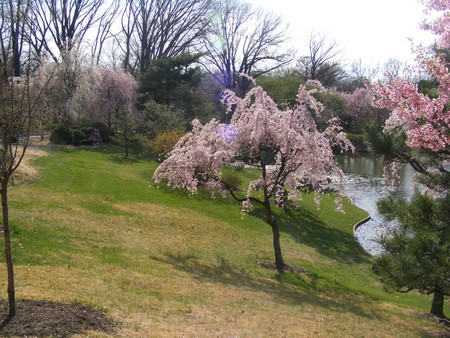