Sun Set on the Tidal Basin ©terren in Virginia
In Washington, DC, local chefs have capitalized on the Washingtonian taste for festive tapas. Given the city’s blend of cultures, our tour of the top 10 tapas venues extends beyond traditional Iberian delicacies to include the flavors of Mexico, India, Italy, the Mediterranean and other savory global influences that reflect this diverse capital city. Explore our guide to the ten best tapas hotspots in Washington, DC.
Courtesy of Barcelona Wine Bar & Restaurant

At Estadio, Executive Chef Haidar Karoum and Chef de Cuisine Ruffino Bautista bring their interpretations of contemporary Northern Spanish cuisine to Washington, D.C. denizens who crave the Basque and Catalan flavors flowing from the open-concept kitchen. Echoes of Spain are found throughout the space, from bull-fighting and flamenco murals to elegantly ornate iron chandeliers. While you indulge in one of the 250 mainly Spanish wines, choose any of the pintxos (small plates) or raciones (entrées), such as the signature dish of tortilla espanola or the crispy duck breast with Beluga lentils and Catalan greens to accompany your choice vintage.

Oyamel Cocina Mexicana serves upscale interpretations of Mexico’s most savory regional dishes. From the urbane taco to creative antojitos (street food) and ceviches, Oyamel is a fiesta of flavors. Try the melted Chihuahua cheese flambéed with tequila and served with fresh hand-made tortillas. There is also a 30-page drink menu with choice cocktail, tequila and wine selections. Philippe Starck chairs and faux-butterflies adorn the lounge space. 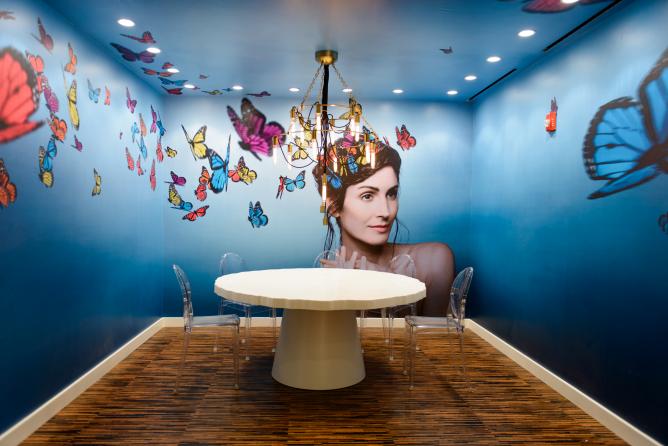 Nestled among the traditional brick facades of Washington D.C.’s Georgetown neighbourhood, Bandolero serves up contemporary Mexican fare from Chef Tony Starr, who previously worked under Top Chef contestant and former Bandalero Chef Mike Isabella. The boisterous space offers a bold moody design that celebrates all things skulls and bones – a motif that refers to the traditional Mexican holiday Día de Muertos (Day of the Dead) in which families gather to celebrate their dearly departed. The menus include a tequila- and mescal-laden cocktail list and dishes that range from tacos and enchiladas to ceviches and tasty entrées such as the chuletas de cordero (lamb chops with jalapeño mashed potatoes). Monday through Friday is ‘Bandido’ (happy) hour, and on Friday and Saturday, the eatery serves a special late night menu until midnight.